A review of the 20 most expensive pictures of all time, at auction or private sale. Below is a list of the most expensive paintings sold. Price paid and year of purchase are included.

See also: 10 Most Expensive Photographs in the World 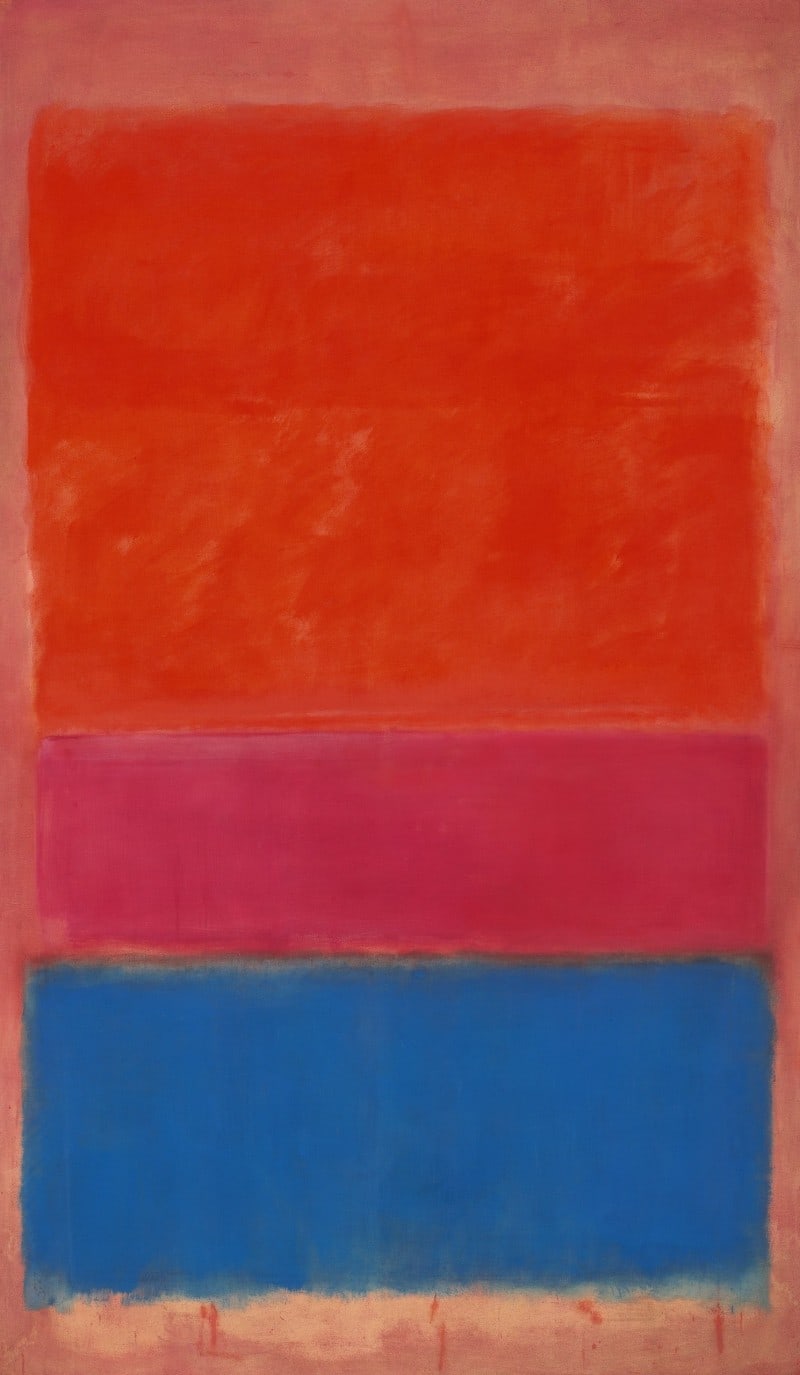 The majestic canvas was one of eight works hand-selected by Rothko for his landmark solo show of the same year at the Art Institute of Chicago.

Bought by Kenneth Thompson at Sotheby’s London, July 2002. The flamboyant and dramatic work by Rubens -though recently some voices discussing its authenticity have been heard- could also fight for the title of “most unexpected success”: Christie’s had estimated its price at a mere £5 million. 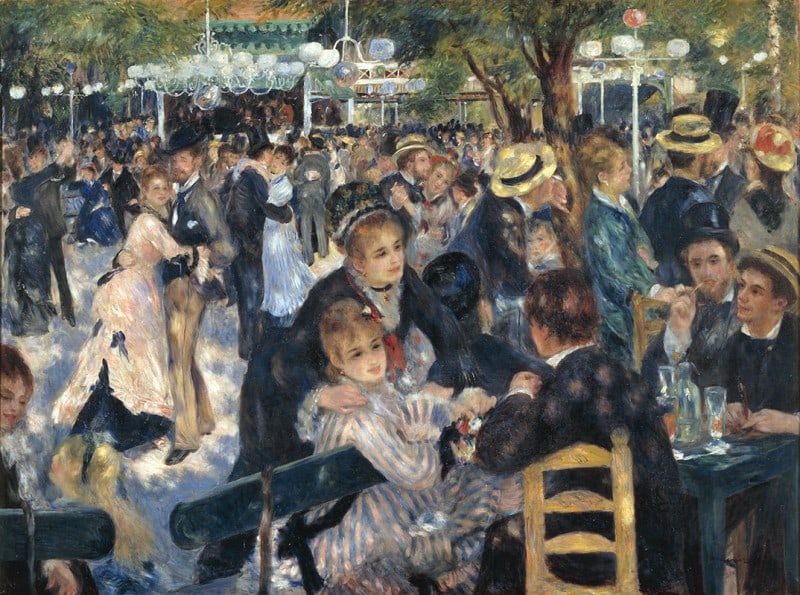 At the time of its sale in 1990, it was the second most expensive painting ever sold. This masterpiece even went to the same person that bought number one at the time, Daishowa Paper Manufacturing Co. chairman Ryoei Saito. Again, he wanted this one cremated with him as well, but his companies ran into problems with loans and debt so it had to be sold on as collateral. 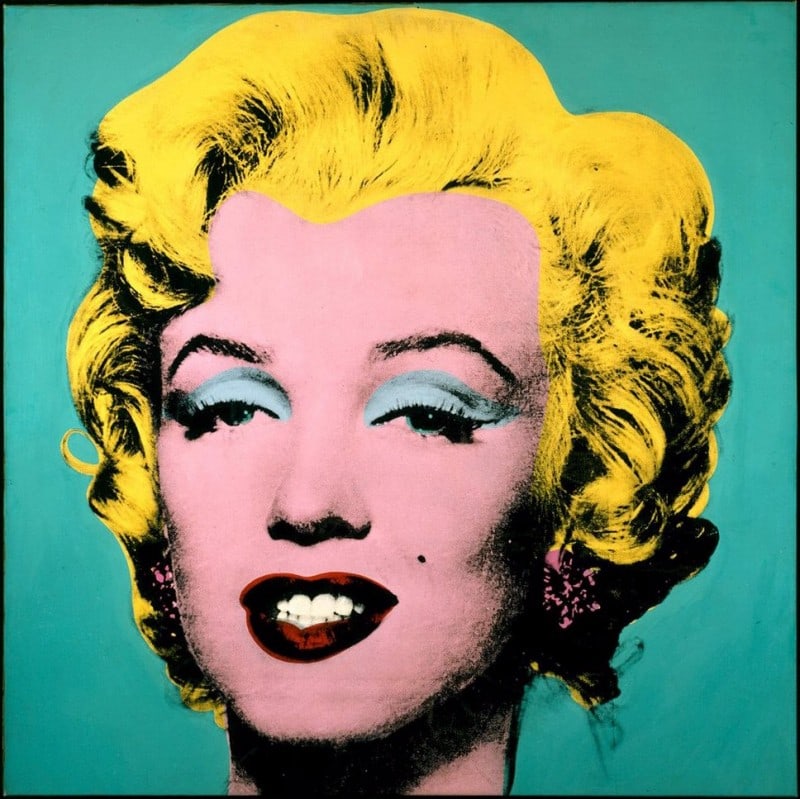 Bought by Mr. Steve Cohen, the price was not confirmed but is generally accepted to be true Another painting formerly owned by Geffen and allegedly sold to CEO of the Citadel Investment Group, Kenneth C. Griffin, making it the most expensive painting to be sold by a living artist, the iconic Jasper Johns. 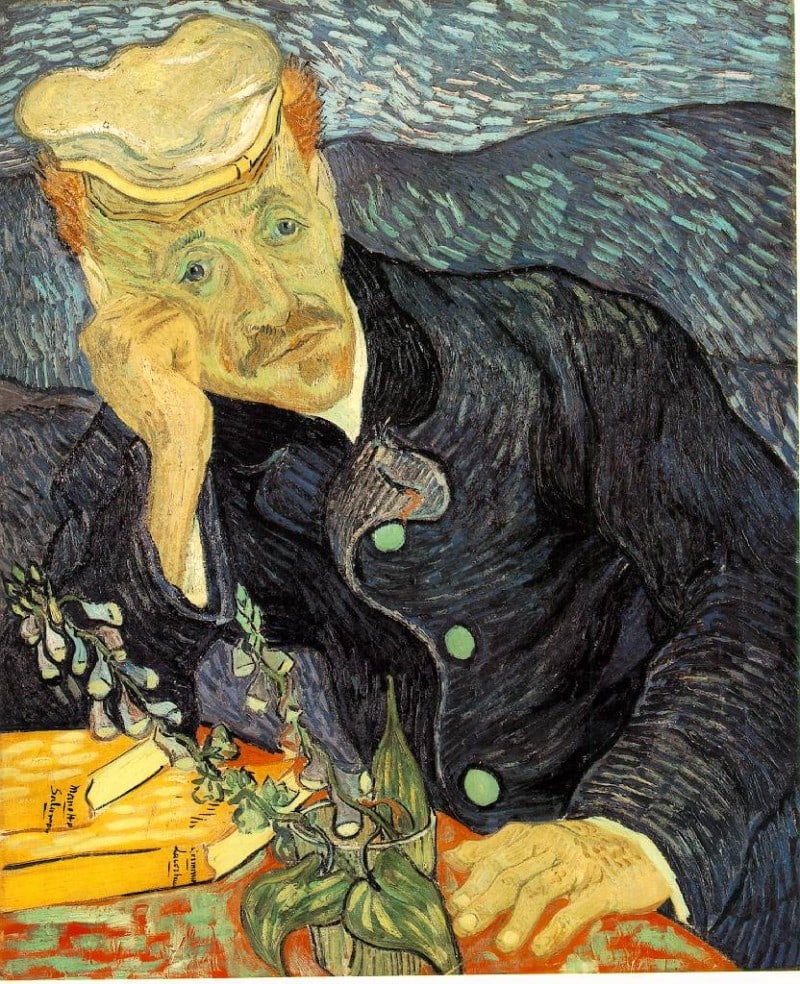 Up for auction in 1990 and purchased by Japanese businessman Ryoei Saito, this was – at the time- the most expensive painting in the world. Saito (then 75) caused controversy at the time, stating that when he died, he’d have the painting cremated along with him. This was later cleared up as he claimed that he was only using the expression to show his intense affection for it. 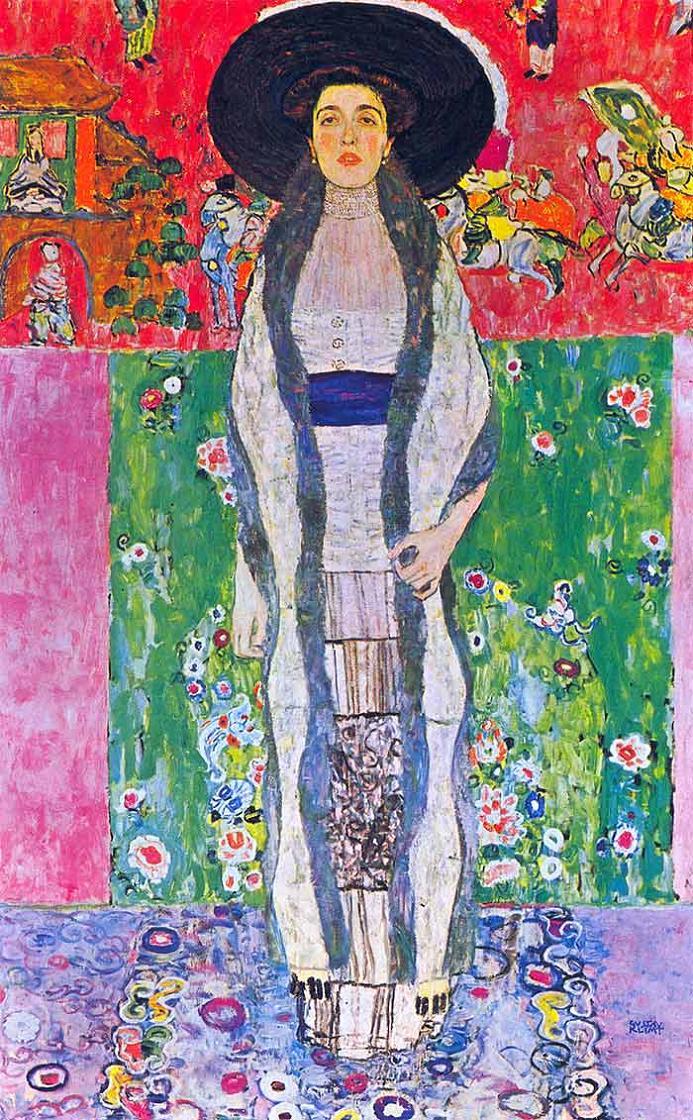 The only model to be painted twice by Klimt and sold a few months after the first version, this portrait of Bloch-Bauer was part of a lot in 2006 of four Klimt paintings that went on to fetch a total of $192 million. Buyer unknown. Click Here and go compare other paintings by Gustav Klimt. 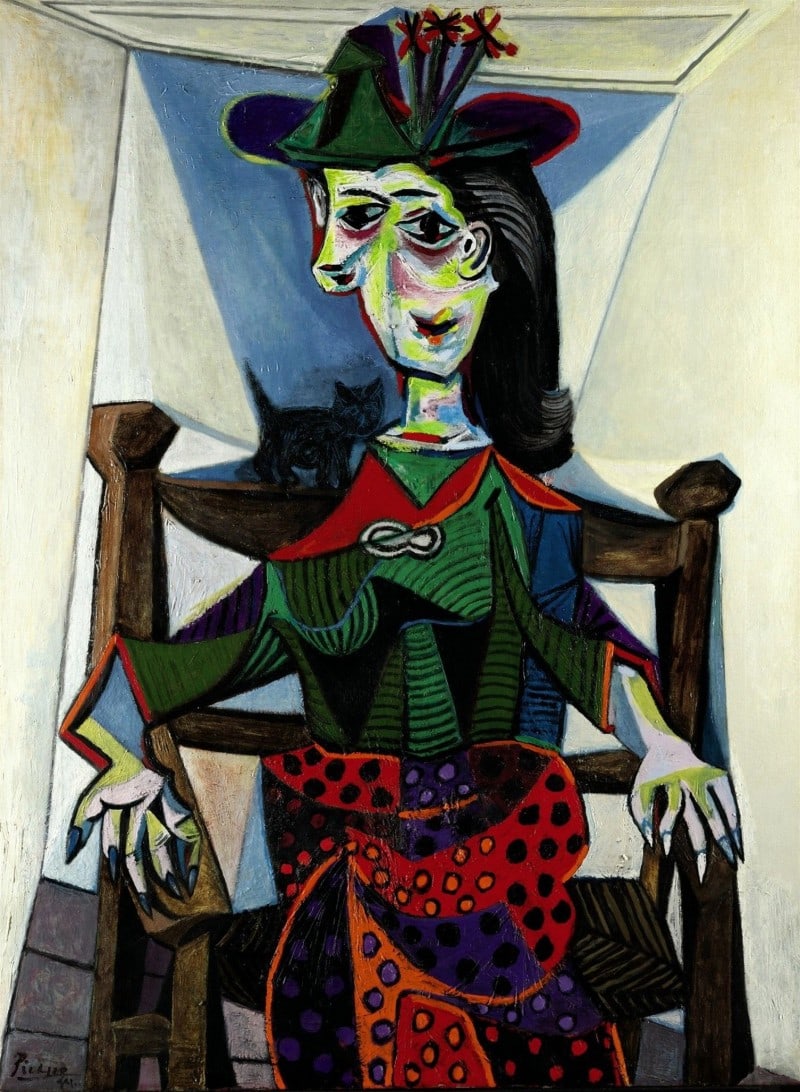 Another Picasso, the second highest price ever fetched at auction, and another anonymous buyer. Auctioned in 2006, a mysterious Russian bidder took this home (along with a Monet and a Chagall, spending over $100 million) and no one has since found out who he was. The ownership of the painting has still not been made public. 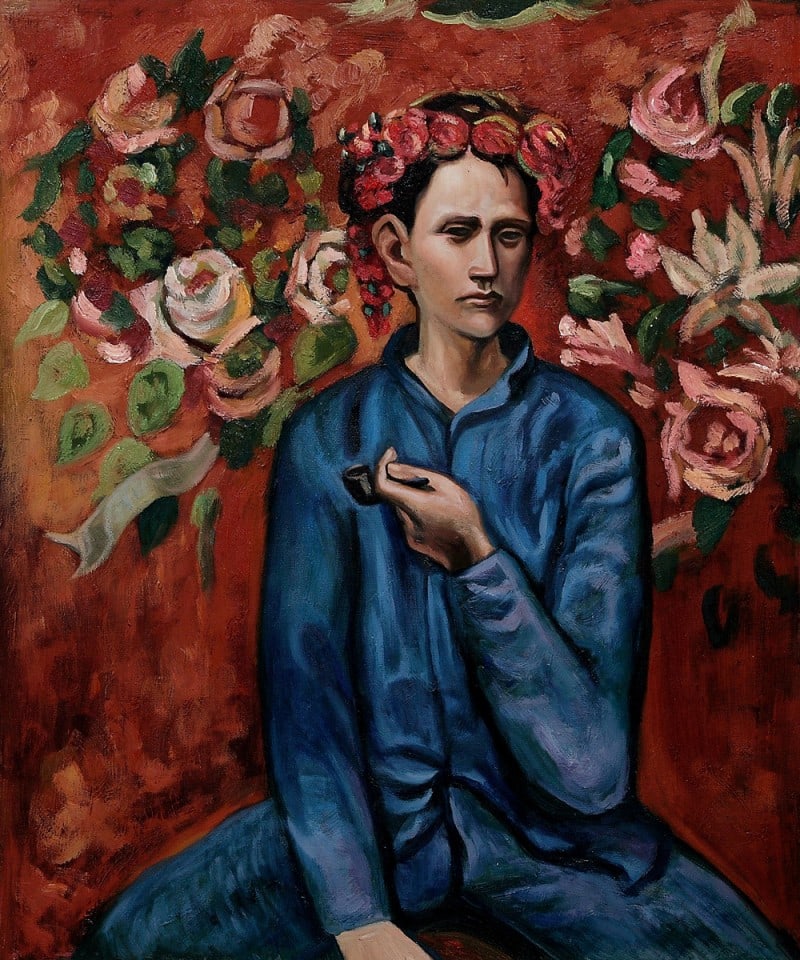 So far the highest price a painting has ever fetched at auction (as the others were all sold privately), and was the first painting to break the $100 million barrier (it was sold in 2004, whilst 1-3 were all in 2006). The strange thing is that it was never made public as to who expressed such an interest in Picasso’s portrait of a smoking Parisian. 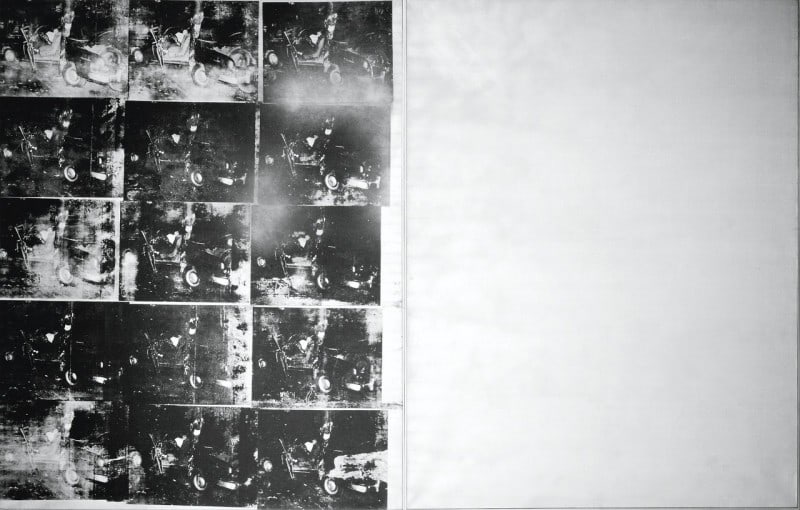 The most expensive work by the most famous legend of Pop Art, Andy Warhol’s monumental “Silver Car Crash” was the star of the Contemporary Art evening sale at Sotheby’s. 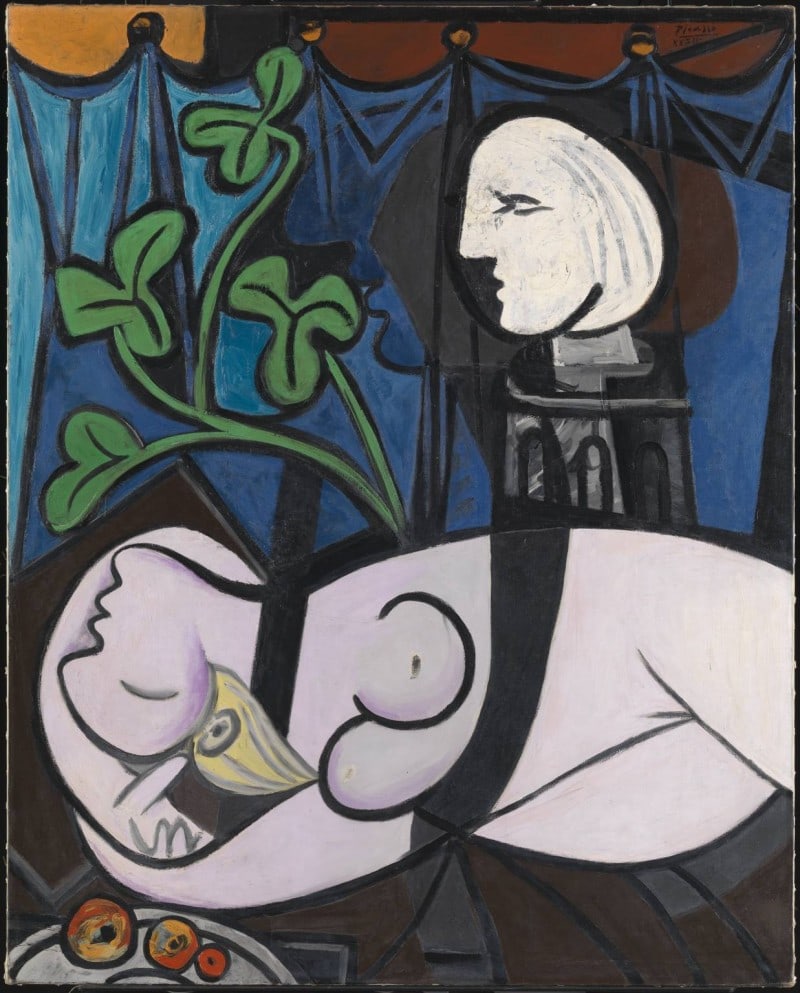 This sensual and colorful masterpiece the most expensive work by Picasso ever sold at auction. The work, formerly in the collection of Mrs. Sidney F. Brody, had been never exhibited in public since 1961. 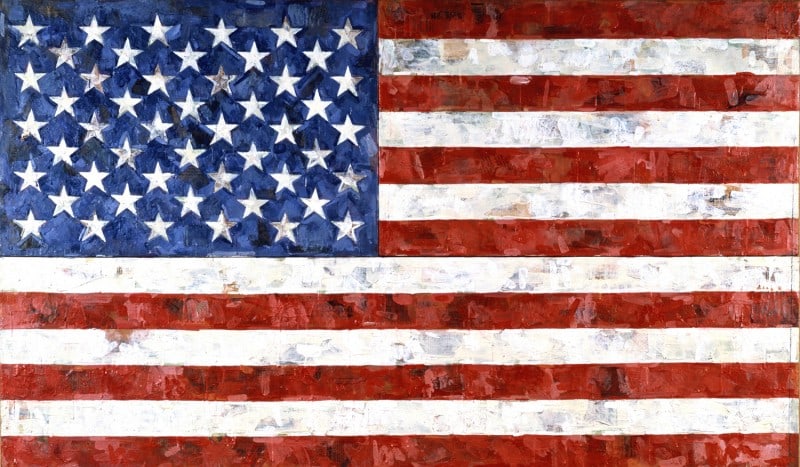 “Flags” are Jasper Johns most famous works. The artist painted his first American flag in 1954–55, a work now at the MoMA. 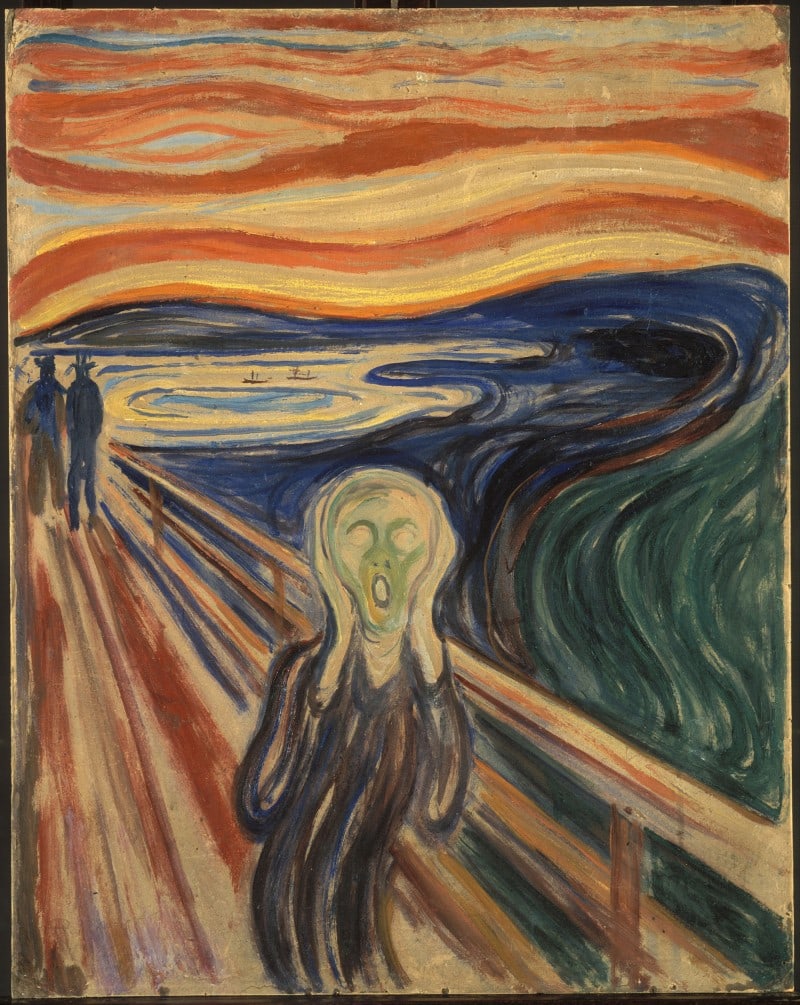 This iconic work was the most expensive painting ever sold at auction until it was surpassed by Bacon’s “Three Studies of Lucian Freud”. The work is the most colorful of the four versions of Edvard Munch’s masterpiece ‘The Scream’, and the only one still in private hands. 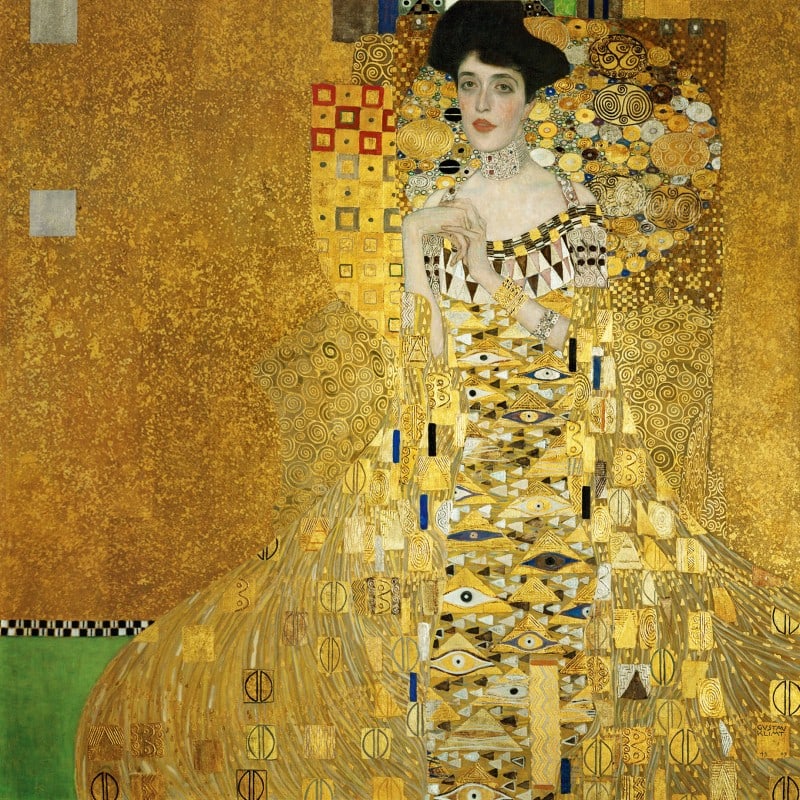 This was sold by Maria Altmann, who – after a lengthy and complicated court battle – was deemed rightful owner of this Klimt and several others. Altmann was named as an inheritor of the painting in the will of by the widowed husband of the model herself, despite the efforts of the Austrian State, as Adele Bloch-Bauer had originally left the painting to the State Gallery in her own will. The painting was bought by Ronald Lauder for his Neue Galerie in New York, to be the centerpiece of a collection of Jewish-owned art rescued from the Nazi looting that took place in the Second World War. 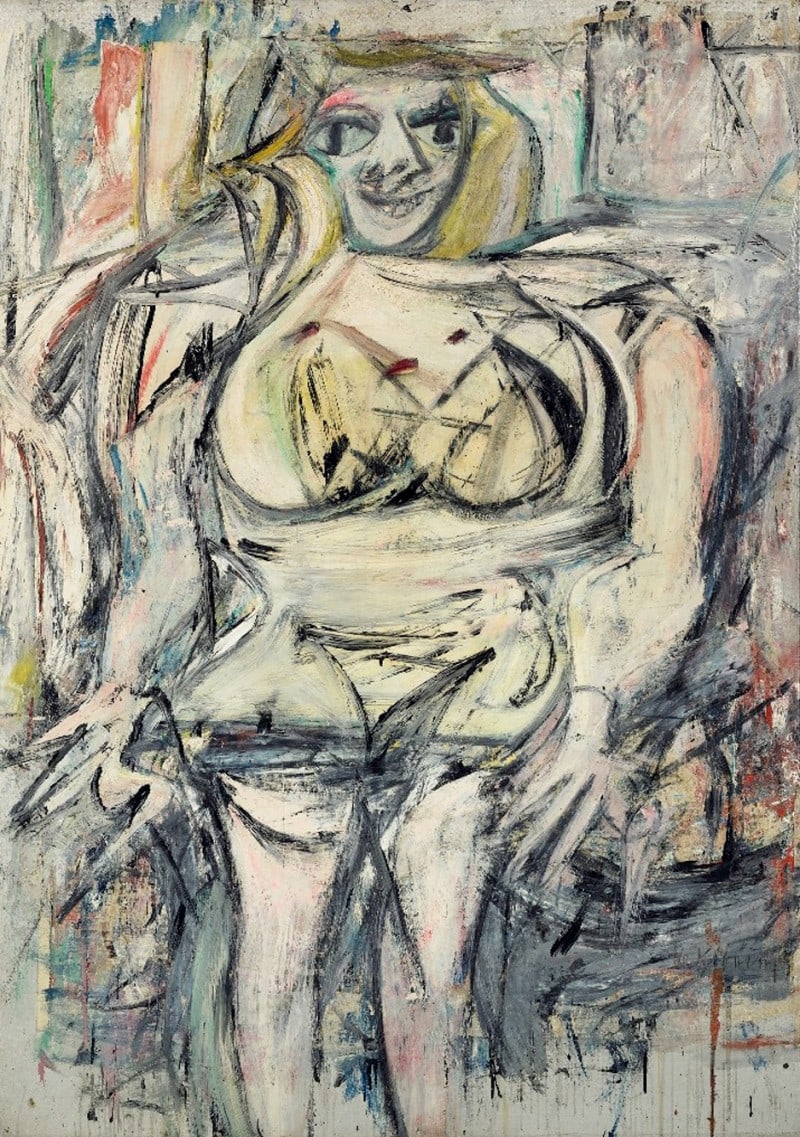 Another painting sold by Geffen in 2006, but this time bought by billionaire Steven A. Cohen. It is part of a series of 6 painted by de Kooning in the period of 1951-53, which revolved around the theme of a woman, and is allegedly the only Woman still in private hands. 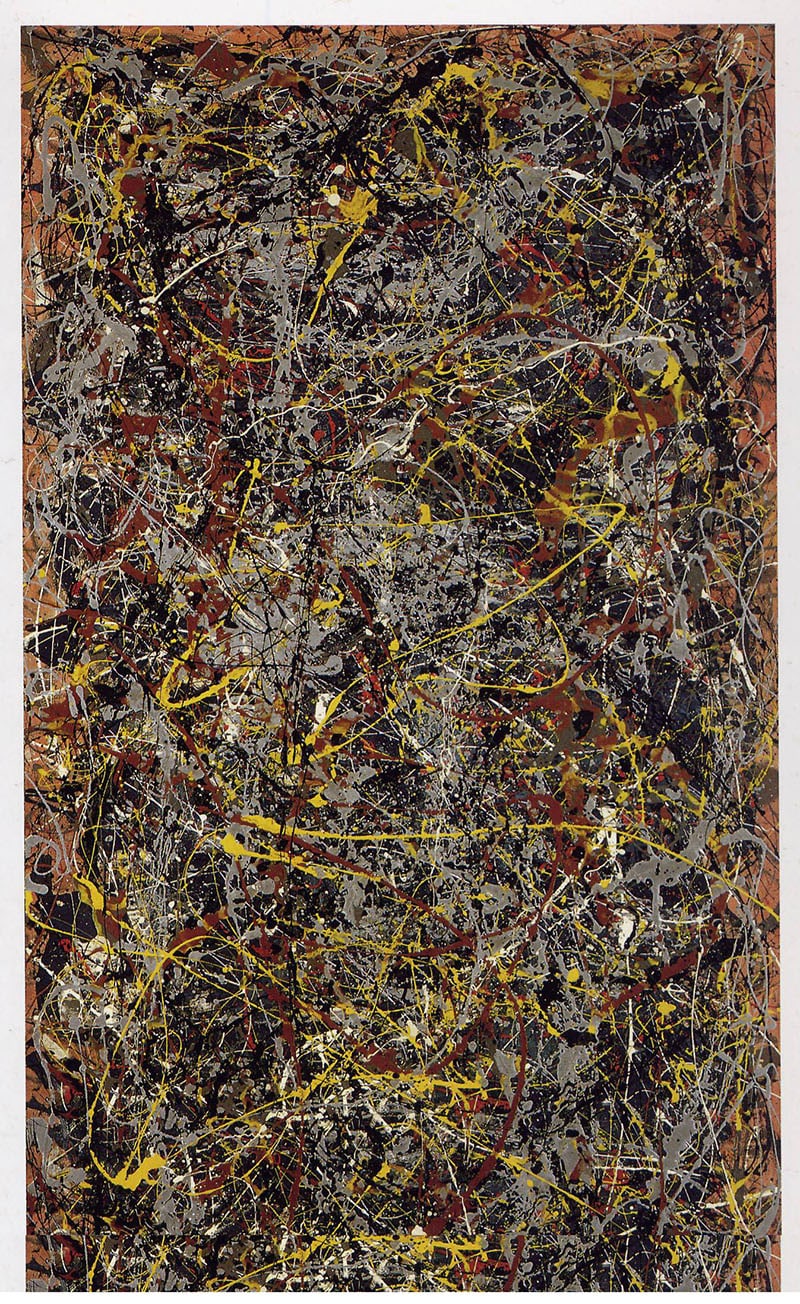 It is claimed by the New York Times that this painting was sold by David Geffen (of Geffen Records), to David Martinez (managing partner of Fintech Advisory). However, a press release issued on behalf of Martinez states that he didn’t actually purchase the painting. So the truth is shrouded in mystery, and it can only be rumored to have sold for a record-breaking $140 million.

Not only the most expensive painting ever auctioned, but also a record for a contemporary work of art. Christie’s explained that when this work was painted, “the relationship between Freud and Bacon was at its apex”. 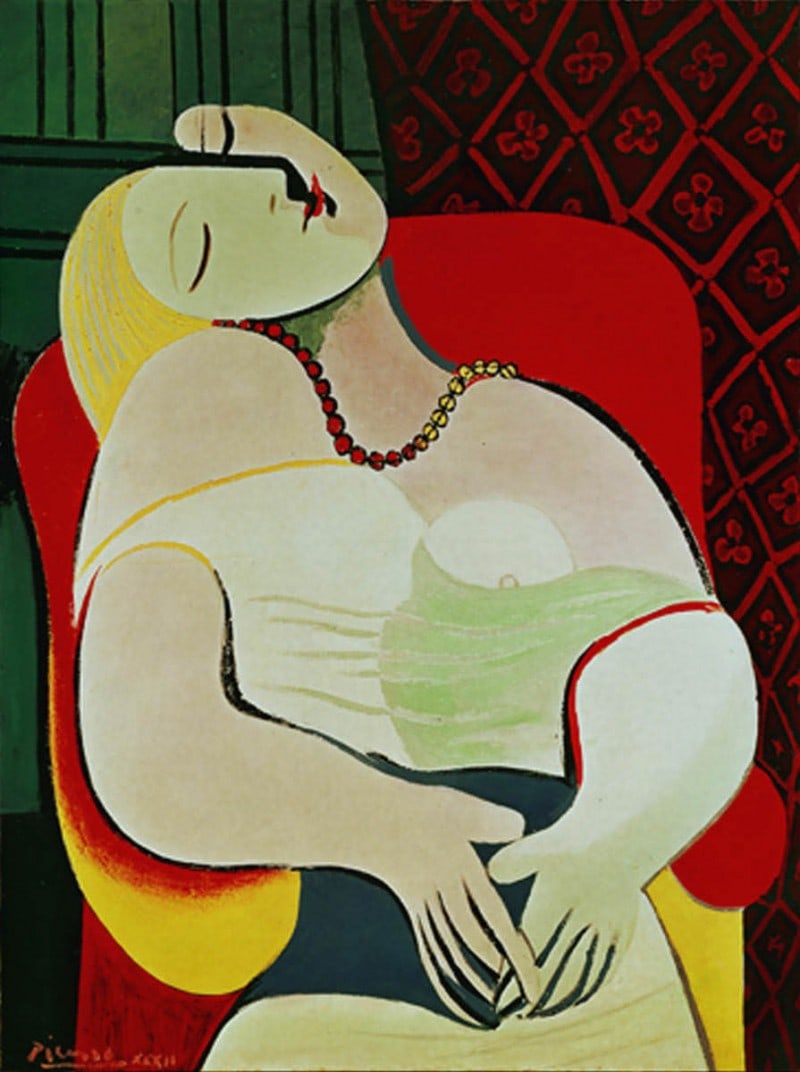 “La Rêve (The Dream)” is one of Picasso’s most sensual and famous paintings, depicting her lover Marie-Therese Walter sitting on a red armchair with her eyes closed. In 2006, Steve Wynn agreed to sell the painting to Steven Cohen for $139 million, but the sale was cancelled when Mr. Wynn accidentally damaged the work. 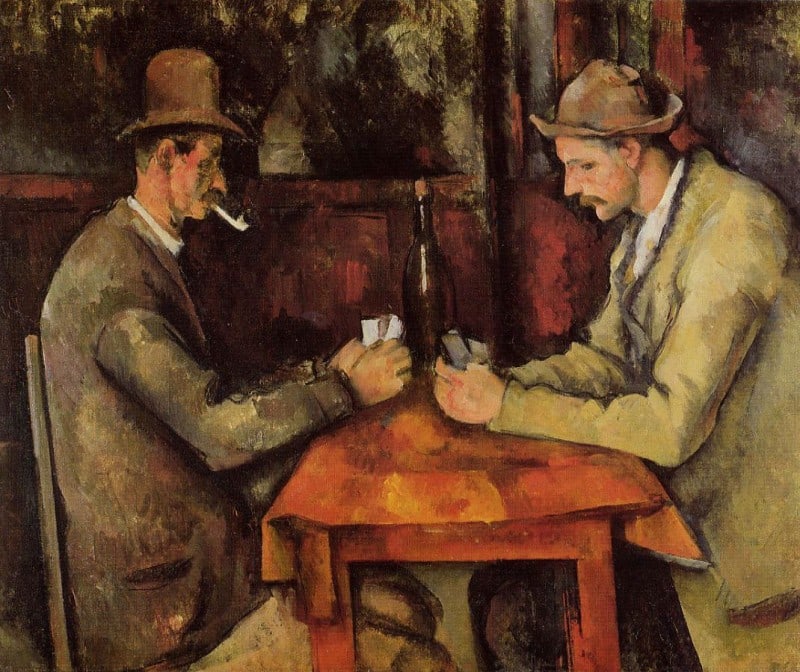 The exact price of The Card Players (even the currency of sale) is not known, with estimates from $259 million to even $320 million. The Card Players is a series of oil paintings by the French Post-Impressionist artist Paul Cézanne. Painted during Cézanne’s final period in the early 1890s, there are five paintings in the series. Keep in mind though guys, the Royal Family of Qatar didn’t buy the series – they bought just that one painting for ~259 million). The series is considered by critics to be a cornerstone of Cézanne’s art during the early-to-mid 1890s period, as well as a “prelude” to his final years, when he painted some of his most acclaimed work.The models for the paintings were local farm hands, some of whom worked on the Cézanne family estate, the Jas de Bouffan. Each scene is depicted as one of quiet, still concentration; the men look down at their cards rather than at each other, with the cards being perhaps their sole means of communication outside of work. One critic described the scenes as “human still life”, while another speculated that the men’s intense focus on their game mirrors that of the painter’s absorption in his art.