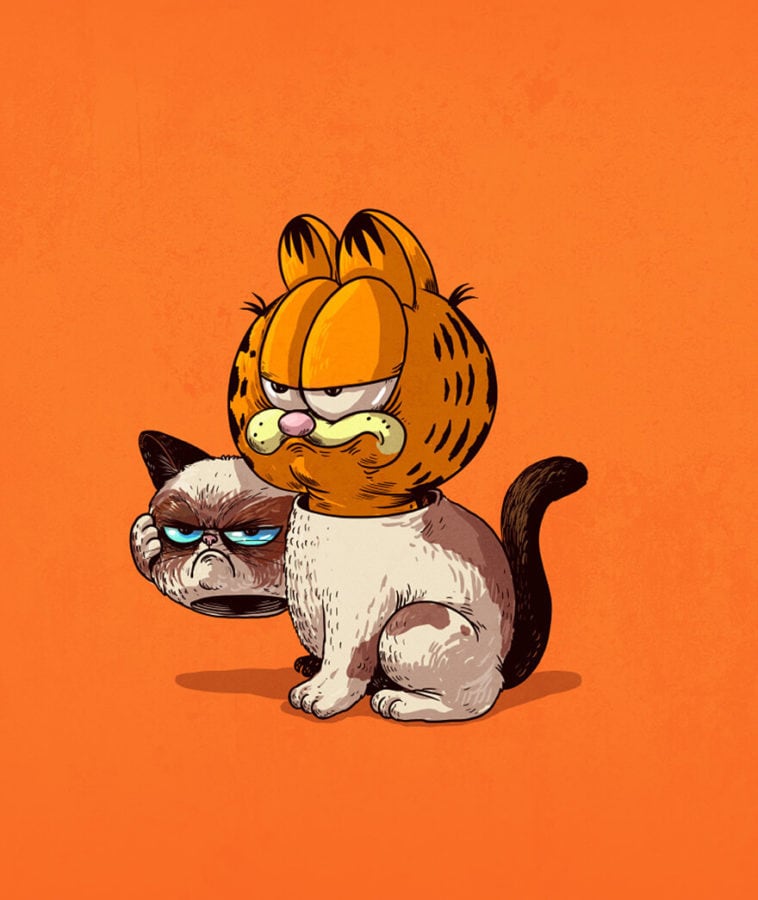 In his humorous series named Icons Unmasked, Chicago-based illustrator Alex Solis shows the extraordinary identities of famous characters in pop culture. These cartoon-style pictures feature a series of costumed figures who unmask themselves, exposing who hides under the facade.

The alter ego is often a wonderful character, as the two don’t exist in the same universe: Tweety Bird is actually Big Bird; Grumpy Cat is Garfield, and Peter Griffin is Homer Simpson. 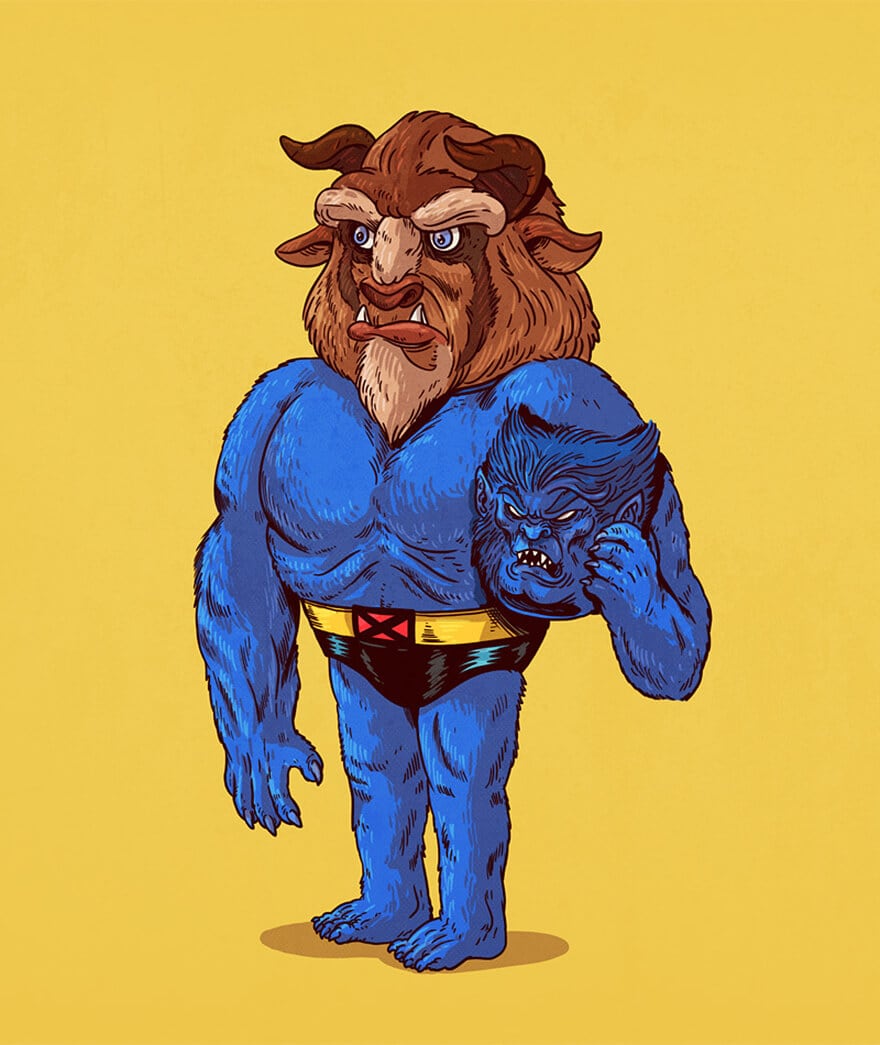 Though these mashups might seem bizarre, each one is a perfect pairing, playing on particular, shared aspects of the characters. The outfit and its wearer relate to each other in a deeper, more significant way—they all have a similar characteristic. 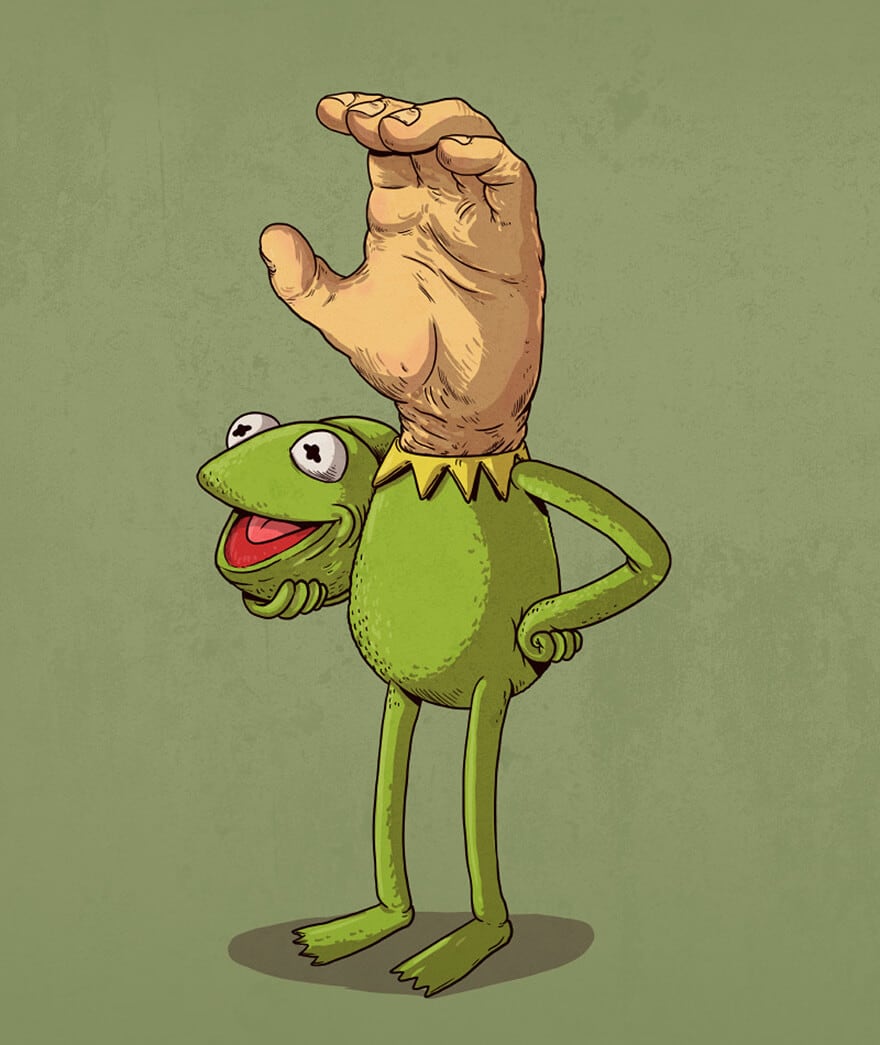 Some share the same name, others a personality characteristic and a few are the same species. Now that you’ve seen who these characters are, it’s time to imagine them in a whole new light. 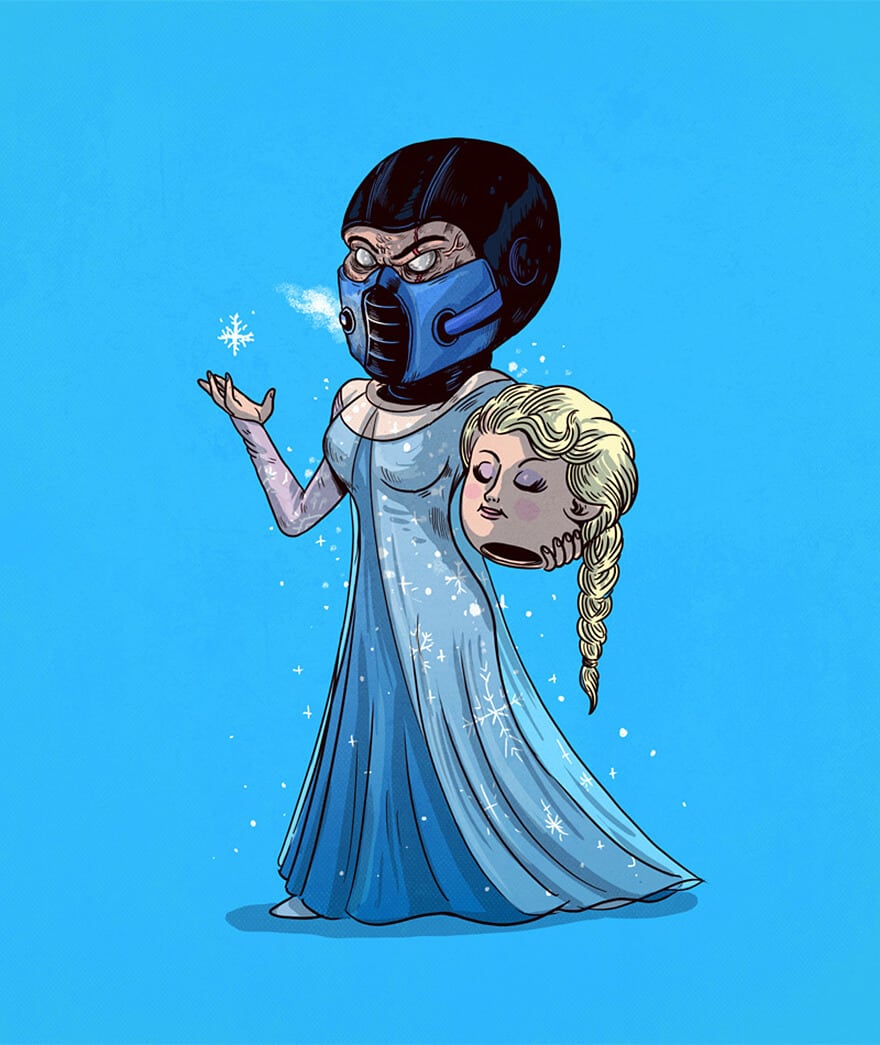 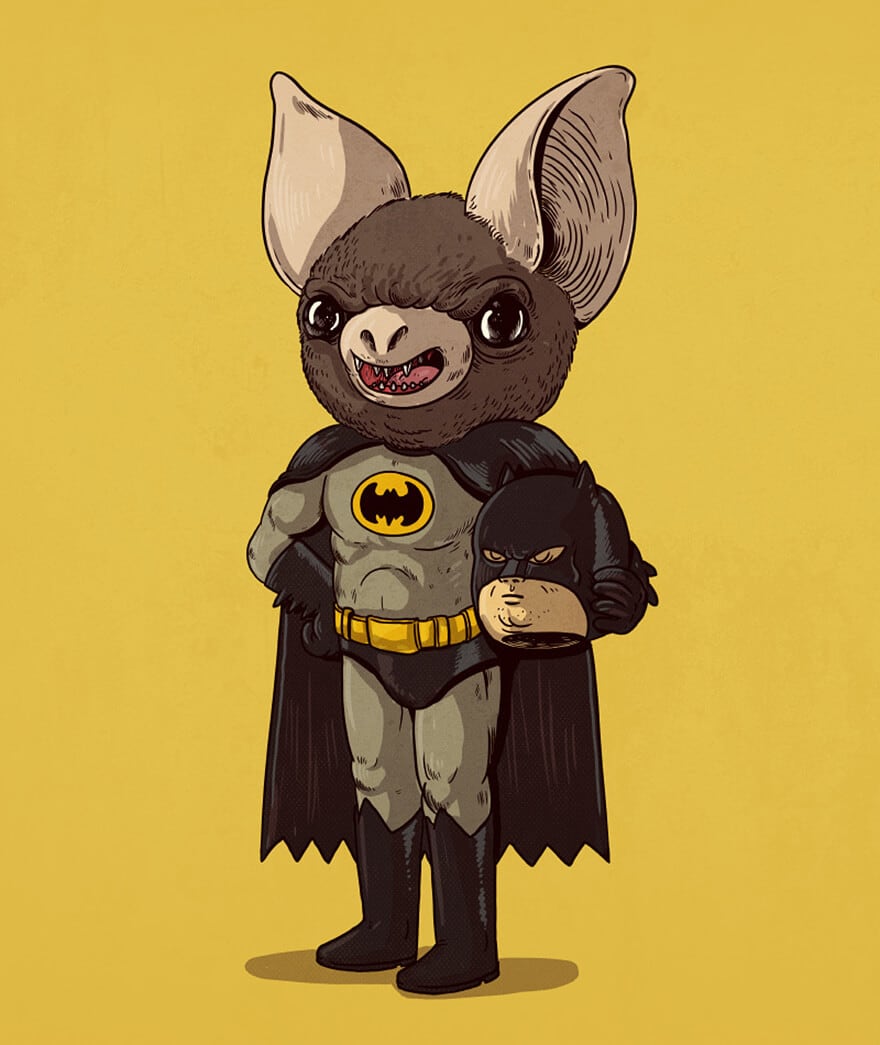 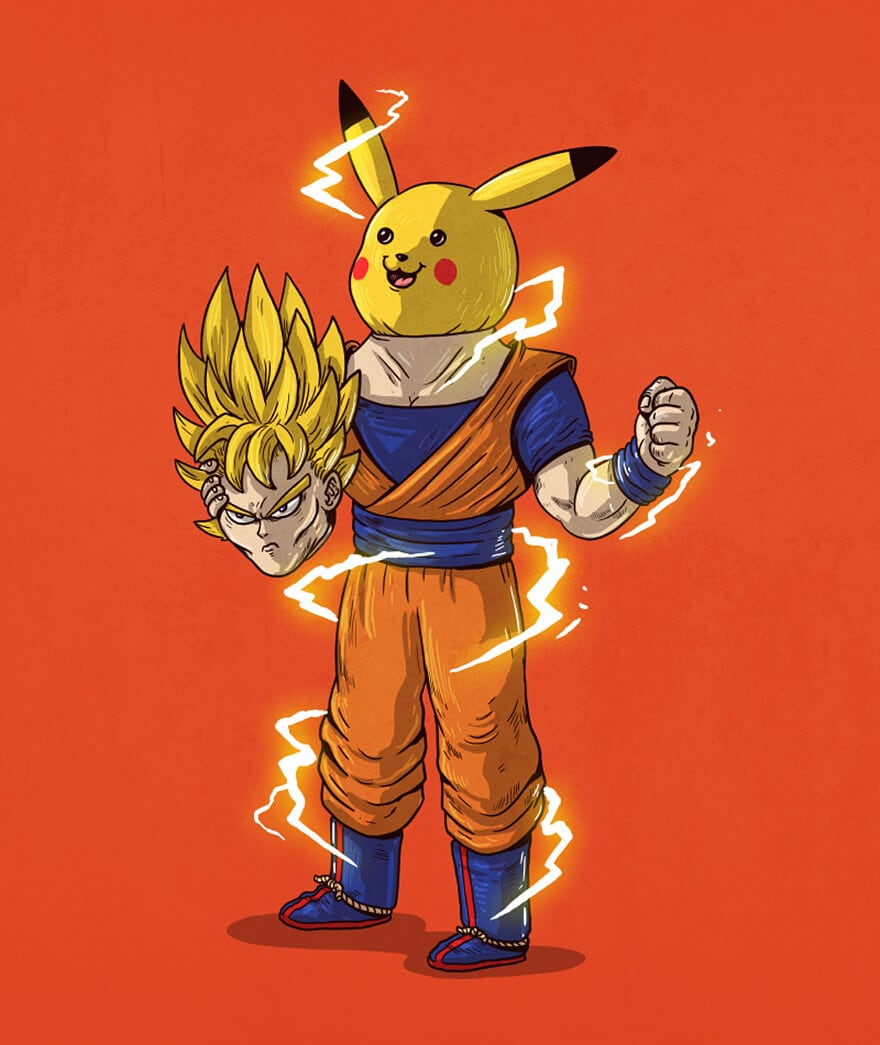 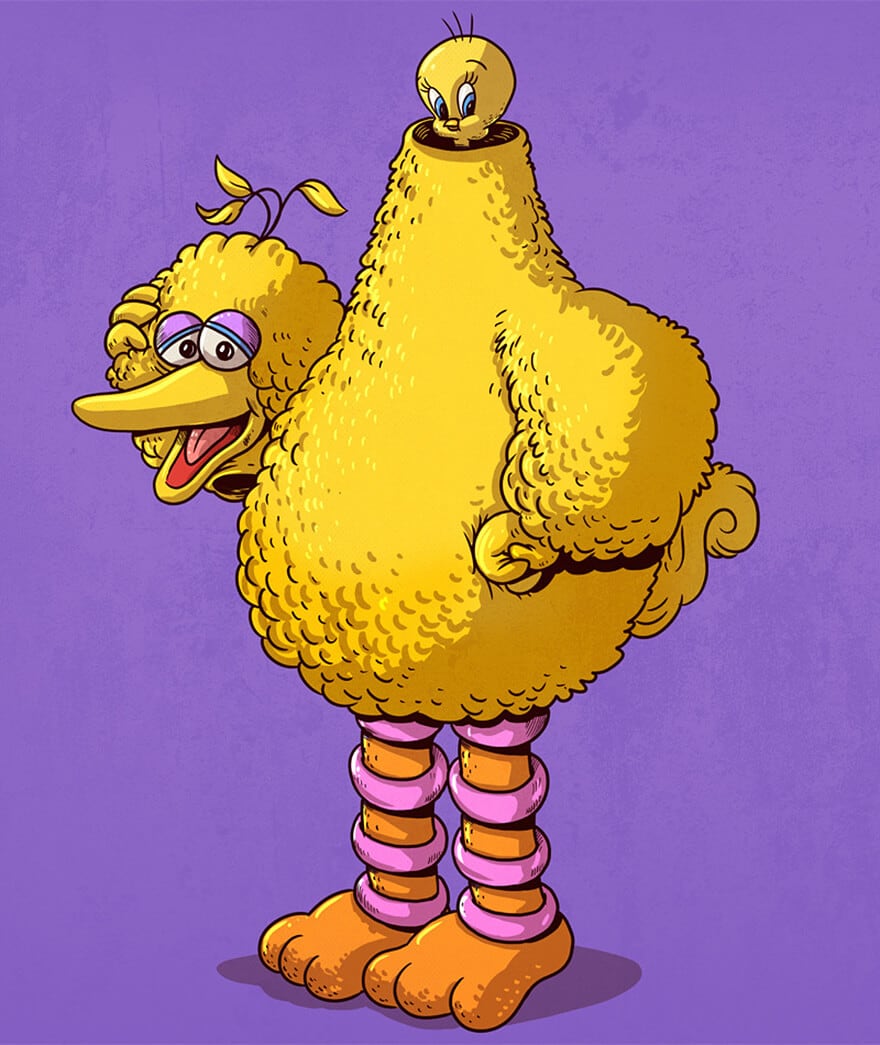 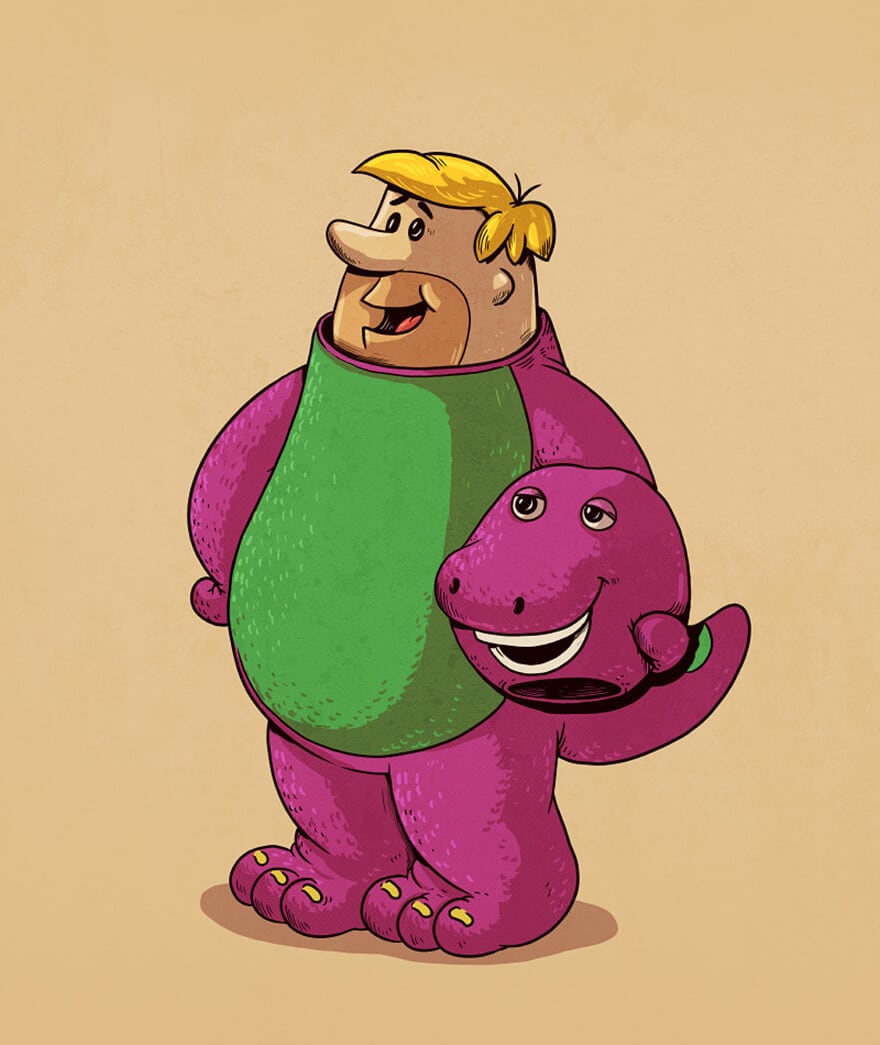 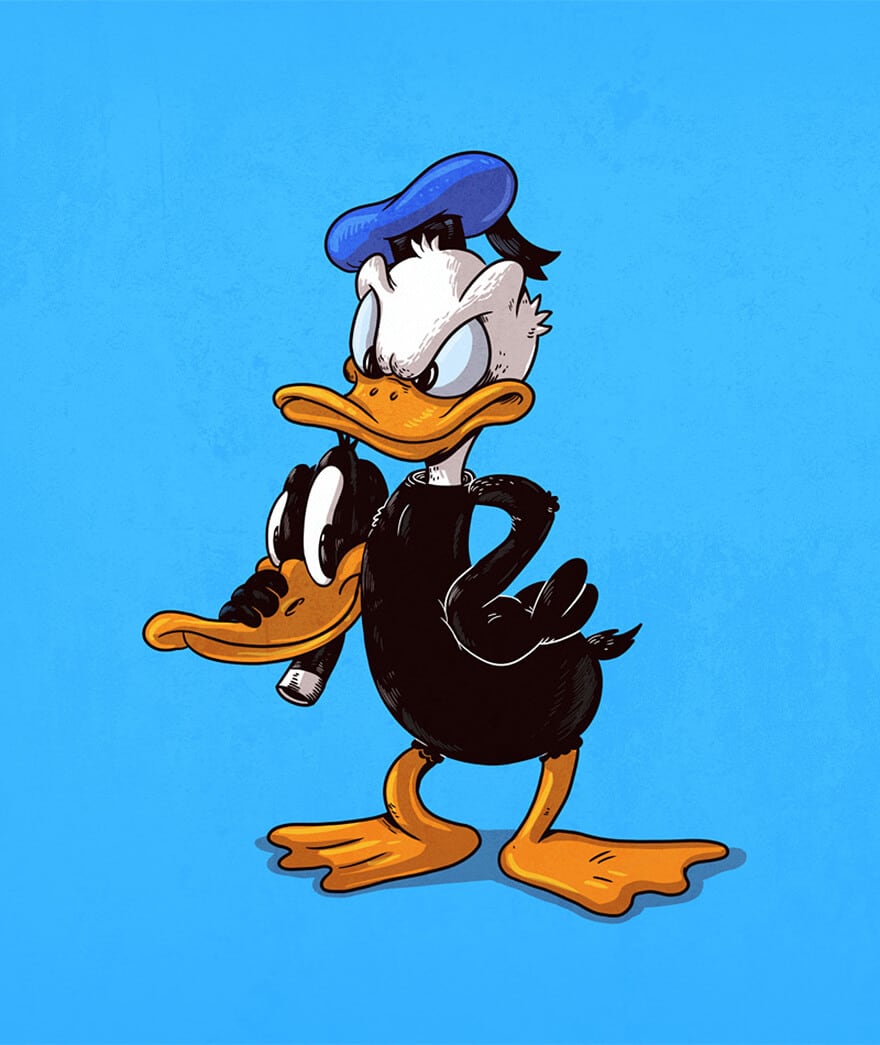 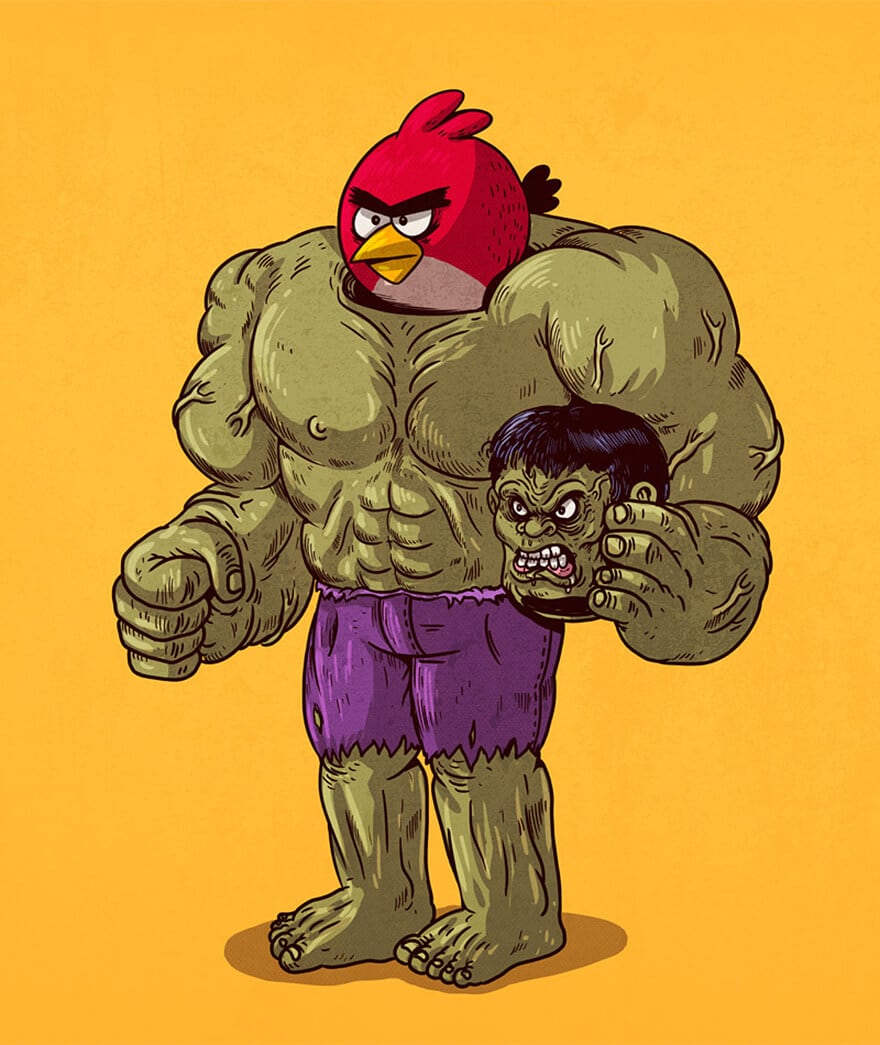 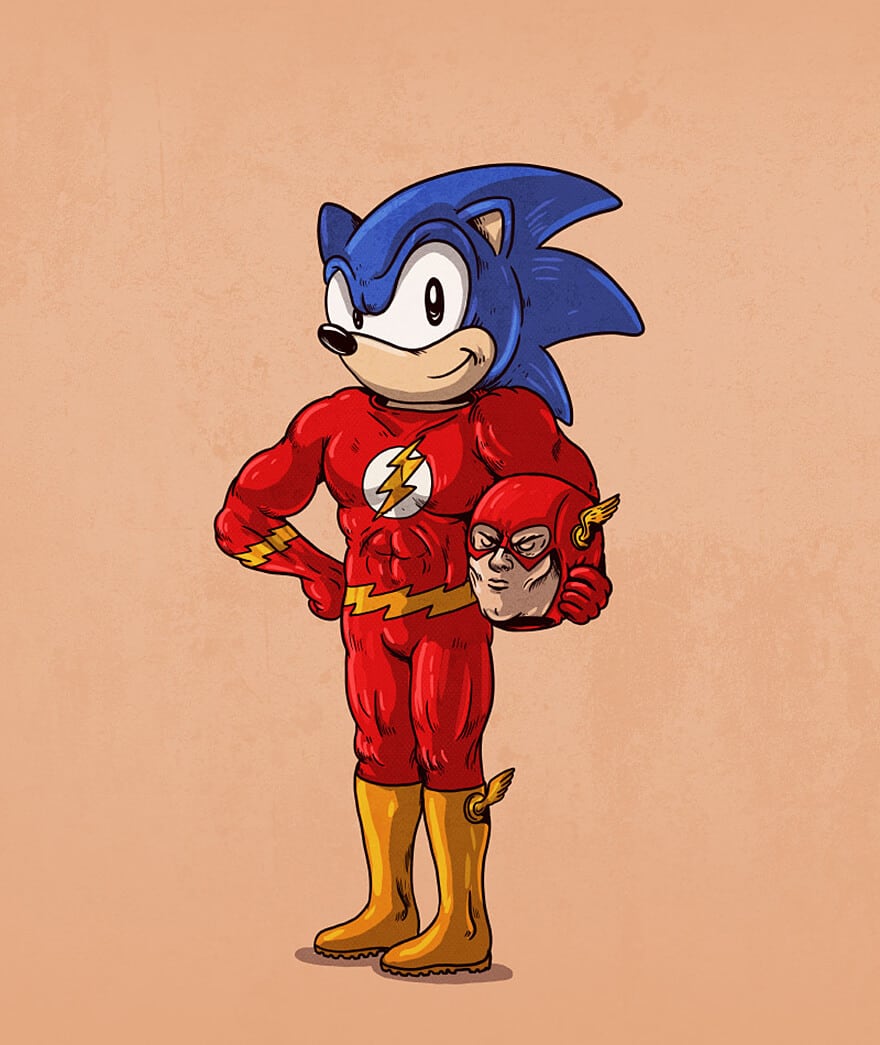 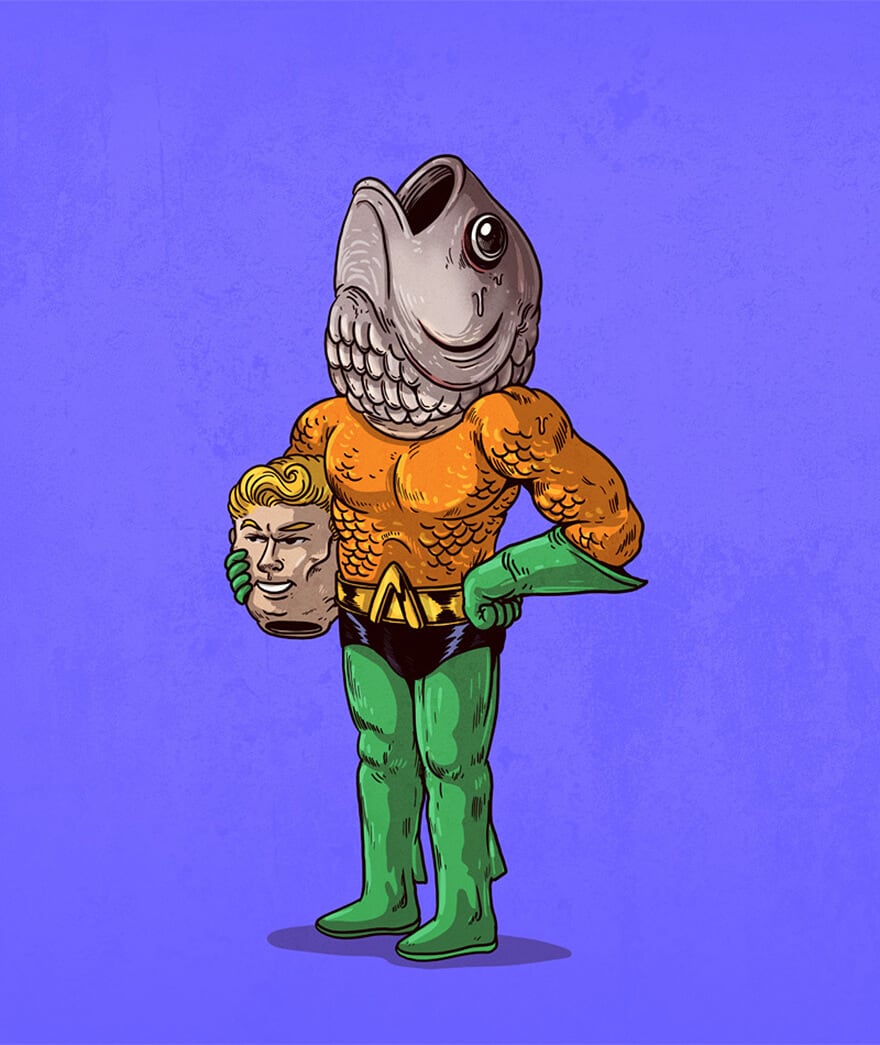 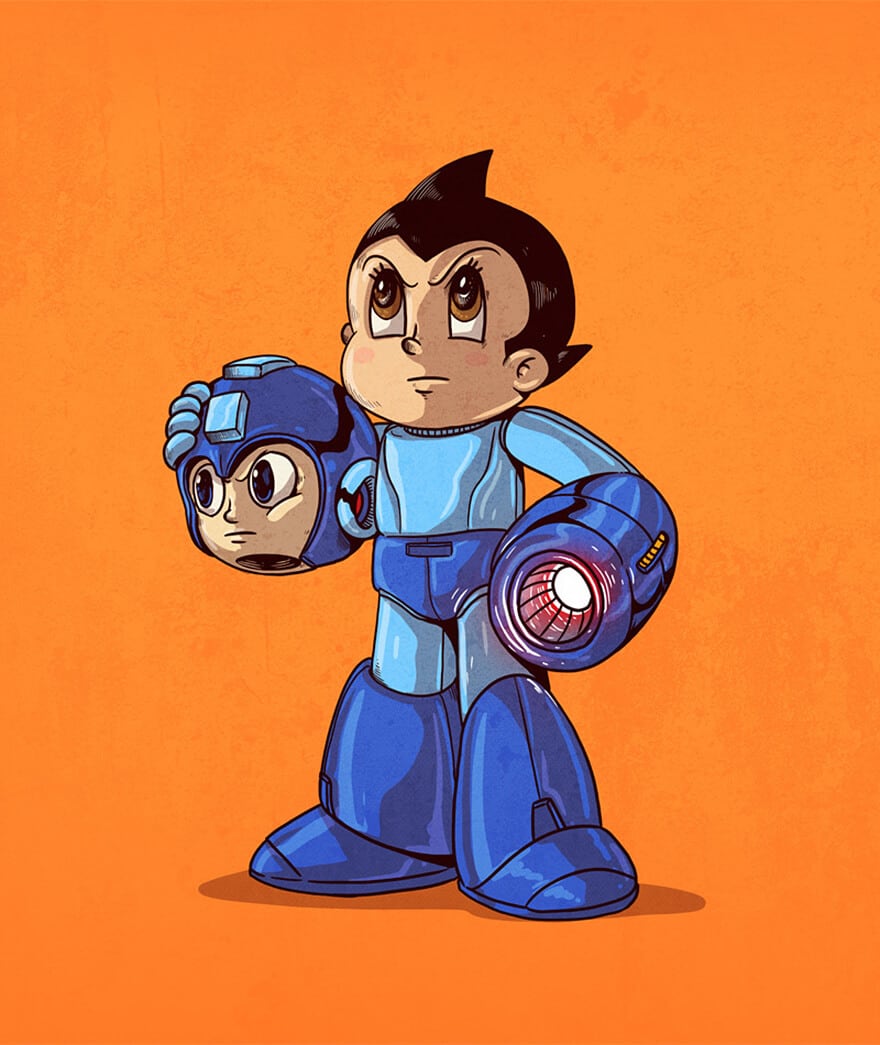 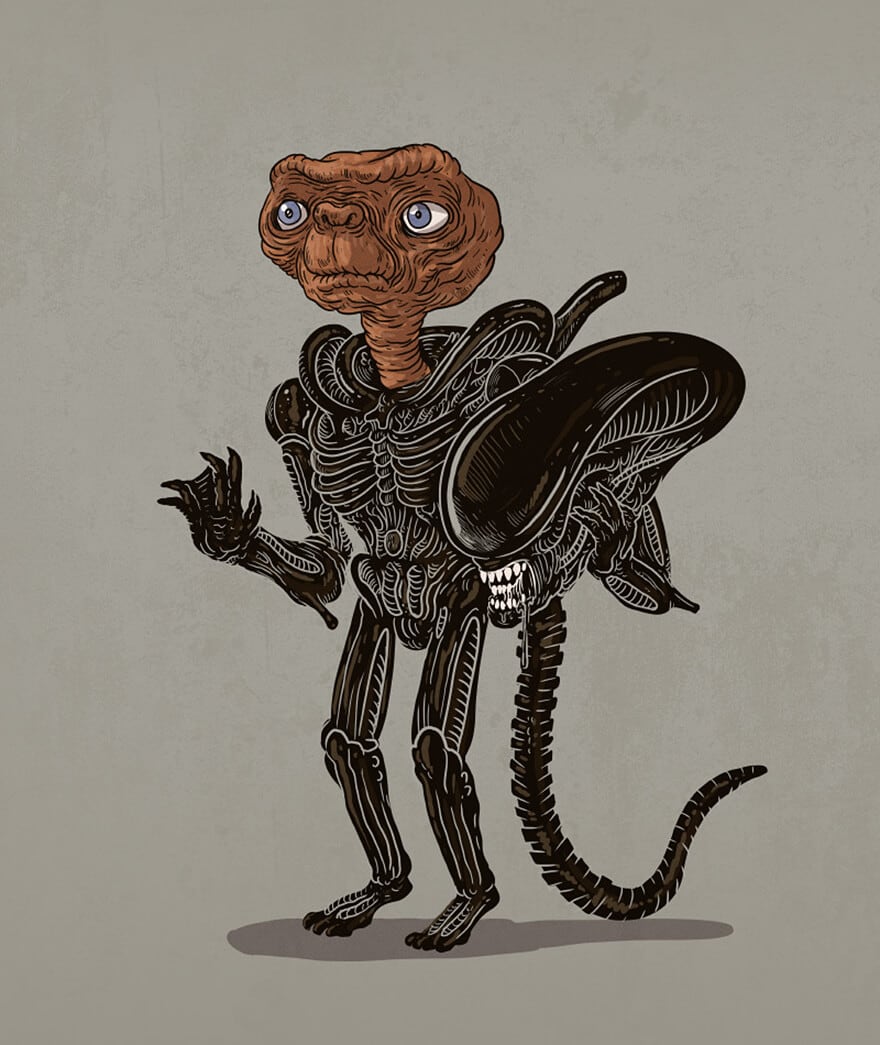