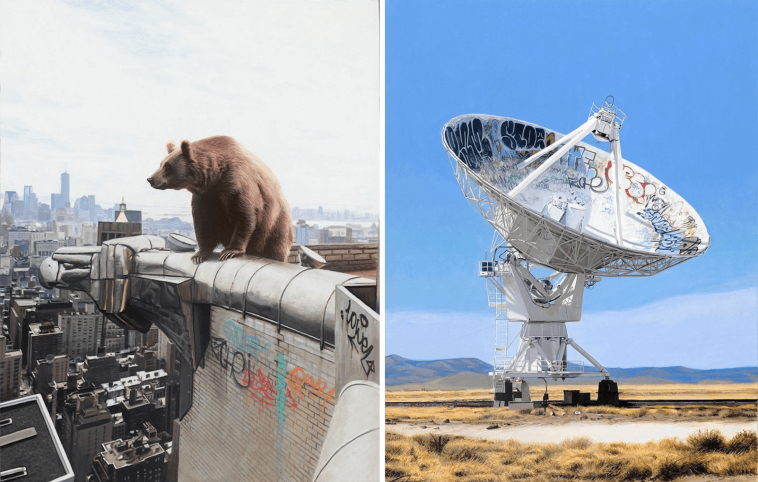 Josh Keyes paints scenes that observe the world at the brink of destruction. His works frequently focus on polar bears and sharks, one species which will soon lose its home as ice packs continue to melt, and the other which is poised to shoot an Earth undersea. The animals are placed in settings that suggest a post-human existence, including a pair of fighting horses in front of a beached ship and a solitary brown bear looking over a seemingly empty metropolis.

The hyper realistic paintings additionally incorporate graffiti found in unlikely areas. Tags cover satellites, icebergs, and even a shark, an allusion to the lengths at which humans are willing to leave their mark.

You may see more of his works on his Instagram. 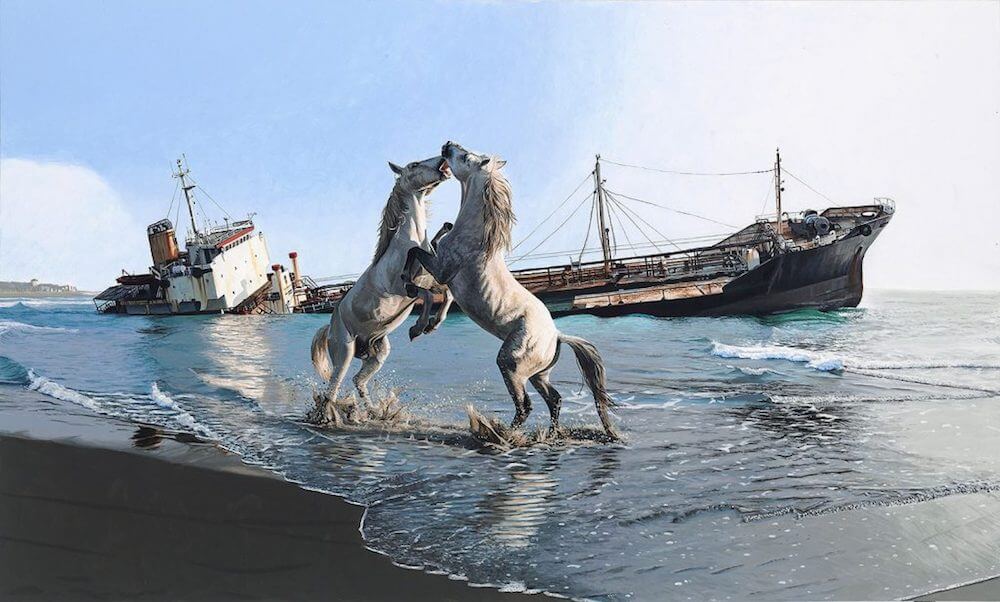 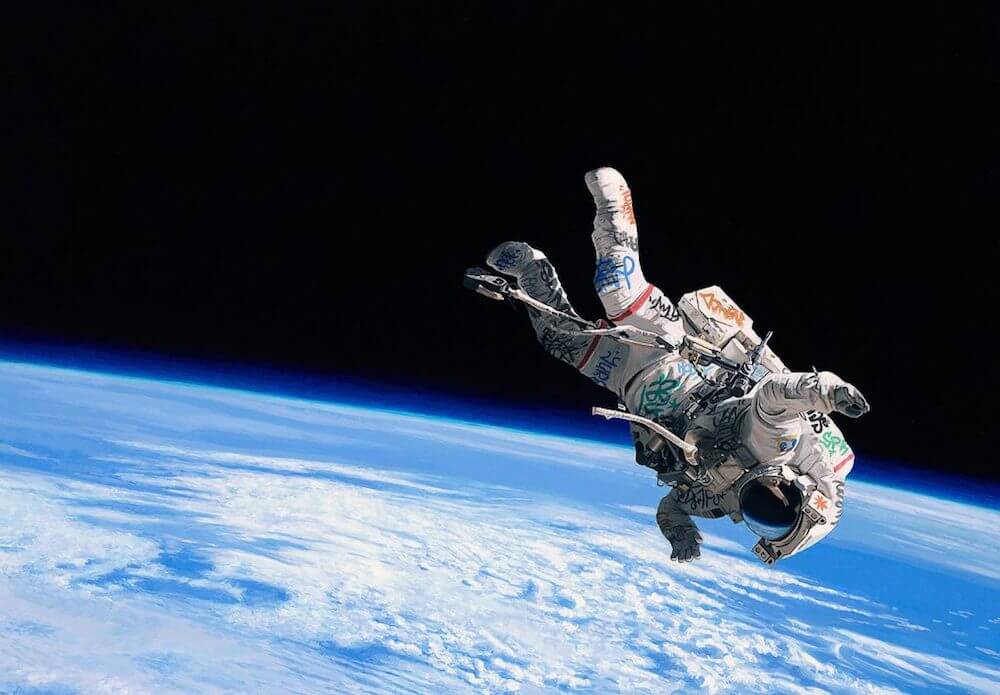 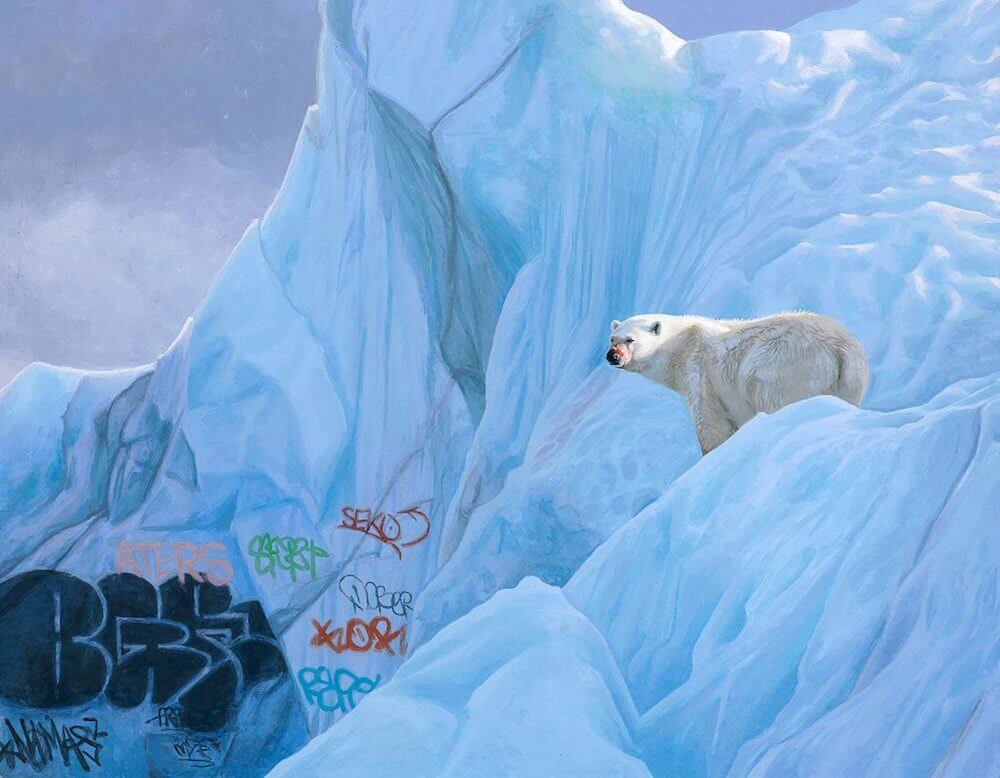 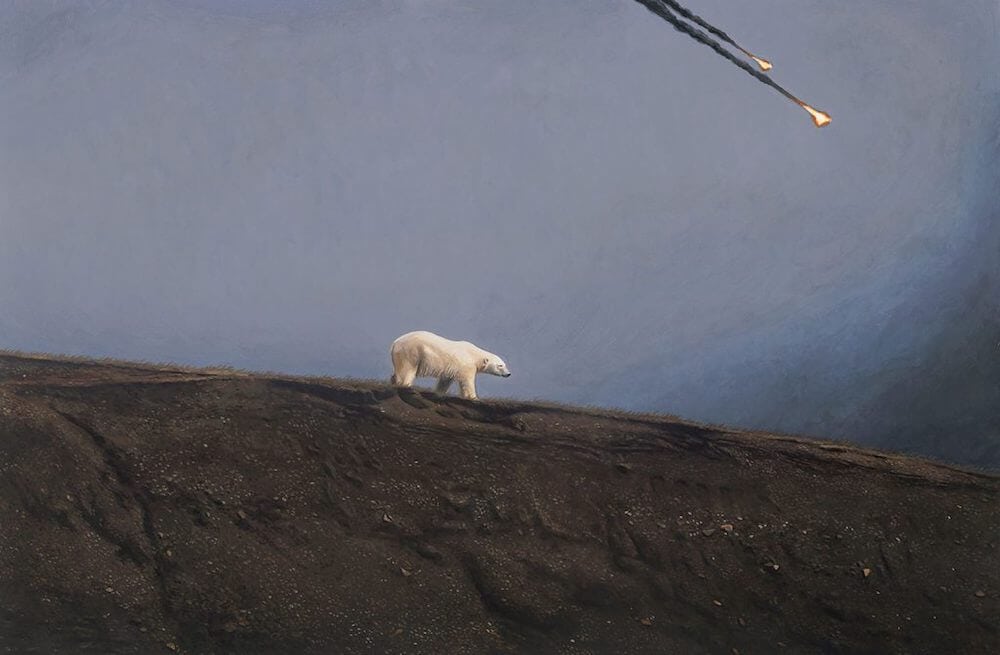 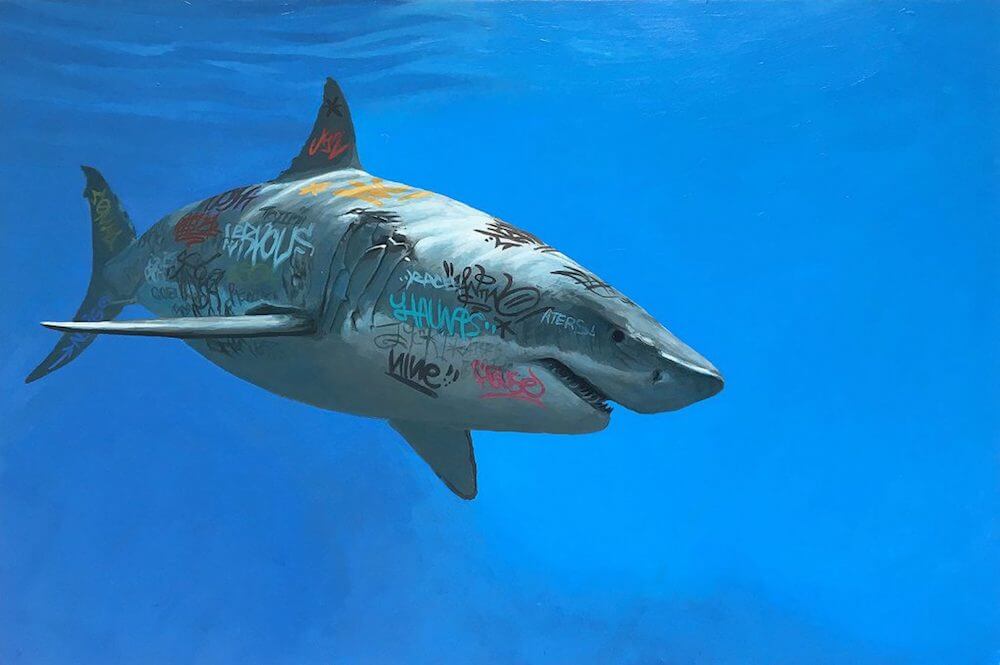