Marc Giai-Miniet is a French artist who makes creepy and fascinating dioramas that tend to feature reproductions of human organs, crime scenes, submarines in basements, and libraries.

Throughout the numerous levels of the miniature models you will find grim scenes, gloomy rooms, and dark, dusty corners. Initially Giai-Miniet’s works featured small characters, but those are a distant memory. Now his works mostly feature libraries, fictional attics, sci-fi laboratories, storage rooms, and interrogation cells that tell stories of odd experiments and unknown events that have taken place. 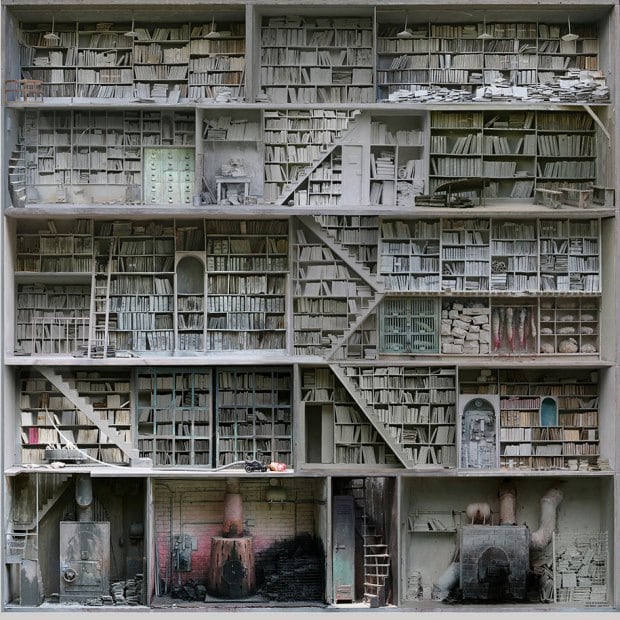