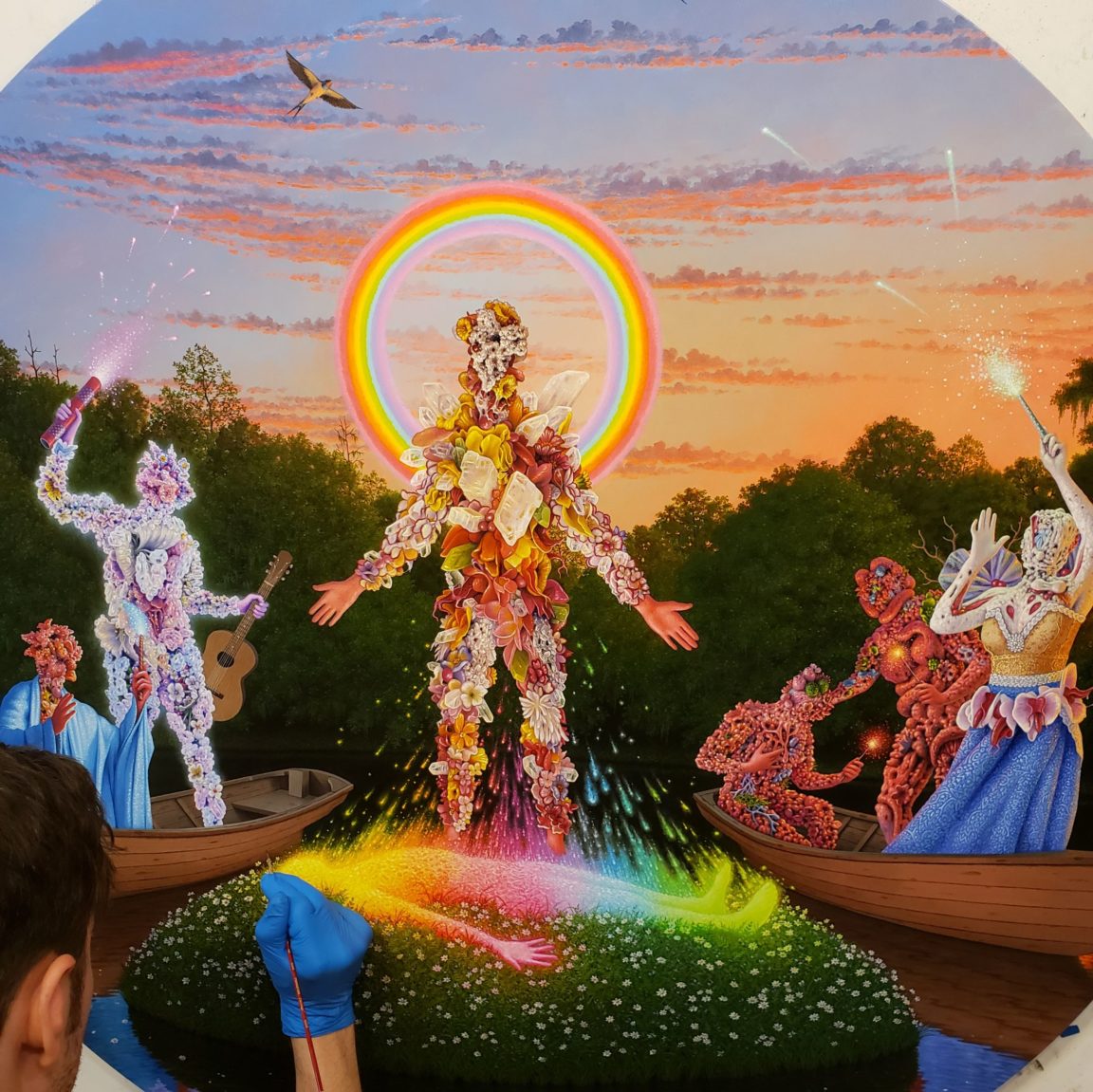 In his newest line of oil paintings and gouache drawings, Los Angeles artist Adrian Cox becomes a fascinating narrator, traversing topics of
homosexuality, science fiction, and mythology using his characters, called “Border Creatures.” He explains that this perception of mythology combines parts of science fiction, mythic models, art history, and his experience of growing up in a closeted family. He also says that “Border Creatures” live in harmony with the physical world and are offended by the spirits of pure energy that effortlessly destroy the landscape, upon which they walk. When essences first arrived, they drove all the creatures of the Borderlands into hiding, because of the mass destruction of the ecosystem. In the end, the Border Creatures won over the Specters. The leader of the creatures changed evil spirits into Spectral Witnesses. It’s a ridiculous backstory to Adrian Cox’s ongoing body of work. His newest set, Into the Spirit Garden, will be shown at LA’s Corey Helford Gallery on 7 March, where we can see Specter’s ally in their urge to secure dominance over the world. Cox adds that it’s a story about exploring space between earth and heaven, flesh and soul – a space in which the community‘s connection is the soil in which our spirits grow.