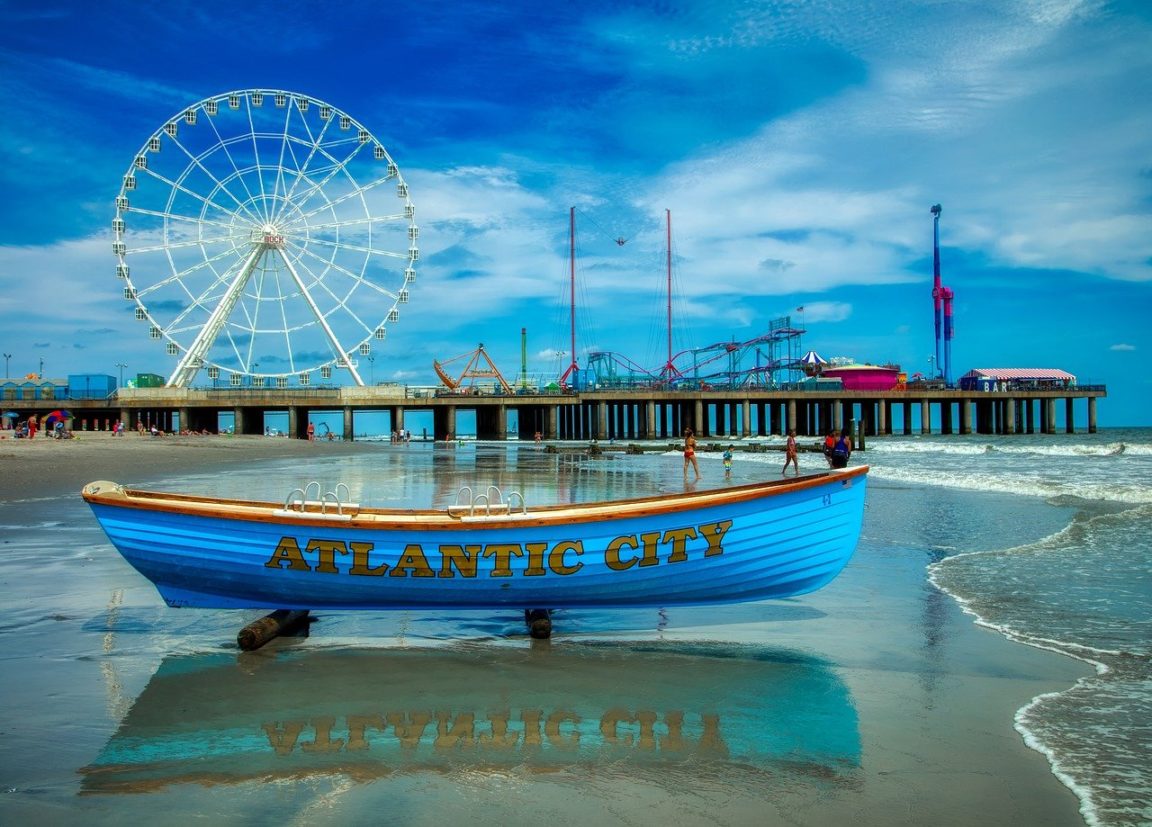 New Jersey is one of the many states that has benefited from huge revenue gains since the overturning of the PASPA law in 2018 – a case that the state itself was heavily involved in. And it was a landmark decision, made by the Supreme Court at the time, that led to the current explosion of legal sports betting in the United States.

It was on 14. May 2018 when the United States Supreme Court struck down a federal ban on sports betting since 1992, allowing individual states to put in place their own legislation permitting sports betting.

The State of New Jersey played a huge part in this outcome following a long-running battle to legalize sports betting in Atlantic City, which was supported by a referendum of its citizens in 2011. The ruling has radically altered the sports betting industry across the United States – it is now a multi-billion dollar market every single year.

In the immediate aftermath of the ruling, the successful New Jersey joined the likes of Pennsylvania, West Virginia, Delaware, and Rhode Island to introduce legal sports betting – Nevada of course had already been exempt from the federal ruling.

The huge trend of online sports betting since the ruling is one that shows no signs of decreasing and has benefited a whole range of different fields. Sports betting businesses have boomed in a whole load of states including NJ in the four years since, whilst NJ online casinos have flourished too as online gamblers make the most of switching between the two forms of entertainment.

In fact, New Jersey is the leading state for revenue returns, with around $23 billion in betting handled according to recent reports. Online sports betting in New Jersey is considered to be the gold standard when it comes to the industry in the States. The market has grown exponentially since with around 25 sports betting apps available in the state.

Many of those apps offer benefits like welcome bonuses for new players and free bets and it all means that sports betting in New Jersey have become one of the most competitive markets in the land.

Let’s take a look at how NJ got to this point, and what the future holds for the industry in the state…

The introduction of PASPA

“PASPA” is the acronym for the “Professional and Amateur Sports Protection Act” which came into place in 1992 in a bid to prevent gambling on sports in the US.

The Act ruled it “unlawful” for a government or person to sponsor, operate, advertise or promote “a lottery, sweepstakes, or other betting, gambling, or wagering scheme based, directly or indirectly (through the use of geographical references or otherwise), on one or more competitive games in which amateur or professional athletes participate, or are intended to participate, or on one or more performances of such athletes in such games”.

This federal ban on sports betting did not apply in one state – Nevada. It meant that Las Vegas became famous as the gambling capital of the entire world and the only place in the US where sports betting was legal causing immense traffic to the state.

Why was the Act introduced?

The Act spawned from the increasing concern over sports betting in the US at the time of the late 1980s and early 1990s – focusing on the issue of match-fixing in professional and college sports. And there was, too, the impact of a certain baseball legend to consider.

Pete Rose was found to have placed bets on matches involving the Cincinnati Reds whilst he was manager and was given a lifetime ban from the sport and removed from the Hall of Fame. The massive negative press that followed prompted the government to investigate the ‘issue’ of sports betting – although the perception of this industry has changed markedly since then, even Rose himself has benefited from it.

One year on the initial investigations came to the Professional and Amateur Sports Protection Act, enshrined in law, by a huge voting margin. Its introduction meant that sports betting became illegal in all but one US state – although that did not stop it from taking place all the time, especially once the internet and gambling with online sportsbooks kicked in.

What New Jersey did next

Murphy v. National Collegiate Athletic Association. That was the biggest case in the eventual downfall of PASPA and it all began with a referendum the people of New Jersey took in 2011 in which they supported the enabling of sports betting. Governor of State, Chris Christie, agreed to sign legislation to legalize sports betting.

However all the major sports leagues – NFL, NBA, NHL, MLB, and the NCAA – opted to sue the state under PASPA and won, meaning sports betting remained illegal against the wishes of the state’s citizens.

Three years later Christie launched another challenge, this time directly against PASPA in an attempt to decriminalize sports betting at specific locations in the state. The state’s main argument was that it did not violate PASPA as it did not authorize sports betting as such – it simply decriminalized the pursuit. Again, the sports leagues filed to sue the state, cue more legal wranglings.

Fast forward to 2017 and a New Jersey appeal, then to 2018, and a US Supreme Court decision found in favor of the state’s argument that PASPA violated the anti-commandeering principle of trade. They announced that “Congress can regulate sports gambling directly, but if it elects not to do so, each state is free to act on its own.”

How the lifting of PASPA has benefited NJ

As the gambling industry has developed over the past few years so have gambling habits, with a boom in online betting actually benefiting the casino industry too thanks to their tie-ins with their own racetracks for example. And the state of New Jersey has seen the biggest revenue returns, as you would expect considering its history.

NJ has seen a 29.5% year-on-year increase in revenue and for the year to date, total gambling revenue for the two months to the end of February was $755m incorporating sports betting revenue, iGaming revenue, and land-based casino revenue. NJ sportsbooks alone have generated over $1bn in revenue since the 2018 ruling.

As the rapid growth in technology enjoys a key role in sports betting this is proving an exciting time for the bettors of New Jersey – and with fully legal and regulated sports betting now in place and a whole range of ways to get involved.

The future of sports betting

Pennsylvania, Delaware, West Virginia, and Rhode Island are amongst the states to have introduced the act of legal sports betting, with New York and Arkansas looking set to join them in the near future. Each state will clearly take its own time to implement its own laws and regulations when it comes to sports betting but the trend is definitely on an upwards trajectory.

The rapid development of online and mobile app sports betting, allowing every bettor in those states to take a gamble from anywhere and at any time at the click of a button, is a real game-changer for the industry and we can expect other states to incorporate this technology into any law changes.

Exciting times lie ahead for the sports betting industry across the US, and it all started with New Jersey taking down the PASPA ruling four years ago. The benefits in revenue to the state – and to many other states who have joined – mean the likes of PASPA could well be a thing of the distant past.