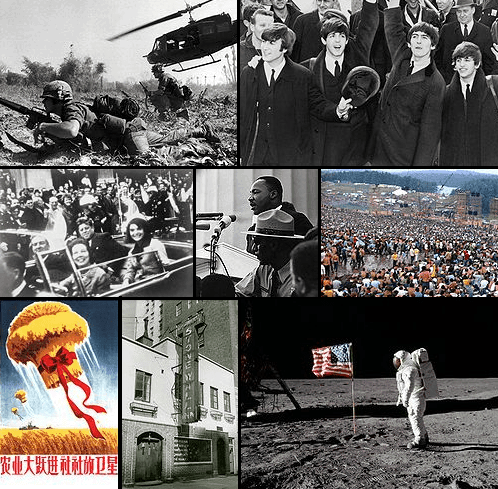 Centre, L-R: The bombing of the Mount of Olives during the Six-Day War; John F. Kennedy is assassinated in 1963, after serving the office of president for three years; Martin Luther King Jr. makes his famous I Have a Dream Speech to a crowd of over a million; Millions participate in the Woodstock Festival of 1969.