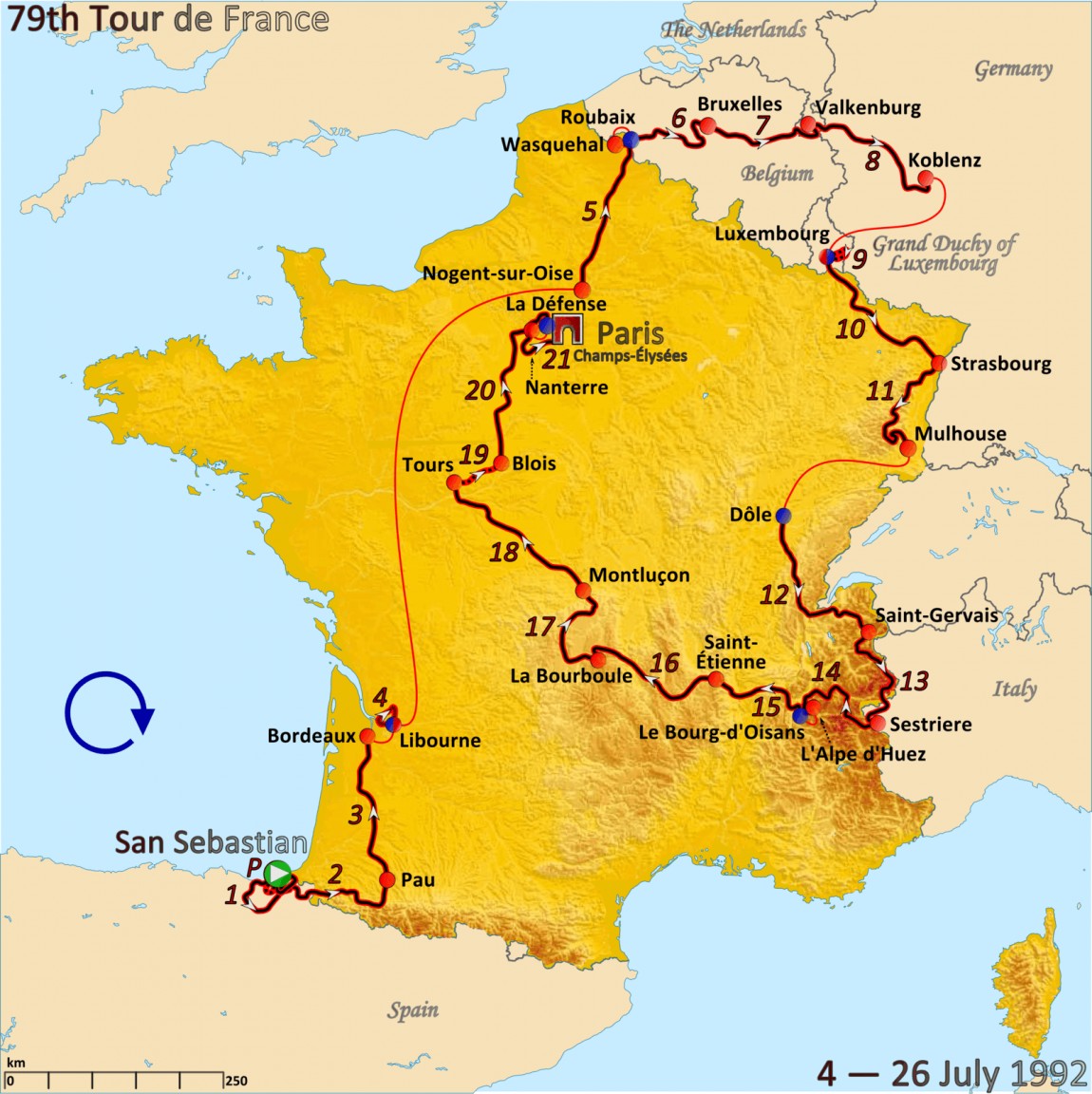 The 1992 Tour de France was the 79th Tour de France, taking place between 4 and 26 July 1992. The total race distance was 21 stages and a prologue over 3975 km, with riders averaging 39.504 km/h. In honor of the Maastricht Treaty, which created the European Union, the Tour visited a record seven countries: France, Spain, Belgium, the Netherlands, Germany, Luxembourg and Italy. The 1992 race included one of the most remarkable stages of modern history.