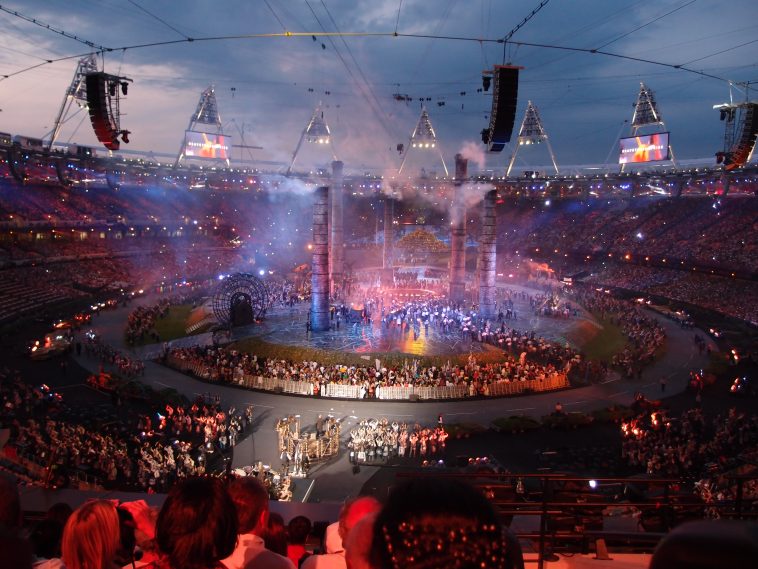 The opening ceremony of the 2012 Summer Olympic Games took place on the evening of Friday 27 July in the Olympic Stadium, London. As mandated by the Olympic Charter, the proceedings combined the formal and ceremonial opening of this international sporting event, including welcoming speeches, hoisting of the flags and the parade of athletes, with an artistic spectacle to showcase the host nation’s culture. For London 2012 the Games were formally opened by Her Majesty Queen Elizabeth II.