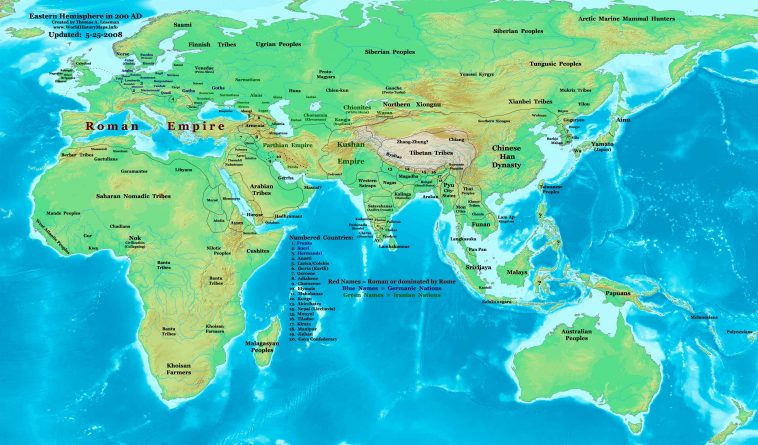 The 3rd century was the period from 201 to 300 A.D. In this century, the Roman Empire saw a crisis, marking the beginning of Late Antiquity. In Persia, the Parthian Empire was succeeded by the Sassanid Empire. In India, the Kushan Empire was replaced by the Gupta Empire. China was in the Three Kingdoms period. The Xiongnu formed the Tiefu state under Liu Qubei. Korea was ruled by the Three Kingdoms of Korea. Japan entered the Kofun period.