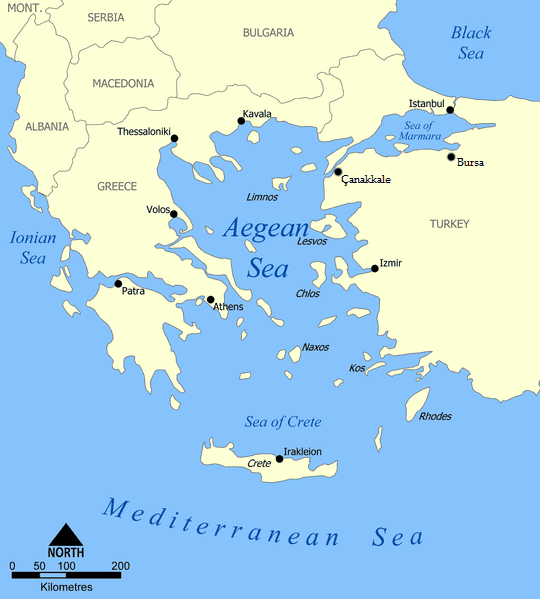 The Aegean Sea is an elongated embayment of the Mediterranean Sea located between the southern Balkan and Anatolian peninsulas, i.e. , between the mainlands of Greece and Turkey. In the north, it is connected to the Marmara Sea and Black Sea by the Dardanelles and Bosporus. The Aegean Islands are within the sea and some bound it on its southern periphery, including Crete and Rhodes. The Aegean Region consists of nine provinces in southwestern Turkey, in part bordering on the Aegean sea.