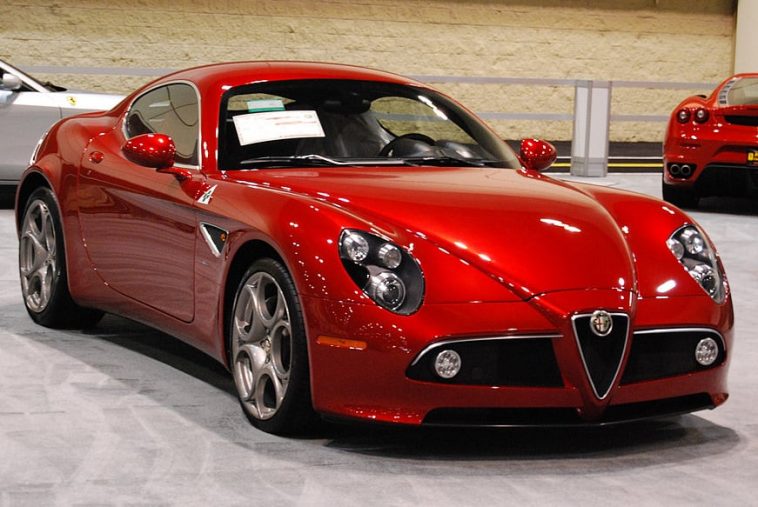 The Alfa Romeo 8C Competizione is a sports car produced by Italian automaker Alfa Romeo between 2007 and 2010. It was first presented as a concept car at the 2003 Frankfurt Motor Show and later released for sale for the 2007 model year. The name refers to the eight-cylinder (Cilindro in Italian) engine (8C) and Alfa Romeo’s racing pedigree (Competizione, Italian for ‘Competition’). Alfa received over 1400 orders for the 8C after the official announcement that the car would enter production.