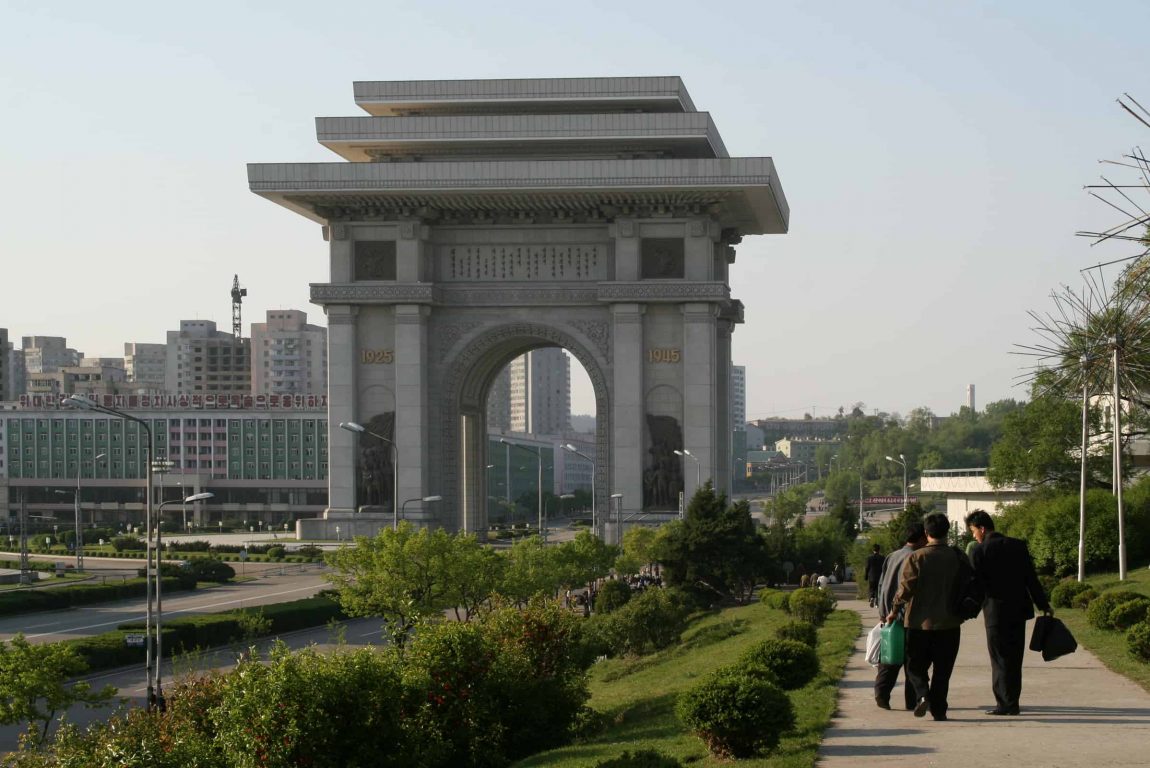 The Arch of Triumph in Pyongyang was built to commemorate the Korean resistance to Japan from 1925 to 1945. Built in 1982 on the Triumph Return Square at the foot of Moran Hill (모란봉) in the North Korean capital city of Pyongyang, the monument was built to honour and glorify President Kim Il-sung’s role in the military resistance for Korean independence.