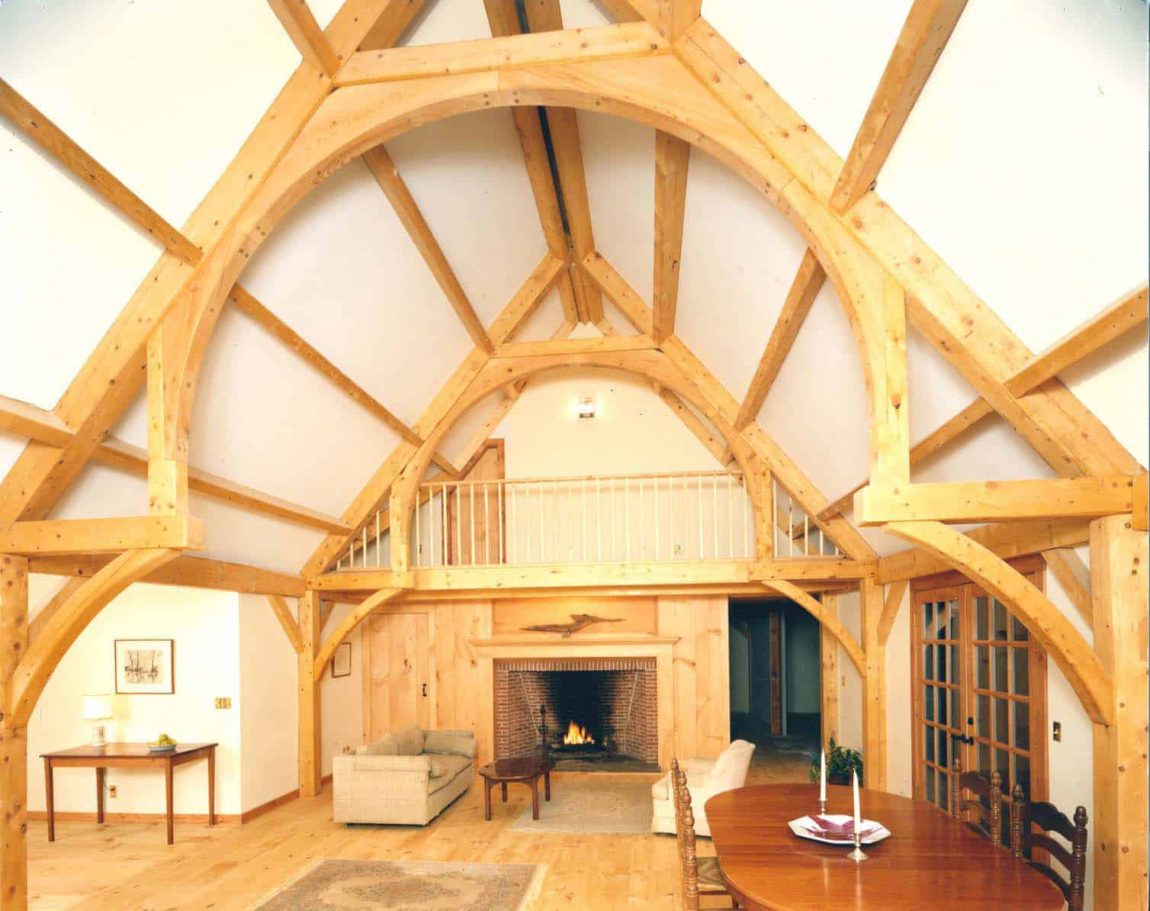 A bent in American English is a framework composed of several structural members that defines the cross-section of a timber frame building or supports a trestle. In British English this assembly is called a “cross frame”. The term bent is probably an archaic past tense of the verb to bind, referring to the way the timbers of a bent are joined together. Similar word in Dutch is bint (gebint), in Frysian is bynt and in German is bind. Compare this with the term bend for a class of knots.