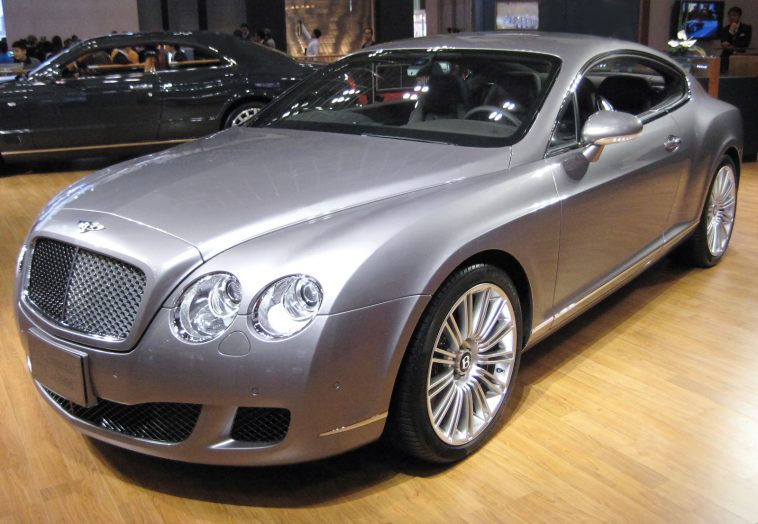 The Bentley Continental GT is a two-door ‘two plus two’ grand touring coupé released in 2003, replacing the previous Rolls-Royce-based Continental R and T. It is equipped with a 6.0 litre twin-turbocharged W12 engine, which produces a DIN-rated motive power output of 560 metric horsepower at 6,100 rpm, and torque of 650 newton metres at 1,600-6,100 rpm. Torsen-based permanent four-wheel drive is standard.