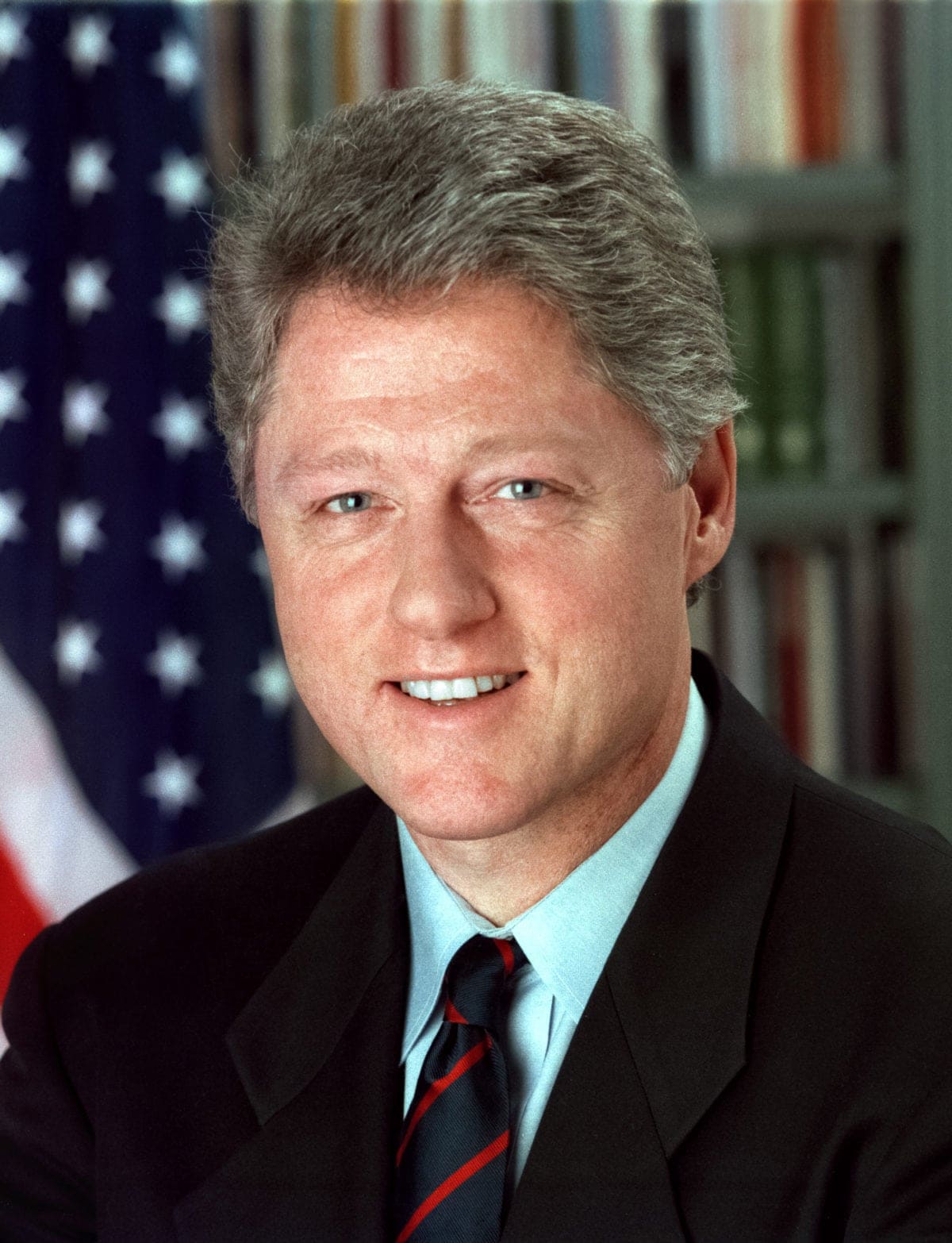 William Jefferson “Bill” Clinton (born William Jefferson Blythe III; August 19, 1946) is an American politician who served as the 42nd President of the United States from 1993 to 2001. Inaugurated at age 46, he was the third-youngest president. He took office at the end of the Cold War, and was the first president of the baby boomer generation. Clinton has been described as a New Democrat. Many of his policies have been attributed to a centrist Third Way philosophy of governance.