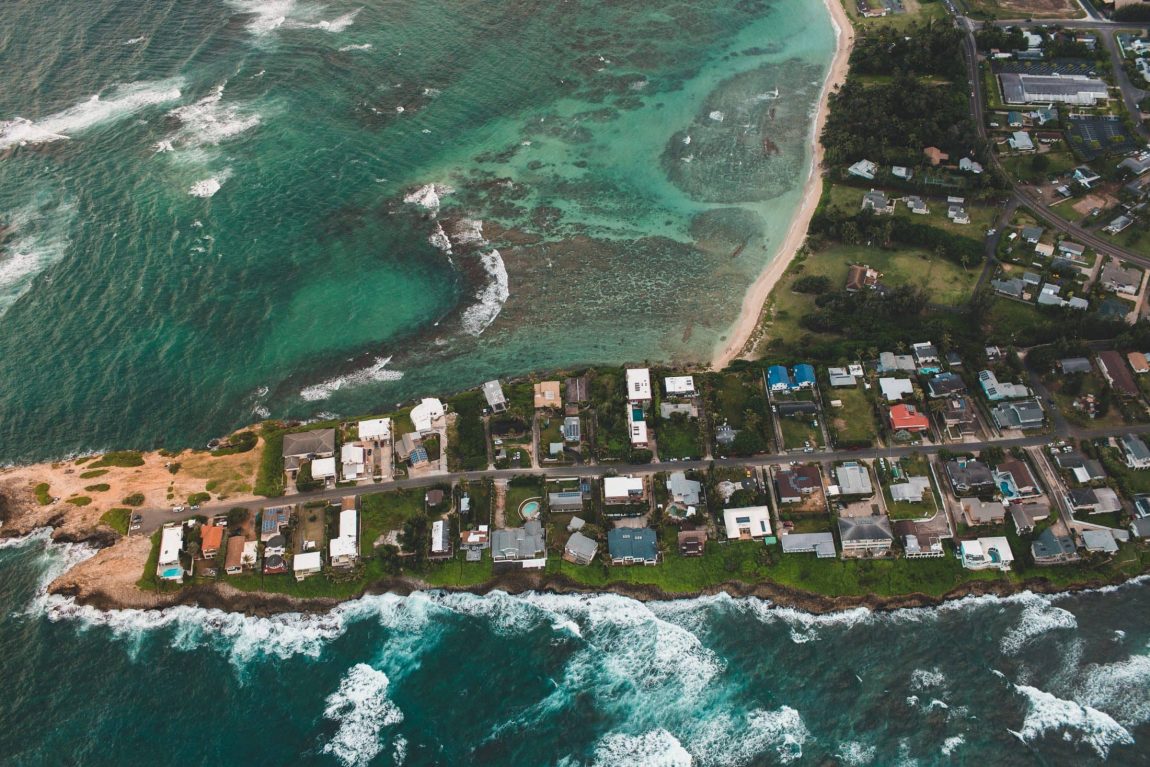 A bird’s-eye view is an elevated view of an object from above, with a perspective as though the observer were a bird, often used in the making of blueprints, floor plans and maps. It can be an aerial photograph, but also a drawing. Before manned flight was common, the term “bird’s eye” was used to distinguish views drawn from direct observation at high locations (for example a mountain or tower), from those constructed from an imagined (bird’s) perspectives.