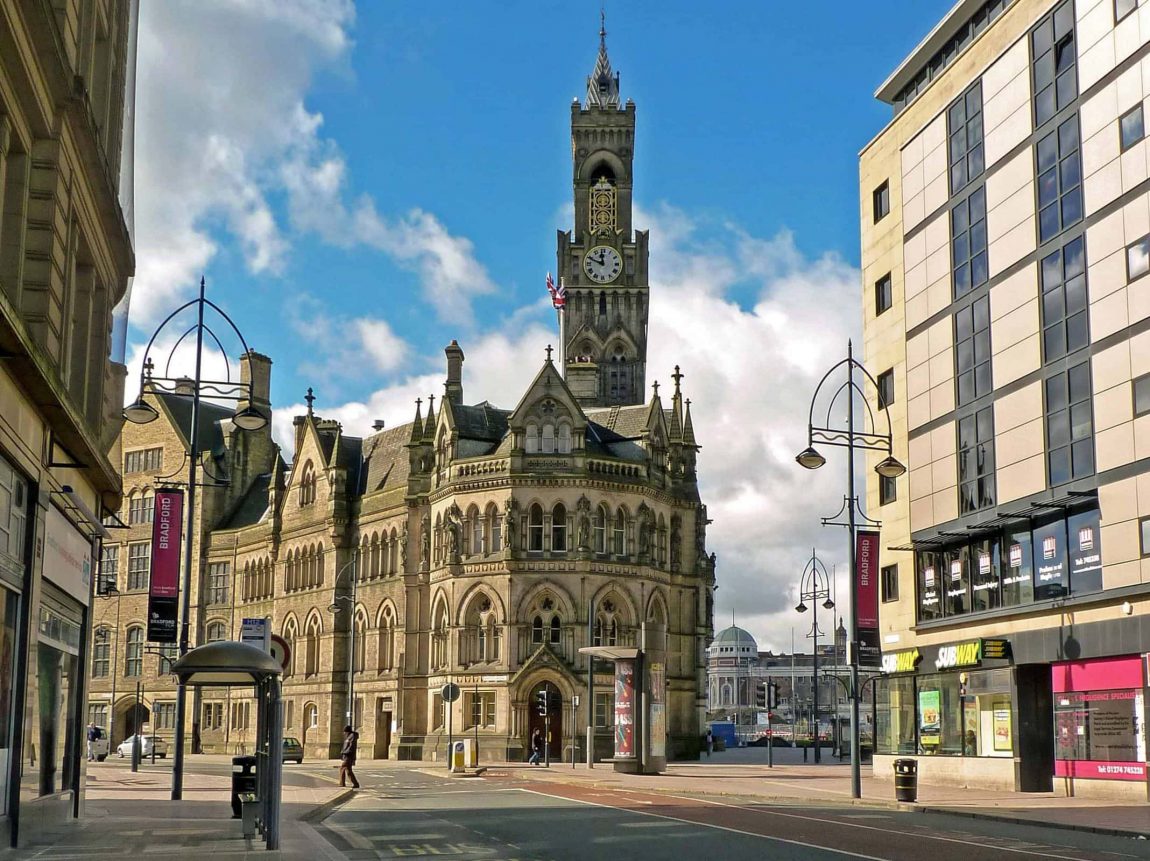 Bradford lies at the heart of the City of Bradford, a metropolitan borough of West Yorkshire, in Northern England. It is situated in the foothills of the Pennines, 8.6 miles west of Leeds, and 16 miles northwest of Wakefield. Bradford became a municipal borough in 1847, and received its charter as a city in 1897. Following local government reform in 1974, city status was bestowed upon the wider metropolitan borough.