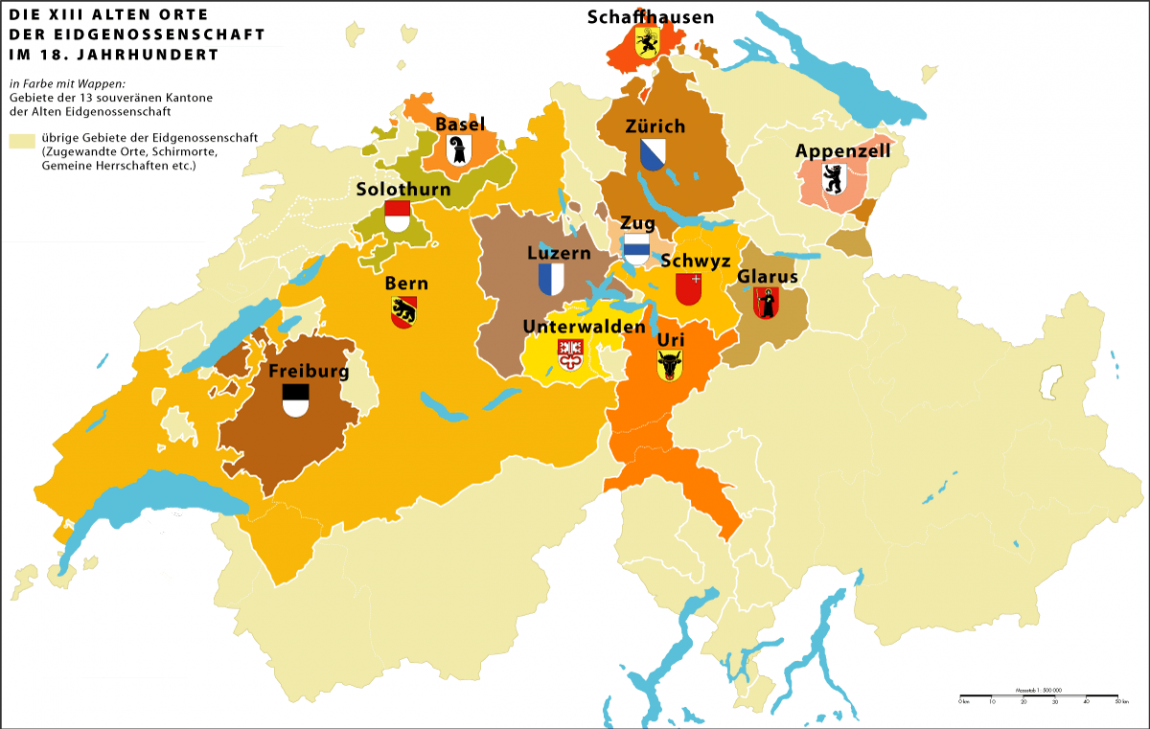 The 26 cantons of Switzerland are the member states of the federal state of Switzerland. Each canton was a fully sovereign state with its own border controls, army and currency from the Treaty of Westphalia (1648) until the establishment of the Swiss federal state in 1848. The most recently created canton is the Canton of Jura, which separated from the Canton of Bern in 1979.