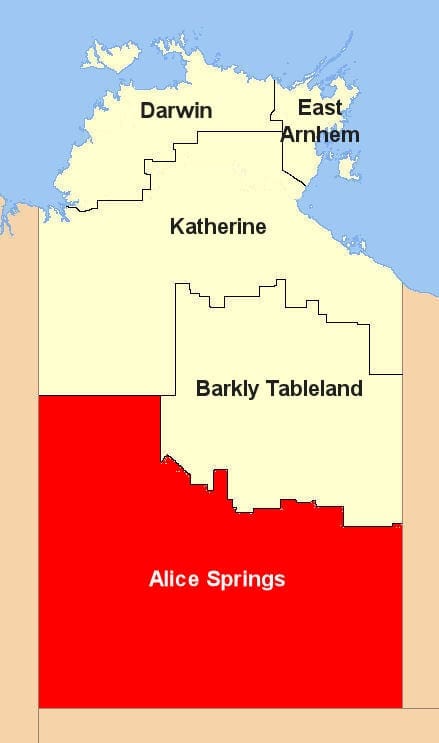 Central Australia, also known as the Alice Springs Region, is one of the five regions in the Northern Territory. The term Central Australia is used to describe an area centred on Alice Springs. It is sometimes referred to as Centralia; likewise the people of the area are sometimes called Centralians. The region is located in the southern part of the Northern Territory spanning from the west on Western Australia Border and to the east on the Queensland border.