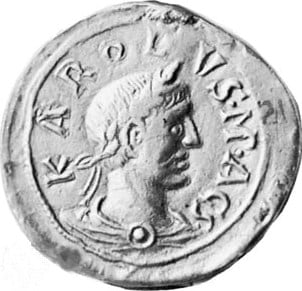 Charles the Fat (13 June 839 – 13 January 888), also known as Charles III, was the Carolingian Emperor from 881 to 888. The youngest son of Louis the German and Hemma, Charles was a great-grandson of Charlemagne and was the last Carolingian to rule over a united empire. Over his lifetime, Charles became ruler of the various kingdoms of Charlemagne’s former Empire.