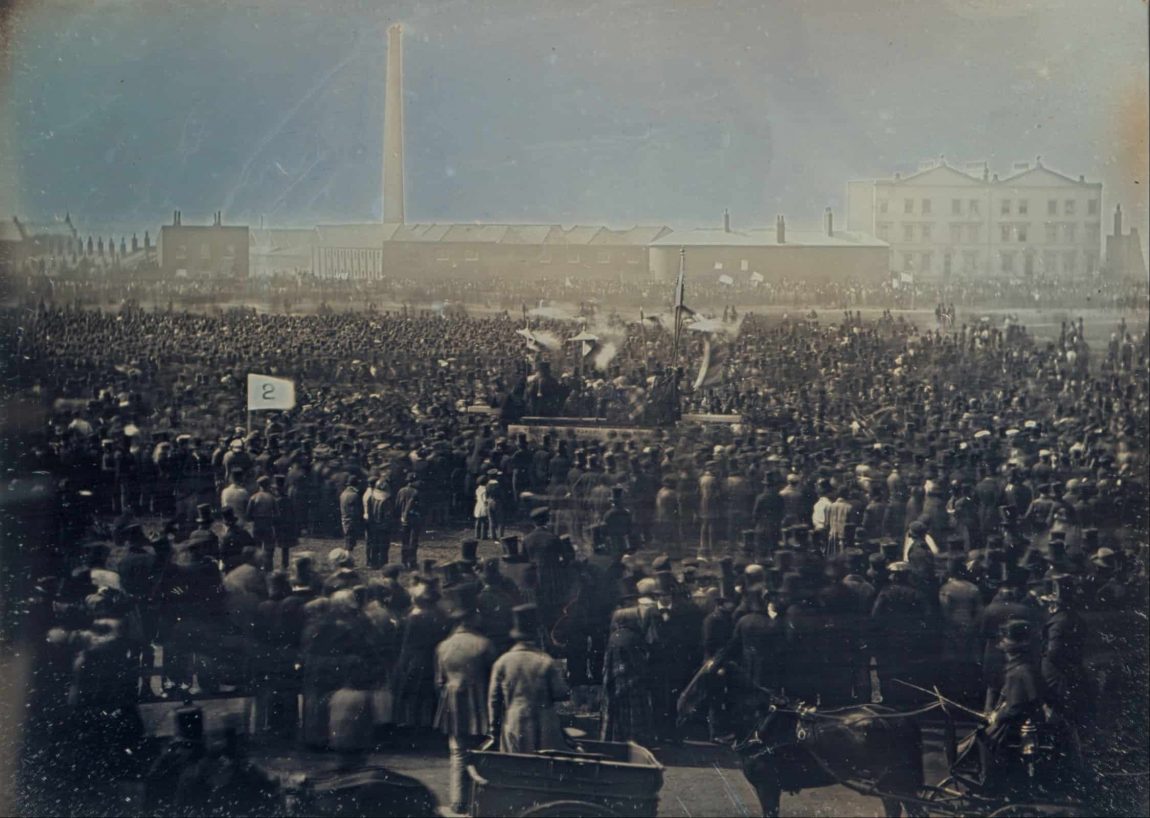 Chartism was a Victorian era working class movement for political reform in Britain between 1838 and 1848. It takes its name from the People’s Charter of 1838. The term “Chartism” is the umbrella name for numerous loosely coordinated local groups, often named “Working Men’s Association,” articulating grievances in many cities from 1837. Its peak activity came in 1839, 1842 and 1848. It began among skilled artisans in small shops, such as shoemakers, printers, and tailors.