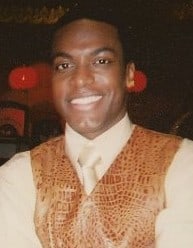 Christopher “Chris” Tucker (born August 31, 1971) is an American actor and comedian. He is best known for playing the role of Detective James Carter in the Rush Hour film series and Danny McDaniels in Silver Linings Playbook. Tucker became a frequent stand up performer on Def Comedy Jam in the 1990s. He came to prominence in the 1995 film Friday alongside Ice Cube, and then appeared in Luc Besson’s The Fifth Element before beginning work on the highly successful Rush Hour films.