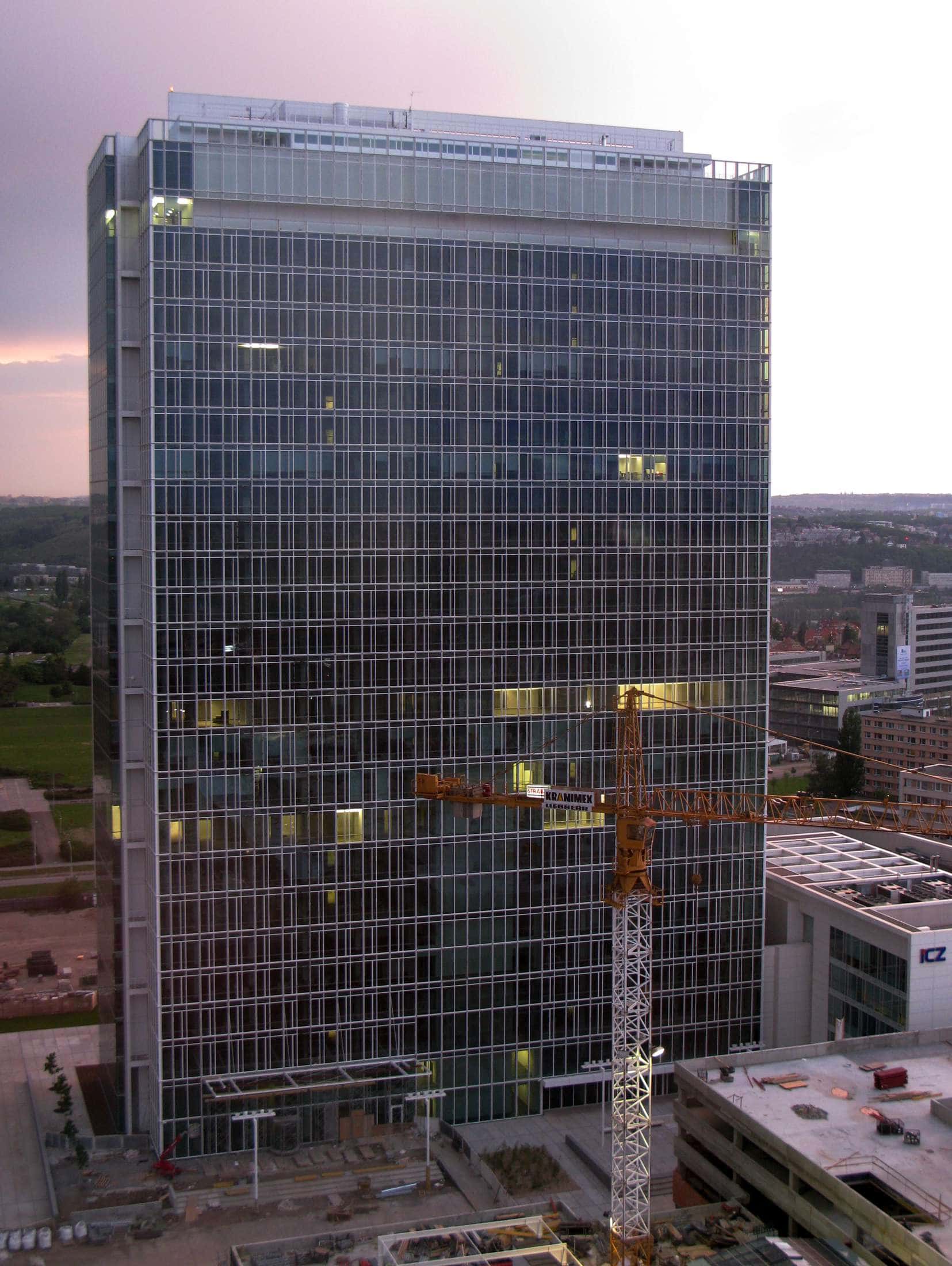 City Tower is a skyscraper in Prague, the second tallest one in the Czech Republic with 109 m in height. Construction started in 1985 and the building was designated as a headquarters of Československý rozhlas. In 1993 the building was nearly completed, but appeared to be oversized for Český rozhlas (which split from Československý rozhlas after the dissolution of Czechoslovakia), technically obsolete and full of dangerous asbestos.