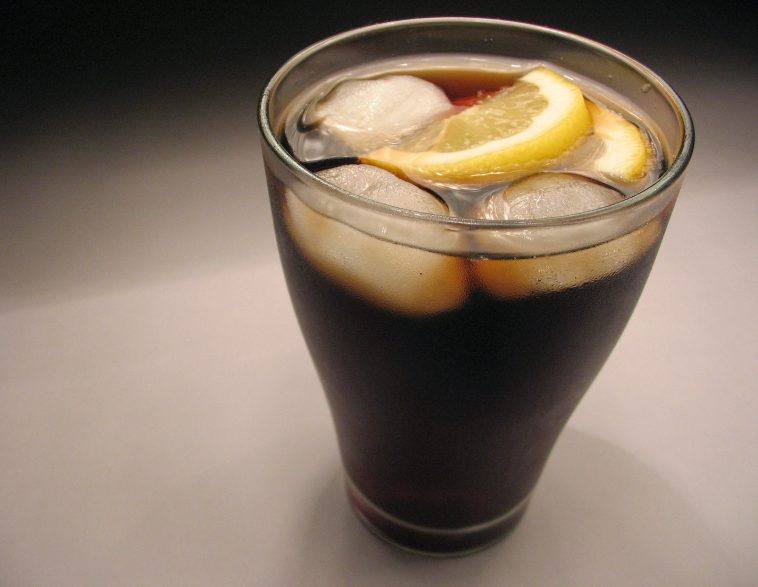 Cola is a carbonated beverage that originally contained caffeine from the kola nut and cocaine from coca leaves and was flovoured with vanilla and other ingredients. Most colas now use other flavoring (and caffeinating) ingredients with a similar taste and no longer contain cocaine. It became popular worldwide after druggist John Pemberton invented Coca-Cola in 1886. His non-alcoholic recipe was inspired by the Coca wine of pharmacist Angelo Mariani, created in 1863; it still contained cocaine.