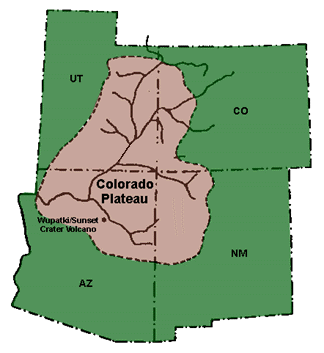 The Colorado Plateau, also called the Colorado Plateau Province, is a physiographic region of the Intermontane Plateaus, roughly centered on the Four Corners region of the southwestern United States. The province covers an area of 337,000 km (130,000 mi) within western Colorado, northwestern New Mexico, southern and eastern Utah, and northern Arizona. About 90% of the area is drained by the Colorado River and its main tributaries: the Green, San Juan, and Little Colorado.