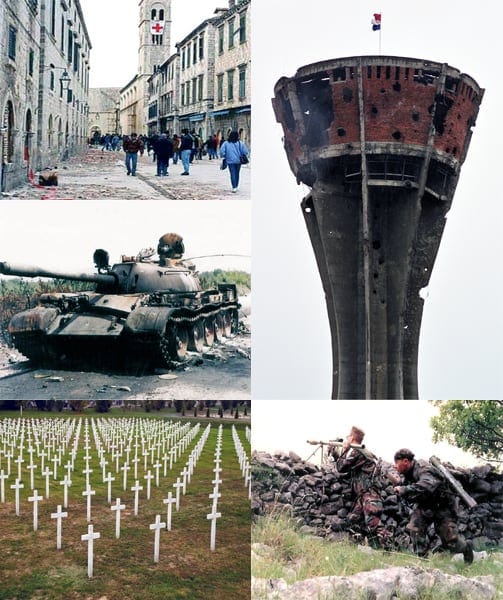 The Croatian War of Independence was fought from 1991 to 1995 between Croat forces loyal to the government of Croatia—which had declared independence from the Socialist Federal Republic of Yugoslavia (SFRY)—and the Serb-controlled Yugoslav People’s Army (JNA) and local Serb forces, with the JNA ending its combat operations in Croatia by 1992. In Croatia, the war is primarily referred to as the Homeland War (Domovinski rat) and also as the Greater-Serbian aggression (Velikosrpska agresija).