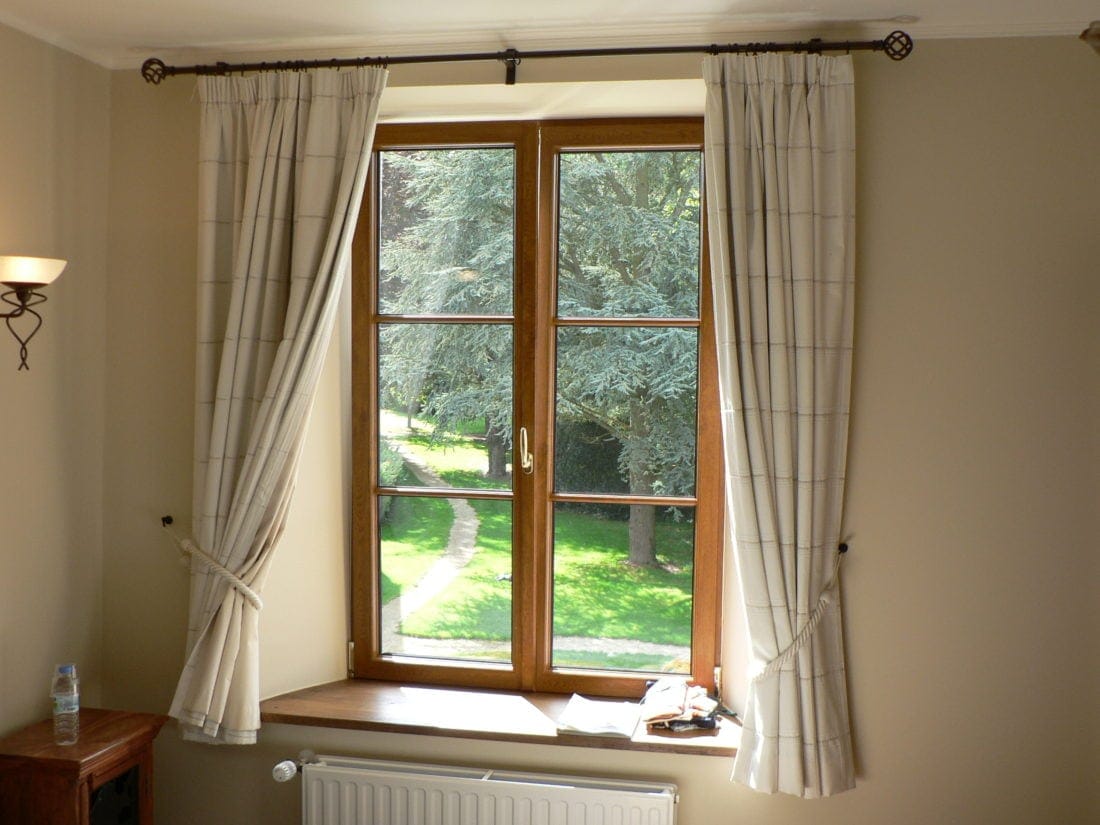 A curtain (sometimes known as a drape, mainly in the United States) is a piece of cloth intended to block or obscure light, or drafts, or water in the case of a shower curtain. A curtain is also the movable screen or drape in a theater that separates the stage from the auditorium or that serves as a backdrop. Although the words curtain and drape are commonly used interchangeably, drapes distinguish themselves by containing lining sewn onto the reverse side of the fabric.