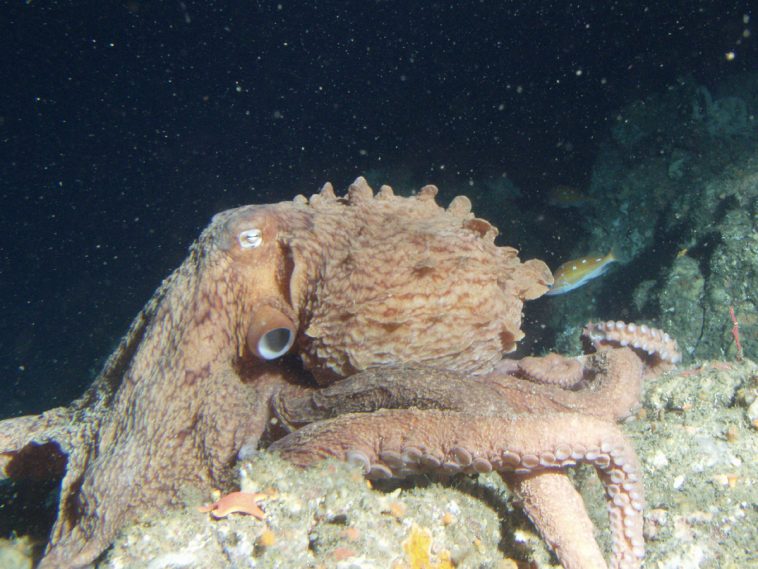 Enteroctopus dofleini, also known as the giant Pacific octopus or North Pacific giant octopus, is a large cephalopod belonging to the genus Enteroctopus. It can be found in the coastal North Pacific, usually at a depth of around 65 m (215 ft). It can, however, live in much shallower or much deeper waters. It is arguably the largest octopus species, based on a scientific record of a 71 kg (156 lb) individual weighed live.