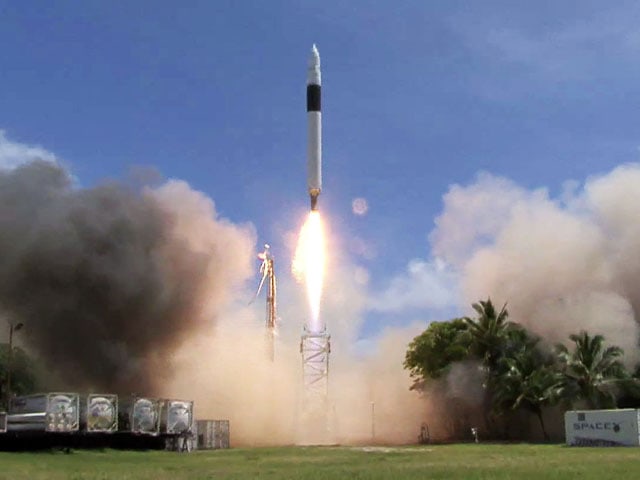 The Falcon 1 is an expendable launch system privately developed and manufactured by SpaceX, a space transportation company in Hawthorne, California. The two-stage-to-orbit rocket uses LOX/RP-1 for both stages, the first powered by a single Merlin engine and the second powered by a single Kestrel engine. It was designed by SpaceX from the ground up and is the first successfully liquid-propelled orbital launch vehicle developed with private funding. The vehicle has made five launches.