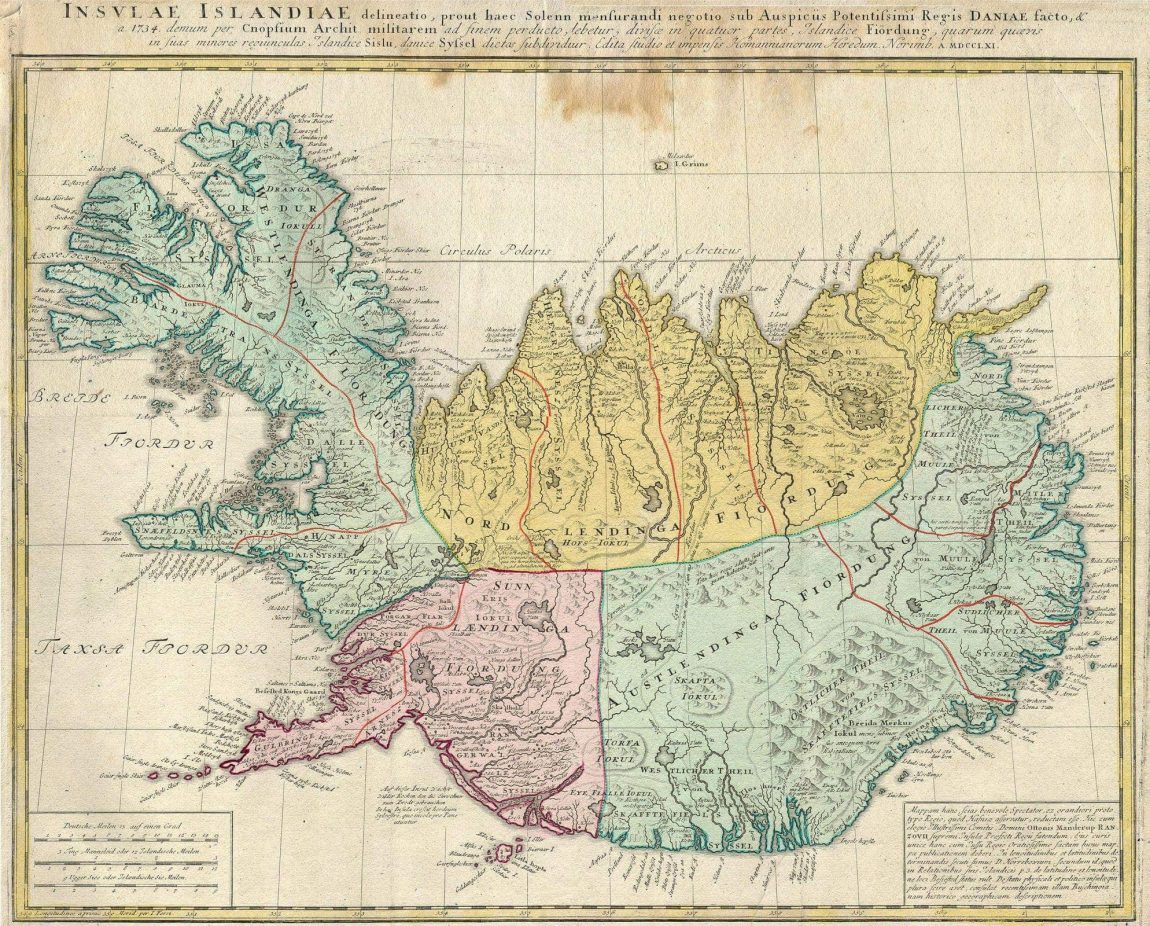 Historically, Iceland was divided into farthings, that were named after the cardinal directions. These were administrative divisions established in 965 for the purpose of organising regional assemblies called farthing assemblies and for regional courts called farthing courts . Each farthing contained three local assemblies (held in spring and autumn) except the Norðlendingafjórðungur which had four.