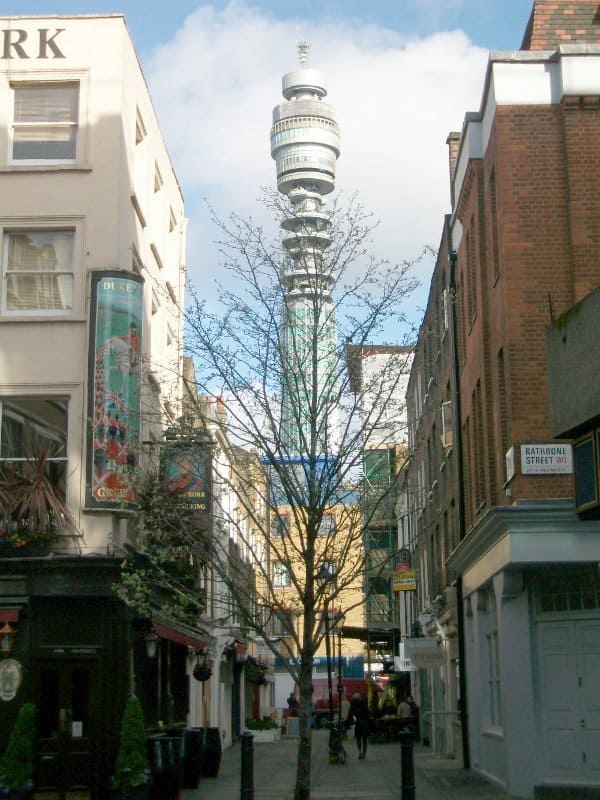 Fitzrovia is a neighbourhood in central London, near London’s West End lying partly in the London Borough of Camden (in the east) and partly in the City of Westminster (in the west); and situated between Marylebone and Bloomsbury and north of Soho. It is characterised by its mixed-use of residential, business, retail, education and healthcare, with no single activity dominating.