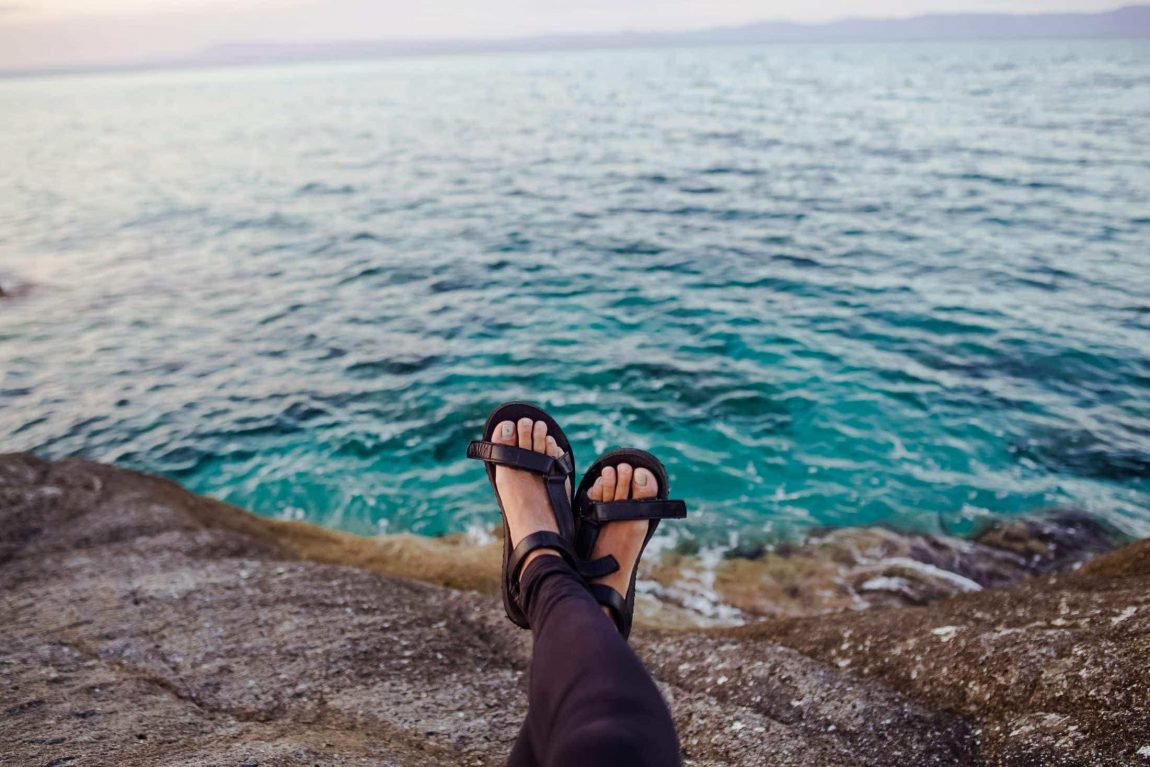 Footwear refers to garments worn on the feet, for fashion, protection against the environment, and adornment. Being barefoot is commonly associated with poverty, but some cultures chose not to wear footwear, at least in some situations. Socks and other hosiery are typically worn between the feet and other footwear, less often with sandals, and flip flops (thongs). Footwear is sometimes associated with fetishism, particularly in some fashions in shoes, including boots.