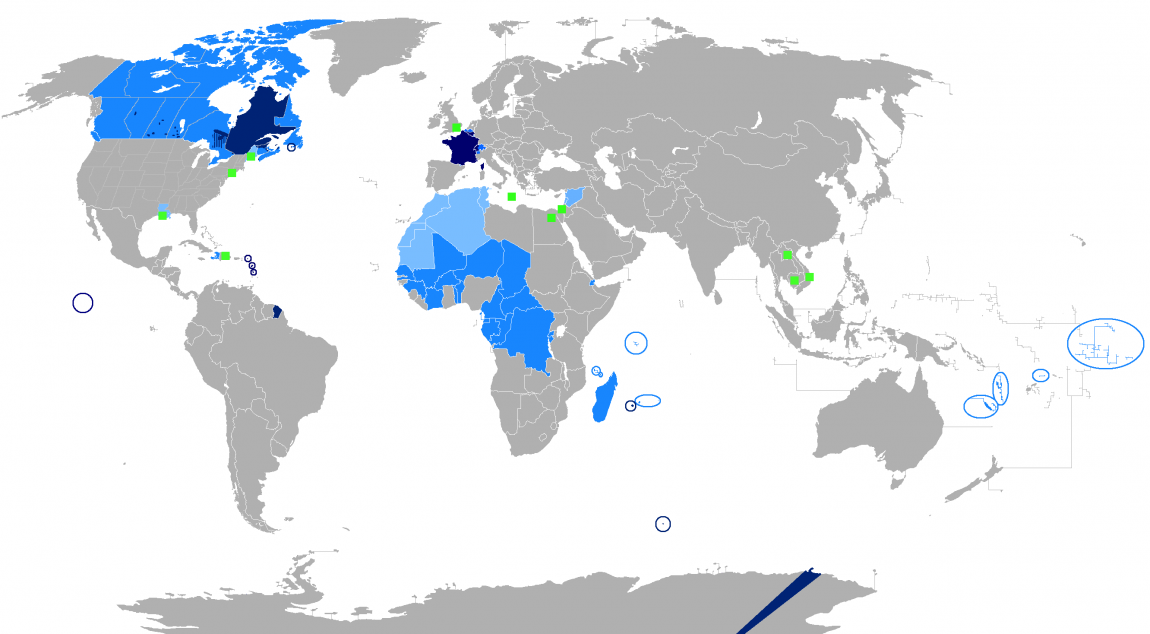 French is a Romance language spoken as a first language in France, the Romandy region in Switzerland, Wallonia and Brussels in Belgium, Monaco, the provinces of Quebec and New Brunswick in Canada, the U.S. state of Maine, the Acadiana region of the U.S. state of Louisiana, and by various communities elsewhere. Other speakers of French, who often speak it as a second language, are distributed throughout many parts of the world, the largest numbers of whom reside in Francophone Africa.