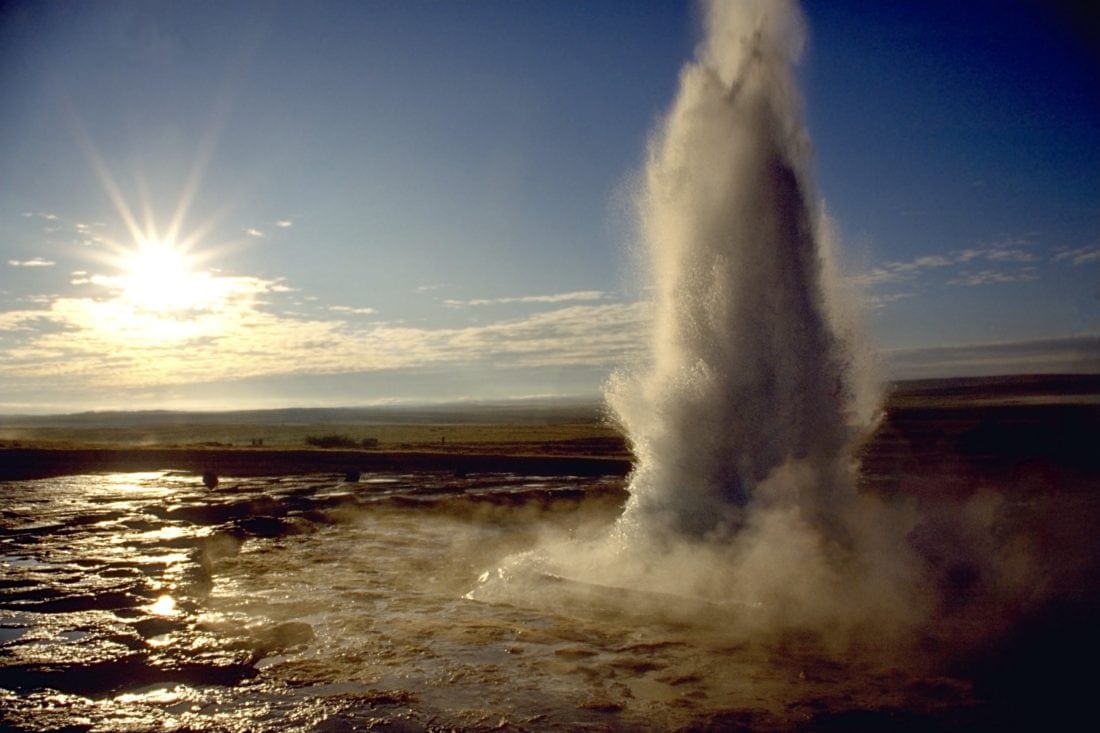 A geyser is a spring characterized by intermittent discharge of water ejected turbulently and accompanied by a vapour phase (steam). The word geyser comes from Geysir, the name of an erupting spring at Haukadalur, Iceland; that name, in turn, comes from the Icelandic verb geysa, “to gush”, the verb itself from Old Norse. The formation of geysers is due to particular hydrogeological conditions, which exist in only a few places on Earth, so they are a fairly rare phenomenon.