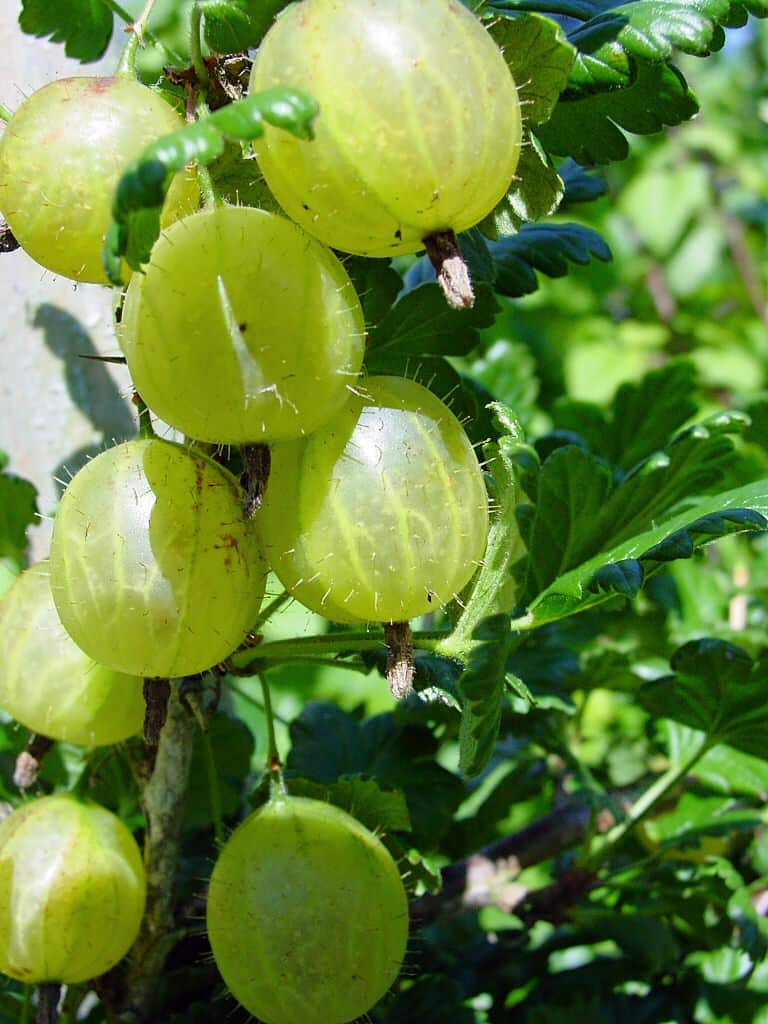 The gooseberry (with scientific names Ribes uva-crispa, is a species of Ribes . It is native to Europe, northwestern Africa, west, south and southeast Asia. Gooseberry bushes produce an edible fruit and are grown on both a commercial and domestic basis. Although usually placed as a subgenus within Ribes, a few taxonomists treat Grossularia as a separate genus, although hybrids between gooseberry and blackcurrant are possible.