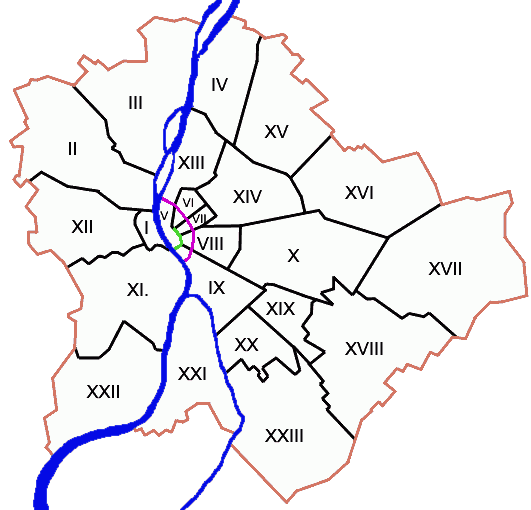 Nagykörút or Grand Boulevard (sometimes Great Boulevard, lit. “Big Ring Road”) is one of the most central and busiest parts of Budapest, a major thoroughfare built by 1896, Hungary’s Millennium. It forms a semicircle connecting two bridges of the Danube, Margaret Bridge on the north and Petőfi Bridge on the south. Usually the part inside and around this semicircle is counted as the city centre of Budapest.