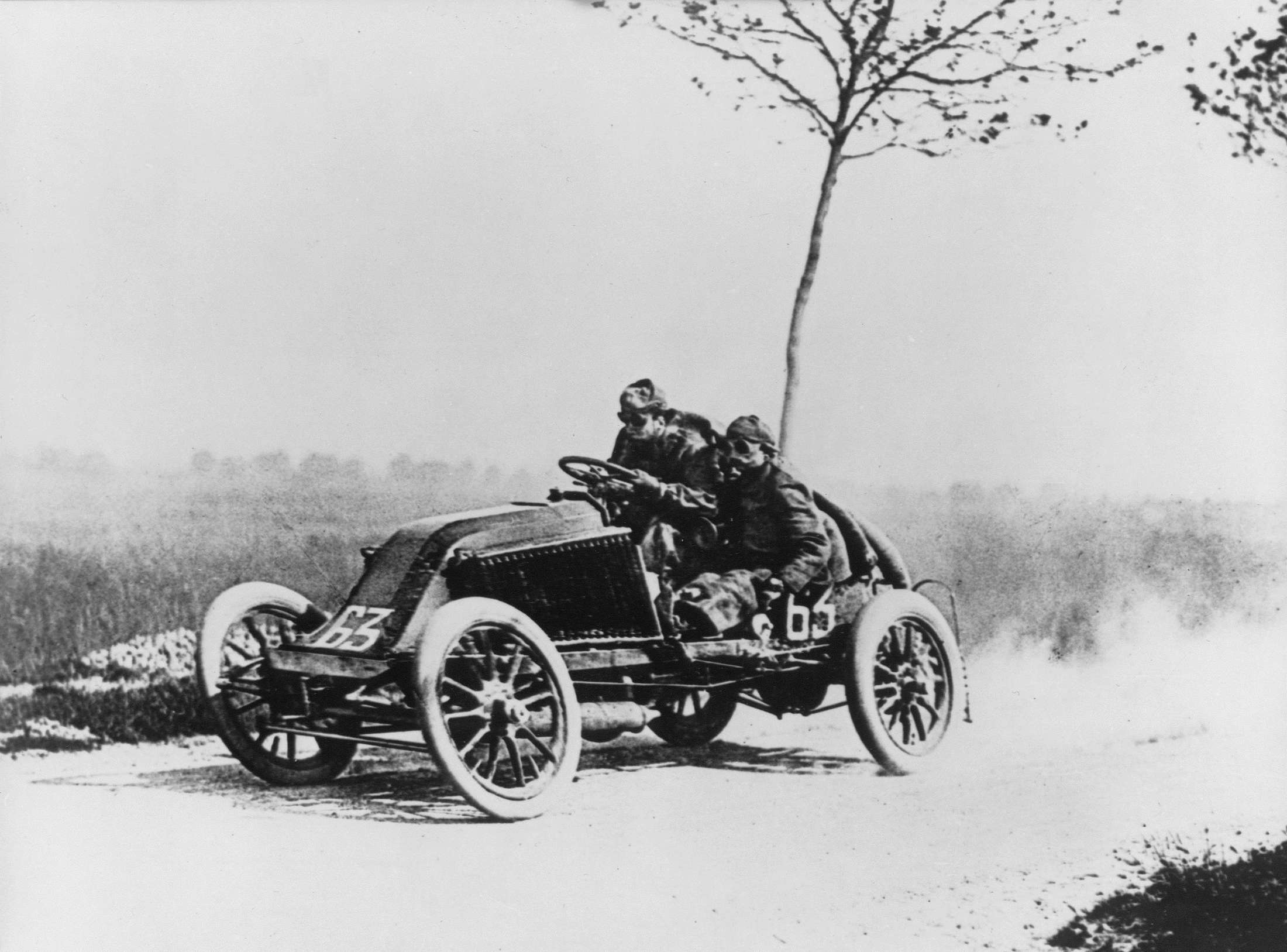 Grand Prix motor racing has its roots in organised automobile racing that began in France as far back as 1894. It quickly evolved from a simple road race from one town to the next, to endurance tests for car and driver. Innovation and the drive of competition soon saw speeds exceeding 100 miles per hour, but because the races were held on open roads there were frequent accidents with the resulting fatalities to both drivers and spectators.