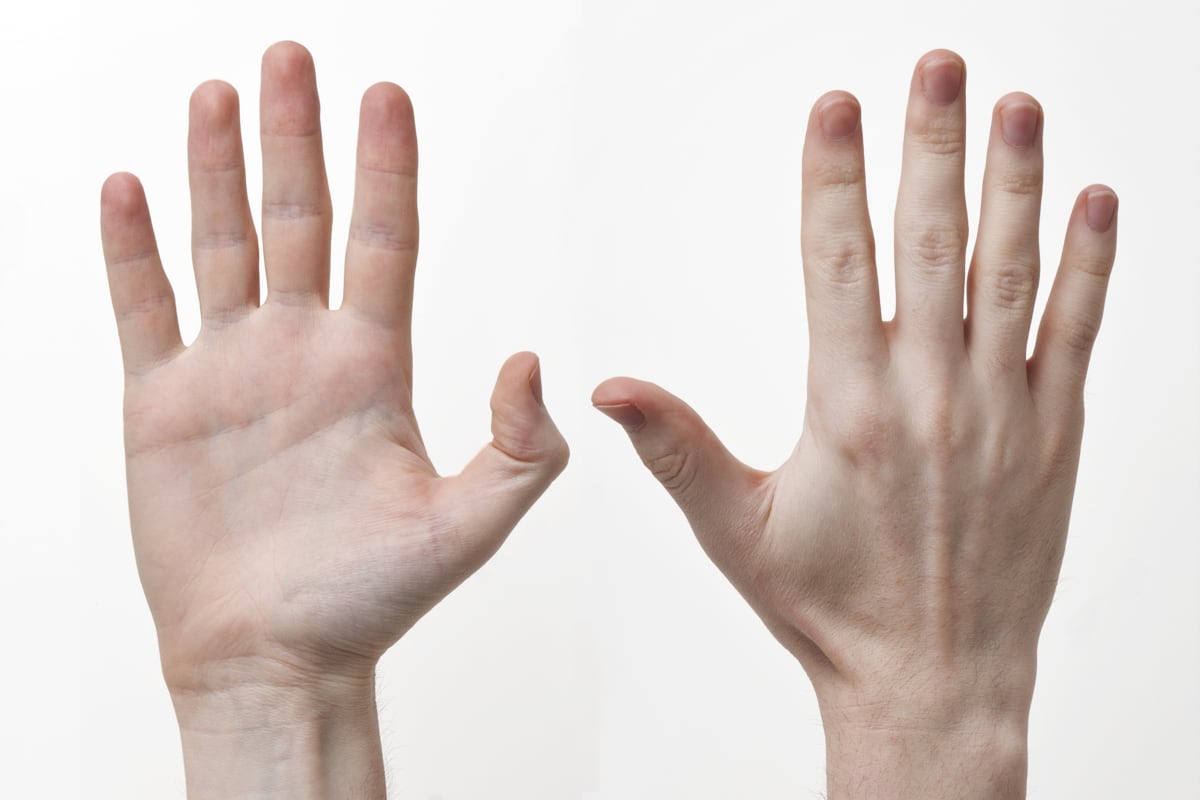 A hand is a prehensile, multi-fingered extremity located at the end of an arm or forelimb of primates and humans, chimpanzees, monkeys, and lemurs. A few other vertebrates such as the koala (which has two opposable thumbs on each “hand” and fingerprints remarkably similar to human fingerprints) are often described as having either “hands” or “paws” on their front limbs.