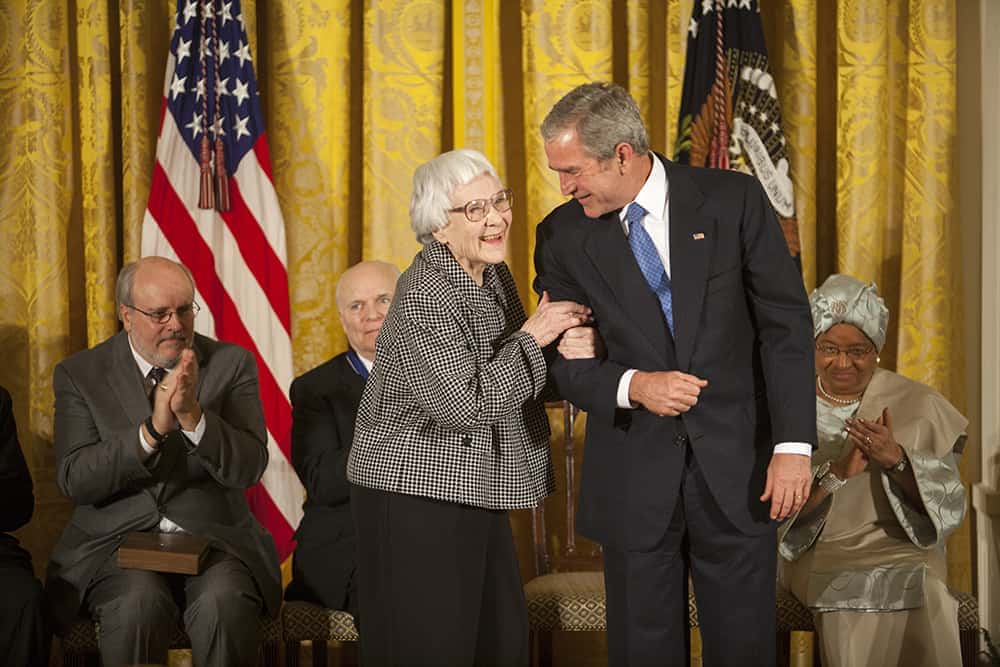 Nelle Harper Lee (born April 28, 1926) is an American author known for her 1961 Pulitzer-Prize-winning novel To Kill a Mockingbird, which deals with the issues of racism that the author observed as a child in her hometown of Monroeville, Alabama. Despite being Lee’s only published book, it led to her being awarded the Presidential Medal of Freedom for her contribution to literature. Lee has received numerous honorary degrees but has always declined to make a speech.