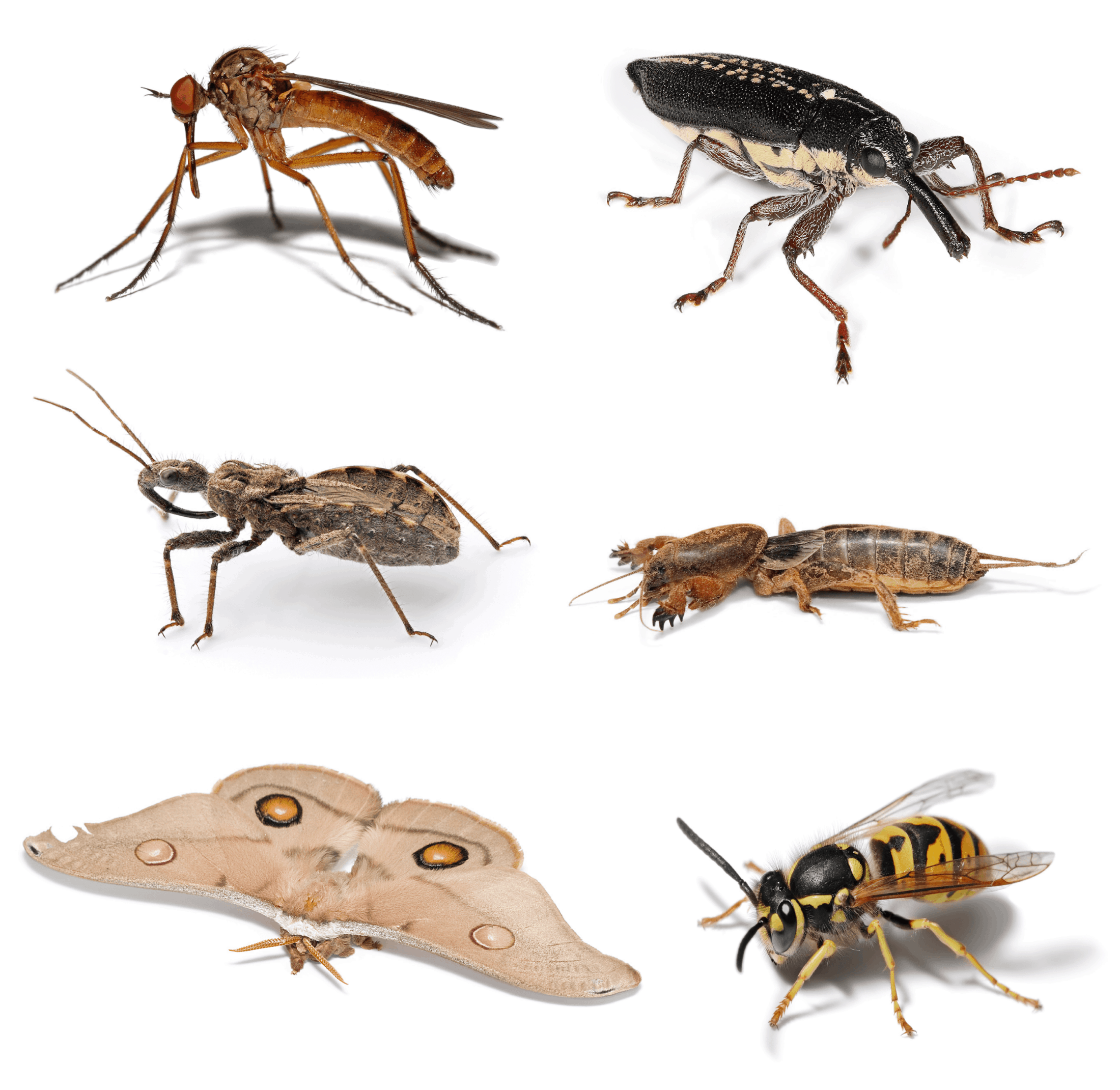 Insects (from Latin insectum, a calque of Greek ἔντομον, “cut into sections”) are a class of invertebrates within the arthropod phylum that have a chitinous exoskeleton, a three-part body, three pairs of jointed legs, compound eyes and one pair of antennae. They are among the most diverse groups of animals on the planet, including more than a million described species and representing more than half of all known living organisms.