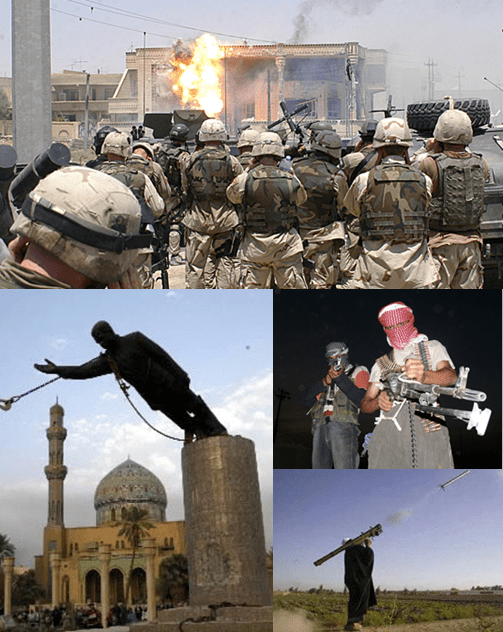 The Iraq War was an armed conflict in Iraq that consisted of two phases. The first was an invasion of Ba’athist Iraq starting on 20 March 2003 by an invasion force led by the United States. It was followed by a longer phase of fighting, in which an insurgency emerged to oppose coallition forces and the newly formed Iraqi government. The U.S. completed its withdrawal of military personnel in December 2011. However, the Iraqi insurgency continues and has caused thousands of fatalities in 2012.