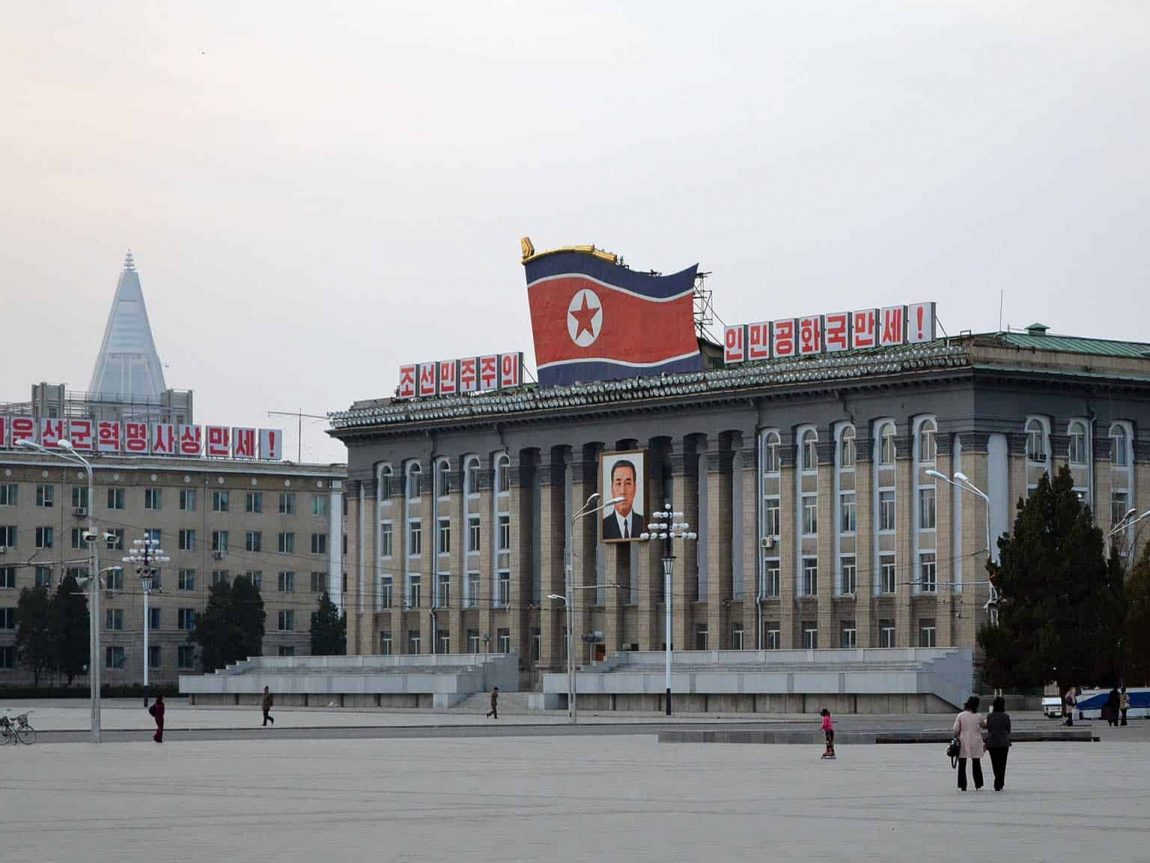 Kim Il-sung Square is a large city square in the center of Pyongyang, North Korea, and is named after the founding leader of North Korea, Kim Il-sung. Opened in August 1954, the square is located on the west bank of the Taedong River, directly opposite the Juche Tower on the other side of the river. It is the 30th largest square in the world, having an area of about 75,000 square meters (807,293 square feet) which can accommodate a rally of more than 100,000 people.