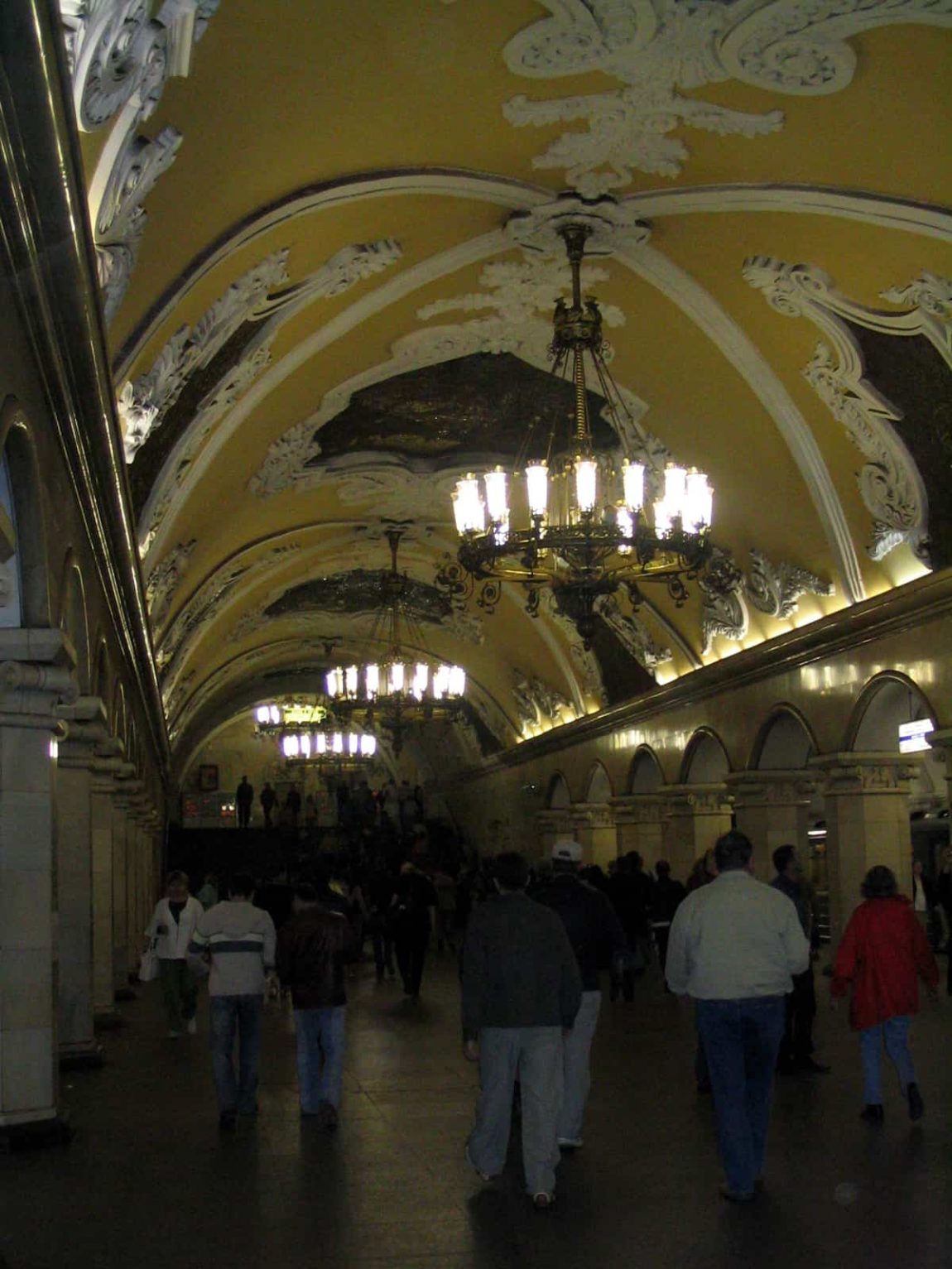 Komsomolskaya is a Moscow Metro station in the Krasnoselsky District, Central Administrative Okrug, Moscow. It is on the Koltsevaya Line, between Prospekt Mira and Kurskaya stations. The station is noted for its being located under the busiest Moscow transport hub, Komsomolskaya Square, which serves Leningradsky, Yaroslavsky and Kazansky railway terminals. Because of that the station is one of the busiest in the whole system and is the most loaded one on the line.