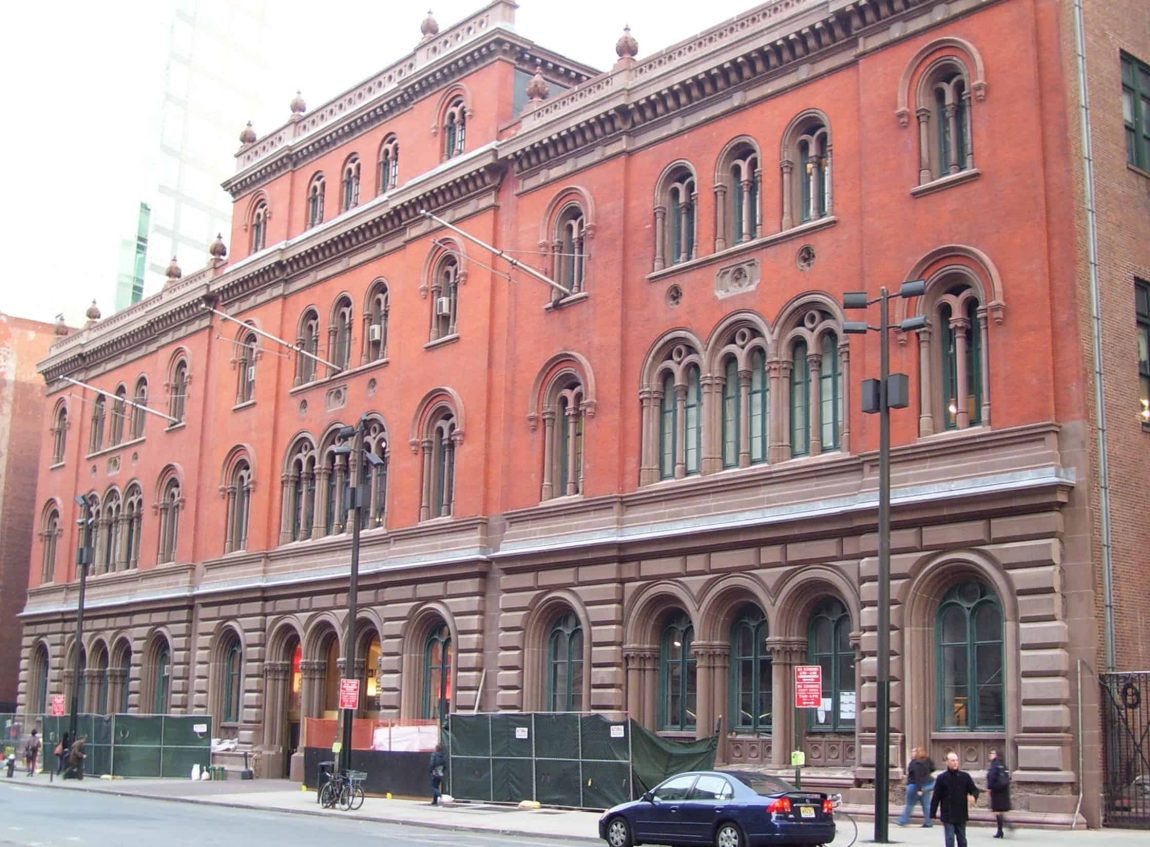 Lafayette Street is a major north-south street in New York City’s Lower Manhattan, which runs roughly parallel to Broadway to the west. Originally, the part of the street below Houston Street was called Elm Place. The street originates at the intersection of Reade Street and Centre Street in Lower Manhattan; this intersection is one block north of City Hall.