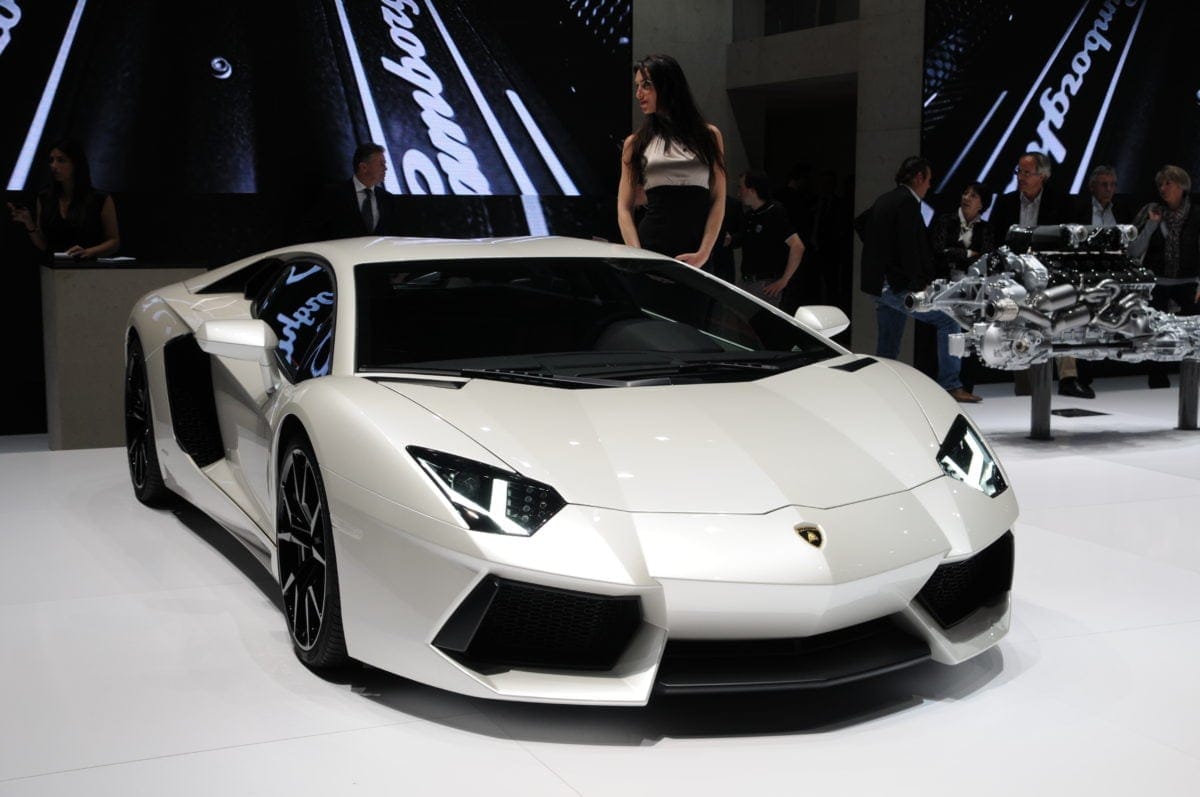 The Lamborghini Aventador LP 700–4 is a two-door, two-seater sports car publicly unveiled by Lamborghini at the Geneva Motor Show on 28 February 2011, five months after its initial unveiling in Sant’Agata Bolognese. Internally codenamed LB834, the Aventador was designed to replace the ten-year-old Murciélago as the new flagship model in the Lamborghini lineup starting in 2011.