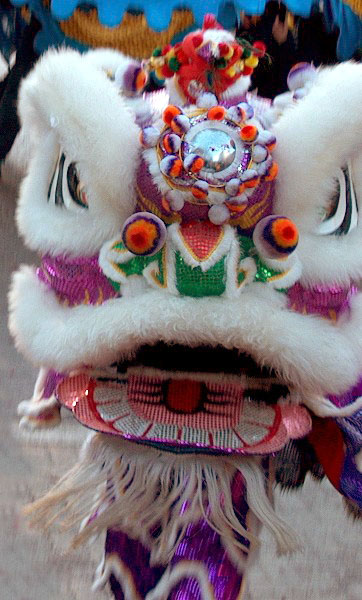 Lion dance is a form of traditional dance in Chinese culture, in which performers mimic a lion’s movements in a lion costume. The lion dance is often mistakenly referred to as dragon dance. An easy way to tell the difference is that a lion is operated by two people, while a dragon needs many people. Also, in a lion dance, the performers’ faces are covered, since they are inside the lion. In a dragon dance, the performers can be seen since the dragon is held upon poles.