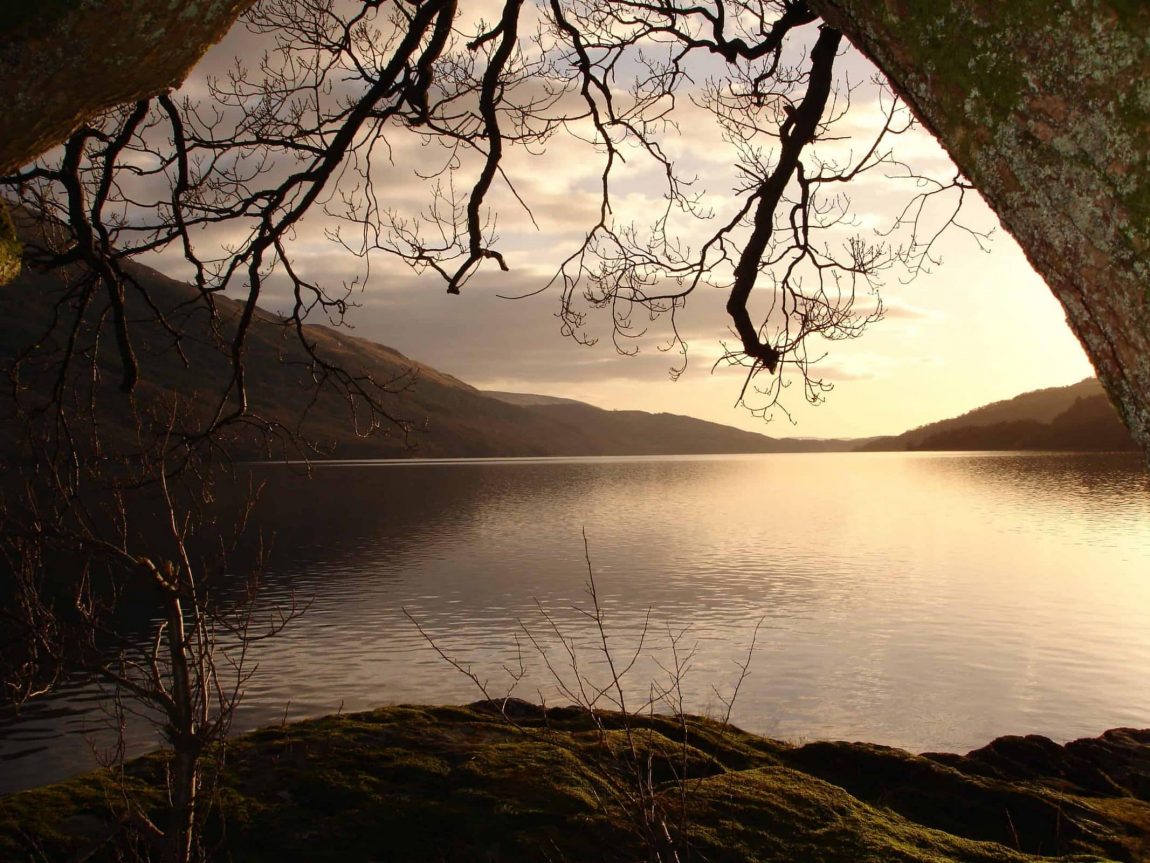 Loch Lomond is a freshwater Scottish loch, lying on the Highland Boundary Fault. It is the largest inland stretch of water in Great Britain by surface area. The loch contains many islands, including Inchmurrin, the largest fresh-water island in the British Isles, although the loch itself is smaller than many Irish loughs. Loch Lomond is a popular leisure destination and is featured in song.