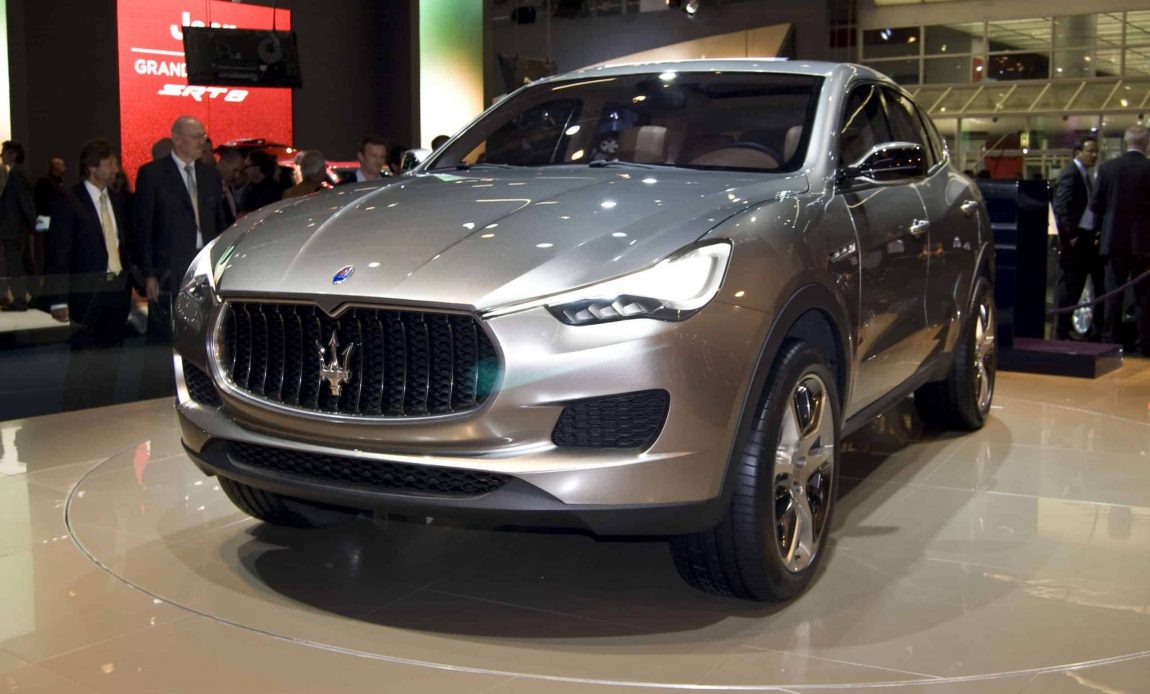 The Maserati Levante is a new luxury crossover SUV based on the Kubang concept vehicle that debuted in the 2011 Frankfurt Auto Show, and will be built by Chrysler (which is partially owned by Fiat, the parent of Maserati) for the 2014 model year as production begins in 2013. It uses the same platform as the Dodge Durango and Jeep Grand Cherokee but is equipped with a typical Maserati body with a prominent grille, front fender vents and LED headlights and tail lights.