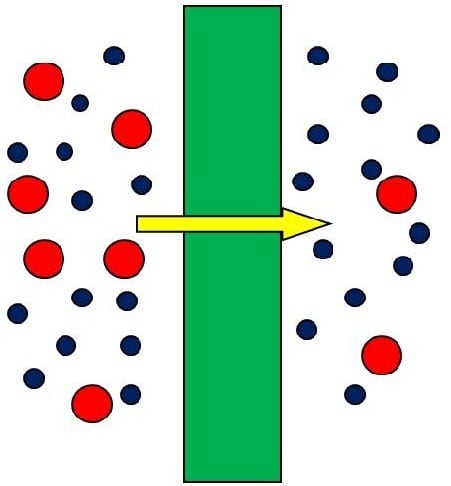 A membrane is a thin, film-like structure that separates two fluids. It acts as a selective barrier, allowing some particles or chemicals to pass through, but not others. In some cases, especially in anatomy, membrane may refer to a thin film that is primarily a separating structure rather than a selective barrier. The concept of a membrane has been known since the eighteenth century, but was used little outside of the laboratory until the end of World War II.